And The Winners Are... By Will Betts

Each year, at the end of January, the NAMM exhibition in California brings together music equipment and pro audio manufacturers from all over the world to show off their latest and greatest products and innovations. 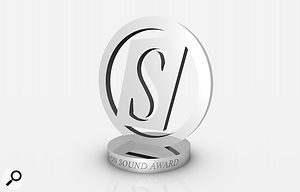 Which products deserve the coveted SOS Award in 2014?

The show is also the perfect opportunity to present the SOS Awards, which celebrate the products that you, the readers, have enjoyed using most over the last year.

As always, nominations for the awards were open to products across 16 categories that had been available for the preceding 12 months. We received an incredible number of votes and we’ll be announcing the winner of our prize draw for voters in the very near future. One lucky reader will receive a fantastic prize bundle of high-end studio kit from Sonic Distribution worth over £16,000, so watch this space!

Meanwhile, we’re proud to present the results of the fourth annual SOS Awards:

That leaves only the Editors’ Choice award, which is selected by the editorial team at Sound On Sound. 2013 was a really productive year for the pro audio industry with loads of great products released. Topping the list though, for us, was SpectraLayers Pro 2 by Sony Creative Software which incorporated some really innovative technology to create a great piece of spectral editing software.

All of the team at Sound On Sound would like to thank you for taking the time to cast your votes in this year’s SOS Awards.

Finally, our congratulations and our thanks go to this year’s winners, and to all the Award nominees, for their hard work in creating such exceptional audio tools for us all to use.