Make me a record that sounds worse than My Bloody Valentine, and I'll make you a star. 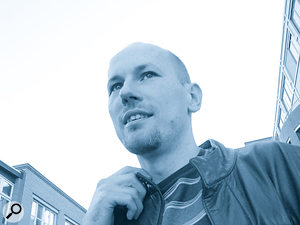 Recently I've been putting a lot of effort into a project I call 'Trying To Like My Bloody Valentine'. In case the name doesn't make it clear, this involves listening to records by Kevin Shields' shoegazing noise merchants, and wondering what it would be like to find them enjoyable.

All of which got me thinking about the point of so-called 'lo–fi' recording. To some degree, we're probably all happy to put up with a few technical imperfections in a recording that captures a stunning performance. But there are lots of cult albums that go much further than this, flying in the face of our preconceptions about what sounds 'good' or 'right'. With MBV, I suspect this is the result of a conscious production choice; in other cases it might be down to ineptitude, laziness or poor equipment. Whatever the reason, some records are just really hard to listen to. Like those early Will Oldham albums that sound as though they were recorded on a broken Creative Labs soundcard. Or the Red Crayola, whose instrumental skills made my five-year-old sound like Paganini. Or, to my ears at least, My Bloody Valentine.

I wonder if these albums actually owe their cult status, at least in part, to the fact that they are so unfriendly or unfamiliar to the listener. They appeal, I think, to a particular kind of fan who wears the difficulty of his music as a badge of pride. Let's call him James.

James is one of the gifted few who can hear genius at work even when it's masked by trivial distractions like tuning, or digital glitches. While the rest of us fail to make it past the gates, James is feasting on the delights within, because James has special faculties of artistic divination. James likes My Bloody Valentine. (James also spends a lot of time updating his blog, and is on nodding terms with several members of Animal Collective.)

Let's take this a bit further. My suspicion is that even James didn't exactly find it easy to enjoy My Bloody Valentine at first. This sort of thing takes stamina. And after he'd made the effort to listen to Loveless enough times for such a strange sound-world to become familiar, he'd made an investment in that album. After all, he'd had to put the damn thing on eight times in a row in order to tap into the spirit of what Kevin Shields was trying to do. He was hardly going to turn round and say "You know what? Thinking about it, it kind of sucked all along."

Maybe, in other words, it doesn't actually matter whether there is any genius involved, as long as your music is sufficiently painful to listen to. Perhaps it isn't necessary for a truly lo-fi album to have brilliant songs, a unique poetic vision and a guest appearance from Billy Childish. Just possibly, the easy path to immortality is to make your album sound unlistenably weird. On purpose.

So here's an idea for you. Next time you're recording some music, don't worry about boring things like songwriting, or acoustic treatment, or playing in time. Pop the mic. Clip the preamp. Record in the box room with the vacuum cleaner running. Choose GM sounds at random, invite Pete Doherty to sing backing vocals, and mix the whole thing on a Ouija board. Make it hard enough on the ear, and maybe no-one will care what your songs are like. They'll be too busy congratulating themselves on having unwrapped the present to notice whether there is anything inside.

I'd try it myself, only I don't want James coming to my gigs.

When not being Features Editor of Sound On Sound, Sam Inglis spends most of his time dreaming about making a record one-tenth as good as Loveless.