Put The Wallet Away And Play

Bless me SOS, for I have sinned. I have scoffed many times at fellow guitarists, who fall into the trap of valuing purchases over practice. Upsettingly, I have come to the realisation that I have become that which I mocked: someone with ‘all the gear and no idea’, whose sole contribution to music is buying equipment. It’s time to confess and hope that others can learn from my mistakes. 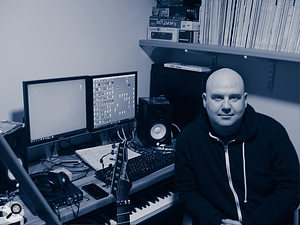 For Christmas when I was 14, Santa brought me a Tascam four–track tape recorder. I wrote and recorded my first song with it. I was unfamiliar with EQ, compression, pitch correction and thus unburdened by the mass of powerful and reasonably-priced equipment that has engulfed many home studios, including my own. The song, although amateurish and awful, was recorded carefree and proudly played to anyone who would listen.

Fast forward a few years and I grew up to be an obsessive, anxiety-riddled perfectionist. Despite being an amateur, I compare everything that I do unfavourably to professional recordings, which results in me continually falling into the trap of buying more equipment to get that polished, ‘professional’ sound.

What this all adds up to is that I have spent a lot of time and money to get a great home recording environment that I could only dream of when I was 14, and yet, despite this, I have produced little of my own material. Most of my output comprises recorded ‘tests’ of equipment or techniques, and I’m ashamed to admit it but I’m not sure I’d be happy to let anyone listen to one of my recordings. I have turned from musician into collector.

So what changed since the days of naively jumping into recording with the sole purpose of getting something on tape? Apart from higher standards, I think the answer is largely that I’m perpetually seduced by the vast array of affordable and superb options available, and I suspect I’m not the only one.

For example, there was a time when I desperately wanted an Eventide H3000 to recreate Steve Vai’s ‘Passion and Warfare’ sound. I couldn’t afford one so the next best thing was an Eventide H9. Has it been useful to recording music, though? It is a fantastic piece of equipment but from a production side, the answer is “no”. All it did was open a Pandora’s box of yet more experimentation and unfinished demos. Yet, for some reason, I still get ‘gear envy’ whilst reading SOS magazine as I pine for equipment I’ve never heard.

I have learned so much about music recording through reading SOS and poring through forums but by doing so, I’ve been conditioned into thinking I need a Royer R121 to make my guitar recordings ‘perfect’, despite knowing that many classic guitar performances have been recorded exclusively with the ubiquitous SM57.

I realise how self-sabotaging all of this is. Having read the same advice time and time again, the consensus appears to be that, although a lot of gear is incredible, good equipment does not equal good recordings. If this is the case, why do we spend so much time and effort to acquire more and more of it, when practice is by far the best way to improve the finished product?

I don’t think it’s laziness, more a lack of focus and looking for inspiration in the wrong places. So I recently tasked myself with recording a basic song just to ‘get something down’, whilst following a list of rules that were geared for productivity, rather than attaining ‘perfection’. These included:

The finished song is far from perfect but it felt good to achieve something and I gained some satisfaction for the first time in a while. It won’t win any awards or even sell a single copy, but that 14-year-old boy would have been proud. And for now, that’s good enough for me.

Aaron’s dream of being a hair metal guitar hero died with his follicles. He hopes to quit his soul-destroying job to make money from music. He hates having his photograph taken.