Sounding Off: Are DJs Musicians? Skip to main content

Sounding Off: Are DJs Musicians?

Some say that DJs are the superstars of tomorrow — but they said that yesterday... The truth is that DJs have always been superstars — how else is fantastic music played to hordes of partygoers and aficionados alike? Magazines can only go so far in explaining what songs sound like, and everyone perceives music differently, so are they exactly reliable? A good DJ will go that extra distance to bring you the best sounds you've never heard. 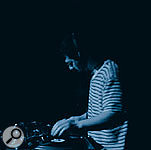 Some of my favourite DJs were the ones doing the rave circuit in the early '90s, just because the sounds they were playing felt like another universe crashing into my previous conceptions of music. I remember buying tape packs and absorbing sounds which until that moment I didn't even know existed!

It is a great shame that the majority of radio stations operate with identical playlists — the radio DJ is in a unique position to expose unheard music to a much wider audience. It's testament to this that the late John Peel was heralded as one of the most important men in 20th century music. Unaffected by commercialism, his eclectic broadcasts introduced many new acts into the mainstream. This injection of talent kept an increasingly stale industry on its toes, but now a new breed of DJ is emerging.

With more and more music being made but less and less places to play it, the hip-hop mixtape phenomenon has taken hold, with streets and markets being flooded with homemade CDs. This enables new songs to reach an audience literally hours after completion, and the race is on to find the hottest exclusives. In the US some mixtapes even outsell artist albums!

A truly great hip-hop DJ displays musicality, originality, skill and dedication. If you possess these qualities you have the right to call yourself a turntablist; one who uses the turntable as an instrument.

Let me take a minute to break down each aspect of turntablism, beginning with musicality. Many of the greatest musicians have no musical training, they can just feel when something is right, and this is true of most turntablists. From the seamless blending of two songs to the complex arrangement of super-fast scratch patterns, a gift for music theory is essential.

Some turntablists take things further by creating whole compositions using loop pedals and even pressing up their own records! The juxtaposition of pitch and direction of the record with the formation of 'syllables' on the crossfader can produce alien language, and has influenced many eccentrics to push the boundaries of scratching in a quest to communicate with one another.

There are some DJs whose styles are so distinct that within minutes, you can tell who it is. How can that be? Well, maybe they're chopping sounds together in a trademark style, or maybe the scratching displays a distinctive natural finesse. The technique of freestyle scratching is where learnt patterns are strung together in a flow of conscious movement by the hands, so everyone's style is a little different.

Skill and dedication go hand in hand, and as with any instrument, a serious amount of hours need to be spent honing your talents. Practice, practice, practice really is the key to all the above.

A good DJ will go out of their way to find the killer record you need to hear, but the turntablist can make you listen to familiar records in a new context, for example cutting a kicking Beyoncé vocal over a classic James Brown instrumental — there really is no limit to what you can play. Some turntablists make whole tapes playing '80s pop songs, but do it in such a way that the whole mix feels like an adventure back in time.

One rather unique skill I must mention is a trademark of the top battle DJs. 'Juggling' is the live remixing of tracks using two records. By memorising the position of a groove in relation to the centre label, a turntablist can loop short sections of music, punching-in snares or other sounds, creating new fills and rhythmical patterns. Combine this with the unlimited supply of vinyl records and strange things start to happen. 'Disses' can be directed to other DJs by rearranging rap verses, musical phrases can be replayed in different orders and grooves can even be 'locked' using stickers.

This relentless quest to try and get the most out of bits of vinyl has revolutionised the way we make and sell music. From using obscure samples and noises, to uncovering rare tracks and inventing new marketing schemes — some even say the DJ is the musician of the future!

Harry Webley, aka DJ Moschops, is one of Ireland's top turntablists. He is involved in youth workshops around Dublin and performs regularly with rap crew 'Urban Intelligence'.