Sounding Off: Is Bigger Better? Skip to main content

Sounding Off: Is Bigger Better?

Is bigger better... or just bigger?

In my December 2014 Sounding Off article I talked about setting up a new Windows 7 64-bit audio workstation and how I used the “opportunity” (read many painful hours) to streamline my workflow by reducing the number of plug-ins in my arsenal. 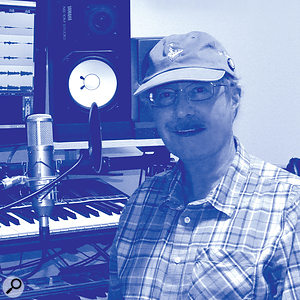 As I indicated then, I moved from a 32-bit OS to 64-bit, but what I did not describe, since I hadn’t finalised my overall system when I submitted the article, was I ended up staying with my 32-bit DAW. Why, you ask? There are several reasons, but for one, 32-bit Reaper actually uses 64 bits for internal processing, so the 64-bit version offers no improvement in computational accuracy, required when lots of maths are involved. Further, all my go-to plug-ins were 32-bit architecture.

But time moves on, audio software developers make newer and ‘better’ tools, and they stop writing code for 32-bit operating systems. Reaper can automatically bridge to 64-bit plug-ins from its 32-bit version, so I can use 64-bit effects in my trusty 32-bit DAW, but this is the 21st century! A 64-bit program in a 64-bit operating system should yield more processing power, right? So I decided to install the latest 64-bit Reaper and give it a try.

The new version automatically populated some effects categories with tools such as Reaper’s ReaFX, and some third-party plug-ins were listed in specific categories, such as Mastering and Analysis tools, but most plug-ins, 32- or 64-bit, were not listed.

So I spent more wistful hours reviewing and selecting a set of 64-bit and 32-bit plug-ins for the new version. And I had a few good surprises. I found several useful 64-bit plug-ins I didn’t even known I had, ‘gifts’ from companies whose software I’d bought in the past, but since they were 64-bit only, I’d downloaded them to my main VST64 folder and forgotten them. Embarrassing, yes, but it was Christmas all over again!

One thing I immediately realised was that a 64-bit DAW cannot use any of my venerable DX/DXi plug-ins, and some of those, ancient as they may be, are unique in function and fine in sound quality. But maybe the blazing performance gain would make up for that...

I hadn’t seen much written on 64-bit versus 32-bit performance in recent years, but in the November 2010 SOS article ‘Should Musicians Move To A 64-bit OS?’ a test of Cubase found that the 64-bit version provided only about a five-percent improvement in performance over the 32-bit version, which was nothing to write home about. But code has been improved and optimised over the years, so I was hopeful to see more improvement.

I found a reduction in total CPU usage averaging about 10 percent, but total CPU usage is not the best measure of how close you are to audio drop-outs! The best measure is real-time CPU use — the amount of CPU resources required to maintain a stable audio thread — and I found this also decreased about 10 percent at best. However, even my 32-bit DAW draws less than one percent real-time CPU resources with a couple dozen audio tracks and six dozen effects. The largest mix project I’ve ever done required less than 10-percent real-time CPU use; the 64-bit version might reduce this to less than 9 percent! So, for almost any mix project I’ll ever run, 32-bit versus 64-bit is a non-issue when it comes to the DAW.

But what about RAM access? Certainly a 64-bit program can access a lot more RAM than a 32-bit version. I have several 64-bit virtual orchestra programs that I often run within my DAW, and when I run them within 32-bit Reaper they still have access to the full 64-bit addressing space. No problem loading 8-10 GB of samples into RAM; again, nothing’s gained using the 64-bit DAW. And if I load old projects into the 64-bit version, I get a list of missing DX and DXi plug-ins. Is this progress?

So, for my use, the 32-bit DAW is more flexible than the 64-bit version, and runs every type of plug-in I have. I certainly hope no one decides we need a 128-bit OS any time soon!