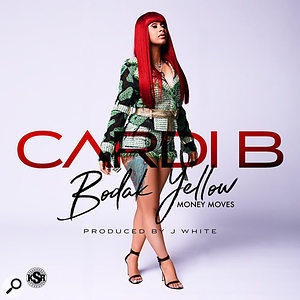 Behind this production’s stripped-back facade lie a number of interesting nuances. You may not initially notice that the final note of the main B-C-E-B-C-E-B-C melodic riff switches between C and E on alternate bars, and there are a number of further variations besides: the intro’s E-B-E-E ending; the tape-stop interruption first heard at 0:59; and the octave-dropped version that appears, rather intriguingly, just the once at 0:30-0:45. I also like the inventive kick-drum programming — the simple trick of displacing the lone 808’s hook-section position from the downbeat at 0:15 to the first backbeat at 0:31, for instance, and the contrast between its sustained tone and that of the shorter, higher kick at 0:23. The highlight, though, is its subsequent cadenza at 1:17-1:32 (foreshadowed in the intro’s closing fills), which supports Cardi B’s own shift towards insistent triplet 16ths. Another peculiarity is the disjunct between the arrangement structure and the rap. The second half of the backing track (1:47-3:35) pretty much repeats the first (0:15-1:47), but Cardi B doesn’t totally follow that lead: in the first half she delivers eight bars of hook and 16 bars of verse, whereas in the second half she reduces the verse to 12 bars, begins her triplets passage four bars ahead of the kick-drum filigree, and delivers the first part of the third hook section over a backing texture previously associated with verse one.

Still, every section of this production is clearly cut from the same cloth, delivering a continuity of sonics and general atmosphere that make it instantly recognisable, however small a snippet you happen to hear — no small consideration in marketing terms. Within this context, the internal programming details and tectonic shufflings help maintain the freshness of its relatively small stock of musical material, despite eking it out over a full three and a half minutes. And the beauty of this slightly paradoxical musical backdrop, at once constantly churning and yet somehow fundamentally consistent, is that it throws the expressive range of the vocal performance into greater relief, helping it pack its emotional punch without recourse to the melodic and harmonic devices of competing styles.

I discovered something rather unusual about the vocal too: if you mix together the first and second hook sections with the polarity of the latter inverted, you can mute most of the backing track, but the vocal doesn’t disappear at the same time. Had the vocal been performed anew for each hook section, this wouldn’t be too surprising, but here the vocal is clearly a single performance that’s been copied. This indicates that the timing synchronisation between the lead vocal and the beat wasn’t maintained during the copying process, and specifically that the vocals are about 7ms earlier in the second hook and about 5ms earlier in the third. Depending on your levels of cynicism, you could interpret this as either a subliminal attempt to enhance Cardi B’s apparent rhythmic urgency, or just a product of slapdash Pro Tools editing... Mike Senior 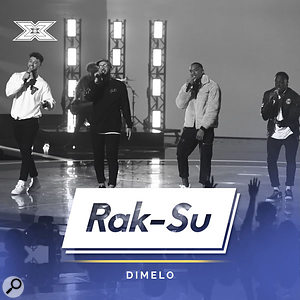 As befits the reggaeton flavour, the kick and bass are huge in this mix. Unfortunately, this is at the expense of sonic thinness elsewhere. This is already apparent in the opening beat-free chorus, which lacks low mid-range warmth compared with most other chart tracks. On the plus side, the slim-sounding introduction means the beat, entering at 0:21, makes a big impact and there’s no danger of the overall mix tonality becoming woolly despite generous helpings of sub-100Hz low-end energy.

From a more negative perspective, it leaves the record sounding rather scratchy compared with things like Luis Fonsi’s ‘Despacito’ or CNCO’s ‘Reggaeton Lento’, especially on smaller speakers and earbuds. But it’s not very consistent in this respect either, as the prechorus vocals (first heard at 0:40) and Wyclef Jean’s verse rap sound fuller than the choruses — a bit overblown, in fact, given the context. To hear this more clearly, put a 100Hz high-pass filter on your master bus (to reduce the low end’s powerful masking effects and make the lower mid-range balances more perceptible) and compare this song with other releases. If you’re trying to guard against these kinds of concerns at mixdown, a great trick is to check the mix with the bass and kick channels muted — a dodge that works equally well with other bass-heavy styles. Mike Senior 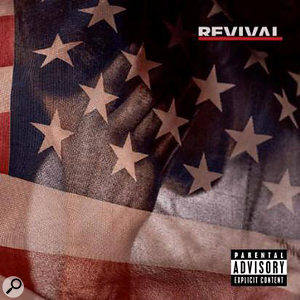 As I hold both Eminem and Ed Sheeran in the highest esteem, I was looking forward to hearing this collaboration. Unfortunately, I felt myself struggling a bit to understand all the lyrics. Initially, I figured this was my own caffeine-deficient mental sluggishness, but as the impression survived several industrial-grade teabags, I compared ‘River’ with several of Eminem’s earlier releases. Finding my suspicions confirmed, I naturally began wondering about the cause...

On the face of it, what’s puzzling is that the vocal level seems healthy enough in general. I wouldn’t want to turn it up any more overall, for fear of leaving the backing track underpowered by comparison. But the vocal tone seems somehow to work against the lyric intelligibility here, since it relies quite heavily on the upper mid-range to bring out the words. This makes it compete directly with the drums, which are likewise panned centrally and have lots of harmonic density in that spectral region. Not only does this encourage frequency masking, but it also adds an element of confusion to Eminem’s quick-fire consonants, by overlaying them with all those skittering hi-hat/snare details.

I wonder whether another factor is that the amount of proximity effect seems to be quite variable. For instance, if you compare “knife in hand, says the relationship’s hanging by a strand” (0:52) with the following phrase “so she’s been on the web lately”, you can hear a definite alteration in the low-end weight. This kind of thing can interfere with lyric tranmission at mixdown because the low frequencies of a vocal sound don’t contribute much to word comprehension, so fuller-sounding syllables tend to be less intelligible at a given mix level than thinner-sounding ones. Most compressors react more to low frequencies too, reducing the relative mix level of notes with more proximity effect.

But it’s probably also a question of automation, because the level seems to drift a fair bit in the medium term, making some phrases seem significantly clearer and more upfront than others. (Compare “It’s hard to find the words... what you deserve is the truth” (1:42) with the more recessed “So I revert to the studio... turning into” (1:50), for example.) It’s Eminem’s unstressed syllables that seem to elude me most as a listener. To get a better idea of what I mean, try loading this record into your DAW, find the lyric “speeds at a high rate, like I’m sliding on ice maybe” at 2:57, and use fader automation to push up the level of “at a”, “like I’m”, and “-be” by three or four decibels apiece. Ignoring the backing-track pumping side-effects this produces (these wouldn’t occur if you were riding the lead vocal alone), the words come through more clearly, without making the vocal delivery sound unnatural or increasing the vocal’s overall mix volume appreciably. It’s tedious work, admittedly, but I can think of few lyricists who deserve maximum intelligibility more than Eminem. Mike Senior 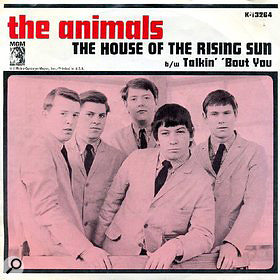 This folk-rock footsoldier of the British Invasion instantly impresses by virtue of Eric Burdon’s howling vocal performance and organist Alan Price’s rhythmic precision, both especially remarkable given that the record was apparently a one-take wonder. On repeated listening, though, the Animals’s answer to an age-old arrangement challenge also demands respect. One difficulty with using folk tunes in chart music is that they’re often in a strophic form, in other words they simply repeat a single verse multiple times. While the verse here at least has its own internal melodic and harmonic drive, its subsequent repetitions are nonetheless powerless to provide any additional musical build-up over the longer term, leaving the arrangement and performances to take up all that slack.

The Animals first take the sting out of this is by splitting up their song into two separate build-ups, with the fifth verse (2:25) dropping back to the arrangement of the third (1:19) in order to reclaim some arrangement ‘headroom’ for bolstering the remaining verses. The transformation of the fourth verse into a climactic instrumental (with the organ solo’s ornamentations blurring our memory of the lead melody) plays a key role in the success of this dodge, as I see it, because the dramatic impact of the vocal’s return in verse five helps offset any loss of energy that the textural thinning incurs. Alongside these broad brush strokes, though, there’s plenty of subtler stuff too. The second verse pushes the lead vocal up an octave, for instance, as well as adding sustained organ chords that are intensified for verse three with the Vox Continental’s vibrato switch. Verse four brings not only the solo’s frenzied rhythmic figurations, but also a switch from the guitar’s arpeggiations to more powerful strumming.

Despite all these good things, though, I think the arrangement actually peaks a verse too early, with verse seven unable to top the intensity of the previous verse’s strummed guitar and extra kick-drum eighth notes. Personally, I wish John Steel had delayed his new kick-drum pattern until the final verse, because I reckon the guitar strumming would have provided the step up from verse five on its own. Mike Senior