Are Black Friday sales really such a good idea?

I must say, I do get quite dismayed at some parts of our industry on occasion. It’s not so much the mechanics of the industry but rather the epic lack of awareness that I believe exists amongst some software developers. Pray, stay with me on this, just for a while. Take your meds, brew a strong one and take a pew...

It was four years ago and it was a Friday, and it had ‘dodgy’ written all over it. I knew that day would turn out to be a touch testing. I logged into my social media account, and specifically my private group set up for industry professionals to discuss all things ‘audio’, and there it was: the first ever Black Friday sales. I didn’t need the extra cranial cell to work out exactly where this ludicrous business model was going to go. It was staring me in the face. 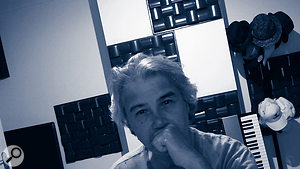 I immediately responded to the Black Friday sales posting with “you guys do know you are going to bankrupt yourselves, and me, in the process don’t you?” It didn’t stop there, of course. This ‘wonder of all sales concepts’ proceeded to the ‘Midweek Wednesday’ sales, which was then followed with the ‘Manic, One-day Extravaganza Sale’ followed by ‘The Halloween Mega Sale’ and ‘Your Daily Deal Sale’, perhaps to be followed eventually by the ‘Bank Repossessing Your Home’ sale!

To put this madness into perspective: I spent three years working on a VSTi with a small team, only to be told by various developers that it would cost me between £25,000 and £75,000 to code. I asked how the developers expected to see a return on such an investment. No replies. I asked if they were making any money at all based on this business model. No replies. I therefore surmised that this was not a venture worth risking my home for.

Personally, I am not too bothered if developers want to commit commercial suicide: that is their choice and their doing, but what really does anger me is that not only do they offer their products at the now expected discount rate of 70 to 90 percent, but that they have now also started to bundle free video tutorials with their product ranges. You might think this to be a great service for poor, aspiring producers and engineers, but there is usually a compromise when a new business model emerges, and in this instance it’s the professional teachers, writers and educators whose work is being seriously devalued. Naturally, this has had the knock-on effect of many people simply leaving the industry to seek work elsewhere, leaving behind, in my opinion, a wasteland of poor-quality ‘free advice’ for the unwitting public.

I believe these insane price-cutting wars are damaging our industry, not just because the public now ‘expect’ their £200 plug-ins for next to nothing, but because we are now graced with a plethora of ‘producers’ and ‘engineers’ without the faintest grasp of the basics of audio engineering, never mind the physics of audio electronics.

Prioritising the grabbing of instant sales above all else leads to an industry where everyone is ‘scraping the bottom of the barrel’, both in terms of quality and earnings potential. We simply cannot sustain a business model in which no-one can charge what they are worth — one in which potential students claim that you should be teaching for next to nothing “because the plug-in manufacturers are doing it, so why aren’t you?”

If it is not too late already, I would like to see software developers have sufficient confidence in their products to charge prices that reflect the outlay in time and resources associated with creating their products. Perhaps then we can save what is left of this part of the industry before it implodes.

Eddie is the man behind Samplecraze, whose samples can be heard on countless records, and who now provide a huge range of music-production tutorial videos. Eddie’s career includes programming, remixing and production for artists including DJ Shadow, Pet Shop Boys, Spandau Ballet and Busta Rhymes. He’s also created a number of film scores and theatre soundtracks, and produced material for Emu/Ensoniq, Propellerheads, Kiesel, Sound Effects Library, Native Instruments and Arturia, to name just a few. Find out more at www.samplecraze.com.