We examine the production of some commercial releases to help you brush up on your listening skills. 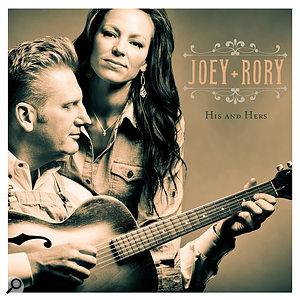 Pretty much every project-studio musician these days has a virtual grand piano lurking in their DAW, and there’s no denying that sampling technology has taken huge strides during the last decade in terms of modelling the instrument’s timbral nuances. Only the most advanced virtual instruments, however, attempt to fully model the mechanical noises generated by the piano and performer, and even where such facilities are provided I suspect many players switch them off. That’s a shame, as these components can constitute an extremely evocative accompaniment for gently performed musical passages, as is amply demonstrated by the elegiac ‘When I’m Gone’ from this duo’s Grammy-winning Gospel/Country album His And Hers.

Would the solo-piano introduction be anything like as affecting without the soft swish of the dampers leaving the strings as the sustain pedal is operated, or the liberal sprinkling of quiet spring-back noises as released keys return to their resting positions? As I see it, it’s a difference of focus: without the noises, you focus on the instrument, whereas with them you envision the person, and the emotions they’re using the instrument to express.

Also interesting, from a mixdown perspective, is that the mechanical noises don’t remain as prominent as this all the way through, but recede in the balance the moment the vocals arrive, thereafter popping up more audibly only in inter-phrase gaps. Having heard some state-of-the-art sampled instruments, I can only guess whether or not this is a live recording, but if it is then I imagine this automation feat might have been implemented by fading between mic pairs, perhaps one behind the music stand and another further towards the tail of the piano, or perhaps in the ‘waist’ just outside the case. Mike Senior

Perhaps overexposure to Mix Rescue submissions has made me too picky, but I can’t help being distracted by some of this production’s technical foibles. The tuning is occasionally pretty wince-worthy, partly because most of Fats Domino’s low B notes are sharp (it sounds like the choice of key has put them uncomfortably low in his range) and partly because of the horn section’s tendency to drift sharp, especially in the fills following the lines “the wind in the willow played/love’s sweet melody”. 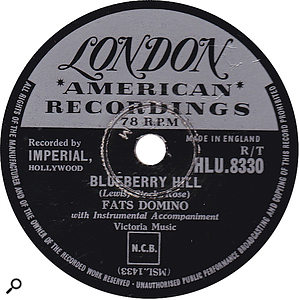 What seems like a clunky edit in the middle of the first syllable of “Blueberry” at around 1:32 niggles me too, adding an unnatural gargle to the hook line. There used to be worse edits in there, though, because early pressings featured a heinous tape-speed warble after “sweet melody” around 1:02. Someone was clearly napping in the mastering room when that one went down... That said, apparently there was never any full take of this song recorded, and it’s thanks to the mastering engineer’s tape-splicing skills that it was ever released at all, so we can’t be too hard on him!

And, on the plus side, the re-editing done after those initial pressings also gives us a little insight into the quality of tape-to-tape transfers in that era. You see, Fats flubbed one of the lyrics by singing “vows we made” rather than “vows you made” first time around, so during the re-edit that line was replaced with its recap from later in the song. Comparing the two instances, the differences are pretty subtle, it has to be said, and you can see why such techniques could be used with impunity.

I do wonder, though, which of those sections is the copy, and which the original. Obviously it would have made most efficient use of time to use the second-generation tape for the earlier section (where the mistake needed to be patched), but funnily enough the audio in the re-edit actually sounds lower-bandwidth during the latter section. So was the source tape for that section actually moved to the earlier position and then the copy placed into the gap? If so, it wouldn’t be without justification, in terms of having the higher-quality audio appearing where the listener would form their first impression of the line. It’s a bit like that age-old catering technique (as documented in St John’s biblical account of the wedding at Cana), where the good wine’s brought out for first impressions and the cheaper plonk’s saved for later on. Mike Senior