Why do independent releases get such little play on BBC Radio?

The BBC should open its playlists to independent artists.

I love the BBC. 6 Music is my station of choice, in particular Lauren Laverne’s show. When I’m feeling very grown up, my family and I ‘tune in’ to Radio 4. However, I have an issue with BBC Radio 1 and Radio 2. I confess I don’t listen to them all that much and should not have a concern, but my argument isn’t about content, it’s about control. 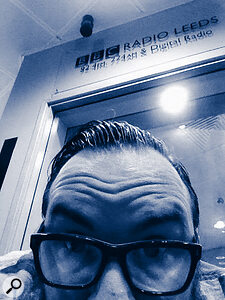 According to figures from Music Business Worldwide, 94 percent of the top 50 songs played on both Radio 1 and 2 in 2014 were released by acts signed to one of the three major labels: Warners, Sony or Universal. That means that just three of the most popular songs in that year were by artists from the independent sector. This means that Radio 1 and 2, which are funded by licence fees at around £12 million a year, in essence become exclusive broadcasters for three multinational corporations. Radio X (formerly XFM), however, is a commercial, profit-driven radio station, with 32 percent of its output being made up of music from the independent sector.

The counter argument that presents itself is that being signed to a major label is a barometer of quality. This was perhaps the case in the past when recording studios were expensive and the cost for artists to make professional records was prohibitive — so major label investment was shrewdly spent. Historically, artists also needed labels to physically distribute their product, but the Internet has changed all that. Nowadays, artists can self-release or choose to side with an independent label to support them in promoting their music. But surely, the pigeon hole of ‘unsigned artist’ ought to be done away with?

By virtue of being independent, artists unwittingly elect to have their music ignored by the most listened-to stations in the UK. The assertion that major-label output ‘legitimises’ release quality is now a false one, because surely any song available to buy on iTunes or stream on Spotify is just as legitimate as a release from a major label. The difference is that it might just lack the financial backing, and consequently the automatic ‘right’, to be on the Radio 1 or 2 playlist.

Radio 1 and 2 reach 10.4 million and 15.4 million people per week, respectively. There are currently thousands of labels and artists whose careers could be transformed if they could reach these listeners. However, their music won’t be heard! An average play on Radio 1 will receive around £37. This is around £87 on Radio 2 and it’s somewhat ironic that this money is being ploughed straight back to the majors.

Jon Gomm is an independent artist who I have had the pleasure of producing. His video for ‘Passion Flower’ received over 9m views. He says “like many modern artists I needed the level playing field of the Internet to be heard. But since then, despite touring worldwide [...] and having hundreds of thousands of fans, I’ve never been played on any national BBC station. Not once.”

OK, the BBC will argue they have ‘BBC Introducing’ running on local BBC stations, giving exposure to under-the-radar acts. Acts seen as having bigger potential are passed up to national level. The culmination of success in ‘Introducing’ is a play on Huw Stevens’ Radio 1 show at 10pm. Whilst valuable, it comes nowhere near the exposure of a regular daytime slot. BBC Introducing is a good thing, run by dedicated presenters, but it’s clear that none of the songs that come through ‘Introducing’ filter through to the daytime shows, or are considered for playlisting. All in all, the whole thing comes across as a token gesture to keep the independent market quiet and deflect any criticism of the BBC.

BBC Radio 1 and 2’s playlists prove they serve only the biggest players in the commercial sector, thus choking opportunity and the livelihoods of artists and labels who stand on their own.

I believe this gross inequality must end and I’m calling for 30 percent of BBC Radio 1 and 2’s playlist to come from the independent sector. If you agree, please sign this petition http://bit.ly/majorsonbbc.

Ed Heaton has been working professionally as a producer for 14 years with artists across a wide range of genres. He is passionate about independent and grass roots music, especially from his home city of Leeds.

What Do Mastering Engineers Actually Do?
3 days 14 min ago.