Obsolescence By Design Is Madness! By Matt Houghton

How I long for the good old days — the ones when you could buy a solid, well–engineered piece of gear, safe in the knowledge that for as long as the parts were being made (and they would be, because parts were used by many manufacturers) your new toy could be made to last a lifetime. Take my beloved Reliant Scimitar 3.0 GTE, for example — a car that was built in 1972. Its rust–free fibreglass body may have been custom–designed for this model and no other, but the rest was made from ‘standard’ parts that were also used in cars made by various manufacturers, including Ford, Vauxhall, Triumph and Lotus. So, despite the car being unique, parts for it were readily available, and almost half a century later, most parts remain pretty easily obtainable. The same could be said of those robust old tube processors and guitar amps — the tubes were standard types, the circuitry was discrete and there was plenty of space to enable you to swap things out when required.

It’s all too easy to view such a time through rose–tinted spectacles. Progress in automobile design has been considerable in terms of safety, comfort, aerodynamics, fuel–consumption, performance... The list goes on, though arguably doesn’t include styling, which has suffered heavy collateral damage from the computer–aided quest for perfect aerodynamics. And in the world of audio, processors are more energy efficient, self–noise is as good as being a thing of the past and we have presets, recall, plug–in control and so on. 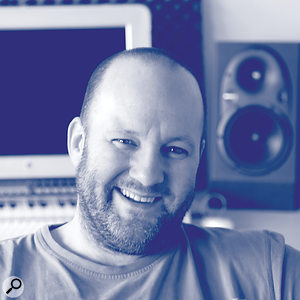 About The Author: SOS Reviews Editor Matt Houghton recently reached the ripe old age of 40. It no longer being an act, he found himself instantly at home playing the role of Grumpy Old Man.I wouldn’t suggest for a moment that my Scimitar would make the perfect family or commuter car, but I admire its longevity and the ease with which it can be serviced and repaired. While there’s plenty to admire about modern cars, most issues that require investigation seem to be faulty sensors, reporting erroneously that a service is required. And even when there’s a genuine problem that requires a replacement part, it’s rarely simple or particularly affordable: when an indicator light on my Scimitar was smashed, I was able to procure a replacement part in a couple of days very cheaply; had it been the modern family car, I’d have had to replace a whole headlight assembly. Similarly, while an old guitar amp might require a little TLC, parts are not that hard to source, and repairs not difficult to carry out.

The situation in the modern world of consumer electronics is worse. At least I can replace the headlights or bumper on my car, or a tube in my Fender Twin. Whereas on an iPhone, iPad or MacBook Pro I can replace nothing. There are no user–replaceable drives, the RAM’s not expandable, and even the battery cannot be replaced. If something goes wrong, I’ll either need to replace the machine, or send it for expensive repair (Houghton’s law dictates that components only expire shortly after the warranty does).

It seems that obsolescence is now designed into loads of products, and I don’t like it! Manufacture may be cheaper, enabling price to be driven down, and some devices really benefit from miniaturisation, not least smartphones. However, I think an iPhone would be a much more attractive proposition if it had a replaceable battery and, say, an expansion card slot to augment the onboard storage (no, Apple, the Cloud isn’t yet accessible all the time from everywhere on planet Earth). And I’m sure my MacBook Pro would have a much longer life if it were possible to install a higher–capacity solid–state drive than was affordable when that computer was made.

Sadly, the same trend is creeping into the pro–audio arena. Some manufacturers seem to have sacrificed proper QA procedures in favour of a no–quibble replacement policy — good, responsive customer service on the face of it, but it would surely be better if what you bought worked in the first place. Even thermionic valves (tubes), which should be considered ‘consumables’, are being miniaturised and soldered directly onto circuit boards, making replacement tricky at best — it seems that nobody bothered to design sockets to make the job easy. And don’t get me started on the cavernous 2U racks populated with nought but a few tiny PCBs with inaccessible surface–mount components. I’d hate to turn back the clock in many ways, but in others, as Damon Albarn once opined, modern life is rubbish!