This track features a fabulous drum sound, in which the kick can afford to provide plenty of 60Hz welly because the bass rolls off at the low end, rendering its fundamental frequency a lot less powerful than its first harmonic most of the time. But the highlight for me is the snare (conveniently isolated for admiration during the extended fill at 2:45), which is given room to shine by virtue of the smooth cymbal timbres and generally well-perforated riff-based arrangement. Notice the snare rattle during the guitar-only breakdown at 1:57, caused by the drum resonating in sympathy with air/structure-borne vibrations emanating from the speaker cab. This is something that some engineers would get rid of as a matter of course, and which would presumably have been easy to achieve here by muting the drum mics. Doing so, however, would have undermined the outcome in two important ways: firstly, the guitar would have felt more like an overdub, and less like an organic part of the live ensemble; and, secondly, the removal of the guitar leakage arriving through the drum mics would quite probably have made the guitar sound less impressive too. With rootsy rock music in particular, sympathetic resonances and spill can be a vital part of the appeal of any band’s raw sound. 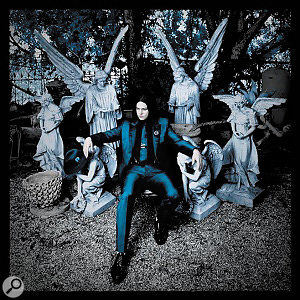 Using ostensibly mono drums like this goes against the grain for some engineers but, again, in this context I think it works really well, and I get no sense that the subjective width of the mix suffers for it overall, since the wide-panned rhythm guitars and synths provide plenty of breadth in general. Mind you, it’s probably fair to say that although all the drum mics may have been panned centrally there still seems to be a subtle stereo width to the final drum image. It’s an impression that’s corroborated by some ghostly drum ambience that’s audible when the stereo Sides signal is soloed. Given the aforementioned snare rattle, we can be pretty sure the guitars must have been live in the drum room during tracking, so this ambience may simply be drum spill coming down the hard-panned rhythm-guitar mics.

As a string-player, though, my favourite aspect of this production has to be the dual distorted fiddle solos that vie for the listener’s attention from 2:47. The distorted sound of bowed string instruments is one that I’ve always felt was underused in rock productions, so it’s fantastic to be reminded of some of the timbral possibilities here. It’s also worth pointing out that the left-hand ‘fiddle’ is almost certainly a viola rather than a violin, on the basis that its tone has a more nasal quality to it and the solo’s pitch-range extends a minor-third below the G3 to which a violin’s lowest string is typically tuned. I much prefer the viola’s distorted tone to the violin’s, and this production provides a perfect opportunity to test my hypothesis for yourself by comparing the two side by side! Mike Senior 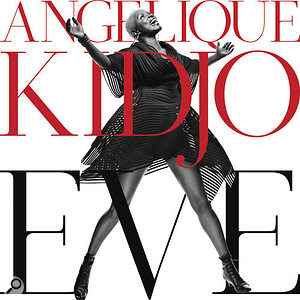 If you only hear one track from Kidjo’s Grammy-winning album Eve, make it this one, because it features two cracking vocals. The first voice is that of Nigerian singer Asa, who sings the verses and middle section, and it’s sublimely breathy and airy, but without a trace of harshness and with every consonant beautifully controlled; the second is Angelique’s own, which, despite plenty of twang to the vocal delivery and presence in the recording, never becomes harsh in the way wannabe pop divas all too often do when they try to really open up and project. It’s equally impressive that no harshness problems arise even when the two voices are combined in the second verse and final choruses, which can be a danger with such forward-sounding female vocal timbres.

The performances are also well worth closer study. Asa’s is inflected with wonderful economy, embellishing the melody rather than submerging it. Take the first verse, for instance, where you get the ghost of a slide in the middle of “someone” (0:11), the hint of speech tone in “who’s there for me” (0:14), the fleeting vibrato on “catch” (0:21) and, just before the chorus, the first real melodic decoration on the repetition of “fall” (0:25). Although Kidjo’s performance is no less controlled, it differentiates itself through generous use of pitch-glides, both between notes and as expressive fall-offs (such as the pair at 0:37 and 0:40). It’s also interesting the way she applies little lower mordents as a kind of rhythmic device, for example at 1:46, 1:52, and 1:57.

And while you’re listening, don’t miss the lovely opening-out of the stereo image by the chorus backing vocals, or the almost harp-like clean electric guitar and (reverse-envelope?) pad layer introduced as some fresh interest at the outset of verse two. All in all a case-study of refined taste. Mike Senior 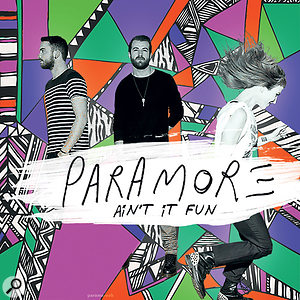 A strangely ‘80s-sounding opening this, with the ambient slap of the kick, the denseness of the slightly gated snare-room sound, and that twinkly marimba. Once I recovered from that flashback, though, it also struck me that the shifting drum balance here is very much in the classic mould. Probably the most obvious manifestation is when that super-compressed room sound suddenly makes its presence felt on the arrival of the first chorus, reappearing for each chorus thereafter. But compare sections of the song a little more closely, and it’s also possible to detect a more subtle expansion of the soundscape with each of the prechoruses too. Although this is partly a consequence of the hi-hat and tambourine patterns that add themselves to the texture at these two points respectively, again I think we’re also hearing the effects of the engineer’s hand on the overhead and room faders.

It seems to me that the room doesn’t quite close in as tightly for the onset of the second verse as it did at the song’s outset — again, this is very much par for the course. The purpose of modulating the size of the drum room is to underline the dynamics of the music, and in musical terms it seldom makes sense for your second verse to regurgitate the first verse’s musical material completely unaltered. To do so wastes an opportunity for generating long-term build-up throughout the song as a whole.

The vocal-plus-claps arrangement drop at 2:55 likewise makes good sense musically, as it allows the final chorus to retain its initial impact (which in this case trades heavily on arrangement contrast) despite following on from the strong size illusion of the main middle-section’s ‘arena chant’ (2:19-2:55).

Clearly, the 16th-note downbeat ‘push’ first heard at the end of the introduction (0:08) is a central feature of the drum pattern throughout most of the song. But, for me, it’s most revealing to catalogue those moments when it isn’t used. Firstly, there are unpushed downbeats at the start of Verse 1, Chorus 1 and Verse 2, but Chorus 2 bucks this trend for the first time at 1:41, which helps improve its sense of arrival, despite little change in the basic drums/bass/guitar texture compared with Chorus 1. (That it thereby stresses the rhythm of the lyric’s title hook doesn’t hurt either.) Then the middle-section abandons the pushed downbeat completely, nicely setting up the restatement that flags the onset of the final choruses.

One more rhythmic feature is worth dwelling on: the way the lead vocals are so tightly locked into the track’s groove. This is most apparent during the prechoruses (0:27-0:45 and 1:23-1:40), where, to my ears at least, the singing becomes an integral component in the beat itself. But it’s pretty obvious to me that the vocals, like most other things in this production, have been edited with extreme care throughout. If you’ve got your own sights on this kind of super-tight production, then you really can’t afford to shirk that distinctly unedifying mix-preparation task. Just grit your teeth and get to work! Mike Senior

Classic Mix Marvin Gaye ‘I Heard It Though The Grapevine’ (1968) 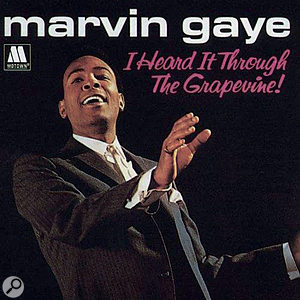 This mix presents one of those slightly curious early-days stereo panoramas: drums, percussion and rhythm chops in the left channel; lead vocal in the centre; and bass, keys, backing vocals, and orchestra overdubs on the right. The clustering of the instruments at those distinct left-centre-right positions is easy enough to rationalise, on the basis that stereo consoles of the time often featured simple LCR panning switches, rather than smoothly variable pan pots. The specific groupings of instruments at those panning points, however, would never pass muster in the modern charts: not only are neither bass nor kick-drum central, but the left-channel’s rhythm guitar is far too spindly to offer much balance to the massed chordal instruments at the right stereo extreme.

Our Classic Tracks feature in SOS February 2008 (http://sosm.ag/classic-tracks-four-tops) suggests one reason for this, in that Motown engineer Mike McLean reveals that the company’s early three-track tape recordings tended to put the vocal on track one, the rhythm section on track two, and horns and backing vocals on track three. This would have encouraged a very similar kind of stereo mix as heard in this production, and although ‘Grapevine’ harks from the era of eight-track I wonder whether the heritage panning habits of the studio staff still prevailed. Whatever the grounds, it does provide a splendid opportunity to enjoy one of James Jamerson’s greatest bass lines without interference from the drum kit: the continual shifts in and out of counterpoint with the lead vocal; the surprisingly chromatic nature of fills such as 0:44 or 0:53; and the fact that Jamerson only plays downbeats three times during the whole song, crucially before the final title hook of each chorus (0:52, 1:41, and 2:38).

The vocal tone is pretty savage, it has to be said. As I understand it, producer Norman Whitfield insisted that Gaye sing in an uncomfortably high key to improve contrast between his tone and the silky smoothness of house backing vocalists the Andantes. But there must surely also be engineering reasons for the pronounced 5.7kHz resonant peak and copious distortion. Indeed, there’s lashings of distortion all over this record, and while there are decent aesthetic reasons for this on the electric guitar/piano tones, I can’t help feeling that moments such as “not much longer would you be mine” (1:37) are simply the outcome of a loudness war that’s been with us a lot longer than some people care to recall.

Judging by the present kick, snare, and hi-hat timbres, I’d say that the kit sound is probably a mix of a kick-drum close mic and a single overhead mic — a common setup at the time. The question is: where is the overhead? I’d hazard a guess at a single directional mic positioned quite close to the rack tom, but pointing back towards the snare and hi-hat. This would help explain the rack tom’s dominance during drum fills, and also the comparatively washed-out flapping of the more distant, off-axis floor tom.

Finally, I’m puzzled by the orchestra’s tuning at 2:00-2:06, which suddenly wanders so much that it sounds like tape ‘wow’. Perhaps there were tape-motor problems during overdubbing? Or might that section even have been ‘flown in’ from another tape by some improvised means? Mike Senior