Should artists receive credit for their music on moral as well as legal grounds?

Marcus Collins received a lot of flak from fans of The White Stripes for covering 'Seven Nation Army', but I don't feel particularly aggrieved for songwriter Jack White. He probably could have denied Collins a license to exploit his copyright, and either way he would still be able to use his fat royalty cheque to wipe away any bitter tears of regret. To be honest, my heart goes out to French soulster Ben L'Oncle Soul and his collaborators (especially arranger Guillaume Poncelet), whose first-class arrangement was all but duplicated: same tempo, same key, same instrumentation, same structure, same drops and same counter-melodies. The only appreciable difference seems to be that our X Factor reject went heavier on the brass. 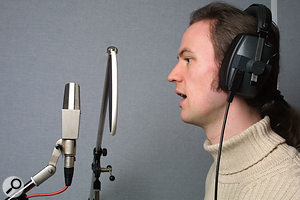 Despite the musical Xerox job, Ben L'Oncle Soul's team would (as I understand it) struggle to get any financial compensation for the re-use of their work under a legal system that places pretty much all of its emphasis on the lead melody and lyrics. One might argue that Ben lost significant sales from those who might have otherwise independently discovered and bought his version, if Collins hadn't already nabbed that chunk of their change. He isn't even legally entitled to an official credit, and neither have Collins or the team at Metrophonic Productions had the decency to put one on the album sleeve voluntarily. It makes my blood boil, and I've only just calmed down from discovering the verse-section chord-progression from 'Hotel California' hiding out in David Guetta's 'One Love' the other day. Any 'what a coincidence!' defence stretches my credulity so far you could pluck a concert 'A' on it, yet I can't see any mention of The Eagles in the album notes.

But as long as record producers feel that they can display the moral fibre of herpes simplex with impunity, the situation is never going to improve. To hell with pursuing things through the courts, because the law's clearly an ass on issues like these. Besides, I'm not idealistic enough to believe that adjusting the legal framework would make an enormous amount of headway anyway. As Einstein remarked, not everything that counts can be counted. It's always going to be tricky to legislate about intangibles, however strongly the status quo runs contrary to conscience or common sense.

Now I know what you're thinking: 'So what's your solution then?' First of all, this is the 'Sounding Off' column, so I'm well within my rights to vent my spleen without any constructive suggestions whatsoever! But since that's exactly the spirit I've been railing against, I'll break with tradition just this once.

I believe we need to think laterally, not legally. If the arguments are indeed strong enough to appeal to common sense, we should be finding better ways to alert the public to copyright loophole surfing so we can shame offenders into conducting themselves more honourably. If you can increase corporate charitable donations or environmentally-friendly working practices simply by publishing league tables of the highest and lowest achievers (and there's evidence that this works) why not apply similar pressure on the music industry, where the importance of image and publicity should be at least as powerful a motivating force?

How about this for an idea: the 'Missing Credits Anthology', an online database listing recent releases containing clearly audible (and uncredited) similarities with previous records. The public could listen to the tracks in question and make a nuanced, human decision about whether the earlier production should receive credit, irrespective of the intent of the parties involved. After all, I reckon David Guetta's track was rendered catchier by its similarities to 'Hotel California', even if he did actually create that chord progression from scratch (while riding a flying pig).

The only way you could protect your production's ethics from such public scrutiny (and an appearance at the yearly 'MisCreAnt' awards ceremony) would be to credit on moral grounds, and not just because your lawyers told you to.

Mike Senior is one of SOS's regular contributors, and the author of the book Mixing Secrets For The Small Studio (www.cambridge-mt.com/MixingSecrets.htm). He feels morally obliged to acknowledge his musical debt to Yngwie Malmsteen, even though he'd rather not.