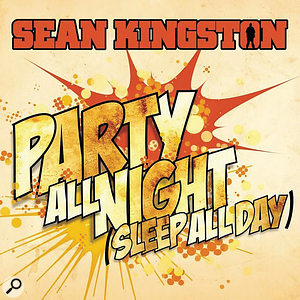 Like a lot of club tracks, this tune takes full advantage of extravagant, kick-triggered pumping effects. Whatever method you use to create these in your mix system, there are two critical variables that need to be refined: the amount of ducking on each kick hit, and the timing of the gain-reset curve between the kits. What intrigues me about this Sean Kingston record is that I wonder whether he might have misjudged the latter setting. Specifically, it feels to me as if the synths rise up a bit too early after each drum hit, either because the release curve is generally too short, or (more likely, I suspect) because the release curve doesn't quite suit the music. (If it was a compressor responsible, I'd personally have tried a few other models, because different designs can vary a great deal in this respect.) It's no big deal during the choruses, because the vocals are mostly covering the effect, but elsewhere the overall pulse feels a bit bogged down by the pumping action, as if the tempo's dragging slightly. Don't just take my word for it, though. Have a listen for yourself to decide where you stand — the first verse (0:17-0:48) should make up your mind one way or the other. Mike Senior

'Somebody That I Used To Know' 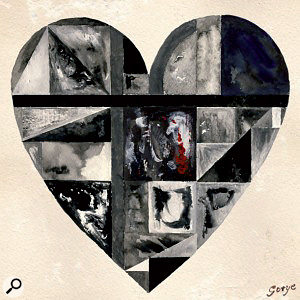 YouTube has a lot of critics, but I for one continue to give thanks for its role in connecting exciting new artists direct to the public. Only a few months back, it turned up Lana Del Rey for us, and now it's alerted the world to this cracking music from Gotye. That the final version of 'Somebody That I Used To Know' apparently took him six months to complete isn't hard to believe, because it's a treasure trove of sonic details that amply rewards repeated listening.

The press have already made much of the nursery-rhyme xylophone, a brilliant demonstration of the hookiness of wilful absurdity, but what may have slipped some people's notice is that the line starts on 'C' — neither the song's root-note of 'D', nor the 'F' that would have allowed its 'Baa Baa Black Sheep' melody to be quoted unchanged within the prevailing Aeolian mode. As it is, the sixth note of the line has been flattened to fit. So it's not just the childlike cultural connotations of this musical snippet that jar the listener here, because the implied root-note disagreement and the distortion of such a deeply ingrained melodic contour are also both relevant factors, in my view.

And there are so many other treats besides. I love the pulsing stereo vinyl noise inherent in the opening sample loop, and the way the 'kicking a skip' rhythmic layer that arrives on the left side at 0:05 combines with it to give a kind of 'found sound' aura to the whole proceedings. The right-panned snare loop at 0:45-1:30 and 2:48-3:01 complements the latter really nicely too, and its greater prominence in the balance prior to the second chorus provides apt support for guest-vocalist Kimbra's angry upswell. Another couple of gems occur during her verse section: the single autoharp notes at 2:33 and 2:44, and the fabulously breathy flutes — a fulfilment of the ghostly premonition that lurked in the shadows of the preceding chorus.

Of course, none of these arrangement frills would be worth a brass farthing if the vocals at the song's heart were weak, and it's a testament to Gotye's songwriting, performance and production talents that they keep a firm grip on the attention despite a wealth of potential background distractions. On a performance level, it's fantastic the way his supremely restrained 'gritted-teeth' delivery of lines like "when you said you felt so happy you could die” and "glad it was over” packs its punch through understatement, something that's always extremely tricky to pull off on record without just sounding bored! And the pay-off is that his strained high-register outpouring of bottled-up resentment then makes a lot more emotional impact when the chorus arrives. Of course, Kimbra's verse is also a star turn, perfectly pacing the build-up from soft needling into outright hostility to catapult us into the final chorus and outro.

Picking apart the layers of the subsequent vocal arrangement, it's the sense of light and shade that impresses me most. Consider the way the strident and accented 'Oh' backing vocals (3:11-3:13) play call and response with the softer swell of the 'Er/Ah' chords (3:14-3:17), for instance, or the contrast between the outro's high "somebody” refrain at 3:32 and the lower-register "I used to know” which follows at 3:34. However, a few minutes spent transcribing the parts left me pondering a few questions. Firstly, was the omission of the inner BV line at 3:22 (relative to the version at 3:07) intentional? In principle, I can understand that maybe hollowing out the texture helps draw attention to the expressiveness of the lead line's switch to falsetto there, but on a purely musical level it feels like the jigsaw's missing a tiny piece there.

I'm also tantalised by the thought that it might be Kimbra singing the new top line when those "I used to know” BVs switch to their higher inversion at 3:49, or indeed doubling the final "somebody” at 3:58. It's tricky to be sure by ear, but I'd like to think it is her voice there — a stubborn trace of Gotye's old flame refusing to fade from memory. Mike Senior 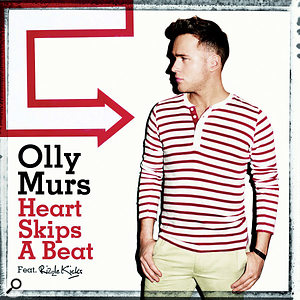 This song pulls one of pop's classic structural tricks: a pre-chorus extension bar with a hook in it. The hook in this case is the stuttering snare pattern that starts the song, and its second appearance at 0:51 confounds the expectation (clearly established by the five preceding four-bar groups) that the chorus will start at that moment, effectively extending the last unit of the verse to five bars. The reason why this is such an effective device is that when you wrong-foot the listener's expectations, they immediately pay more attention to what they're hearing at that moment — so the hook plants itself more clearly in their memory. And whenever you delay the expected onset point of a chorus, it also increases the sense of anticipation in the listener, so that the eventual release feels more fulfilling when it does arrive. (Assuming, in this case, that the similarity with Kim Wilde's 'You Keep Me Hanging On' doesn't bug you as much as it does me...)

What makes this example especially neat, though, is that it takes this principle and builds on it further. So at 2:36, when Olly comes in with the same "You make my heart skip...” line that has twice before signposted the arrival of a chorus two bars later, the producers toy with your expectations again, by further extending the material, adding another bar of filtered 'skip' repetitions and a second bar of snare loop. Mike Senior 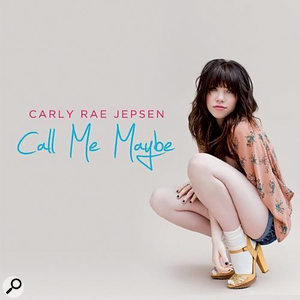 One of my longest-suffering friends is an exceptional art historian who has generously tolerated my inability to distinguish Rothko from Rococo for nigh on 20 years. Such are his didactic powers that, despite my natural lack of artistic sensibility, he does occasionally succeed in sowing a small seed of art-related wisdom in my consciousness. And so it was that, while poking fun at some superfluous decorative stonework in Heidelberg Castle, he recently introduced me to the idea of horror vacui: the artist's fear of leaving empty space.

Being the audio nerd that I am, though, this immediately brought Carly Rae Jepsen's debut smash 'Call Me Maybe' to mind. Why? Because it's this song's textural gaps that completely knock my socks off, providing a welcome antidote to the horror vacui that pervades so many chart arrangements. Look no further than most X Factor cover versions for repeat offending in this respect, while Dappy's recent 'No Regrets' also sticks in my mind for its heinous 'Hey, let's add gospel choir!' bland-out.

The chorus of 'Call Me Maybe' provides an immediate example of what I mean, leaving such a long gap between the first and second string-riff notes that it continues to carry a pleasant whiff of surprise even after repeated plays. But it's not just that first gap that matters, because the way the perforations in the string riff and vocal line so neatly zip together means that neither takes significant attention from the other. As such, the listener only really needs to attend to two things at any one time: (1) the vocal/riff interplay and (2) the drums. In commercial pop arrangement, that's pretty much the Holy Grail.

And that's by no means the end of the holiness. There's the solo sampled pizzicato opening, for a start, and scarcely-less-stark arrangement drops after both the first and second chorus sections. There are some skilfully formed air-pockets on a smaller scale too, such as the isolated vocal "baby” at 0:27 (beautifully set up by the reverse-envelope transition effect) and the more extended "call me maybe” leading into the final choruses at 2:31. All in all, I hope that the swathe this production has cut through the charts might persuade more artists and producers to reclaim the word 'vacuous' as a badge of honour. Mike Senior