Sounding Off: Is New Gear Better? Skip to main content

Sounding Off: Is New Gear Better?

When it comes to gear, old is good, but new is better.

In my frequent visits to audio forums, I notice much fascination with old audio gear. I don't know anyone who prefers old cellphones, or old computers, or even old medical cures, for that matter. Audio recording is based entirely on technology, and for the most part, technology only improves over time. So I don't understand the obsession with 'old' when it comes to recording. Sure, wood used for musical instruments often improves with age, but I'm talking about gear. 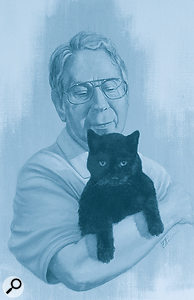 I'm old enough to remember vintage gear when it was brand new! In those days, gear designers aimed to avoid the 'tube' sound, not to mention the hiss and distortion of analogue tape. The design goals back then were for gear to be as quiet as possible, with minimal distortion. Transformers were used because they were needed, not to add audible 'colour'. Chemical engineers worked hard for decades to formulate magnetic tape with as little distortion and hiss as possible. Equalisers made with inductors can ring when boosted, and once upon a time that was considered a bad thing!

In years past, thousands of amazing-sounding records were made using only the stock preamps in whatever console was available. Those preamps were designed to be as clean as possible, not coloured with some 'vintage' quality. The best recordings of years past still hold up today — but they sound great despite the limitations of the gear used, not because of it.

Advertising these days is filled with colourful adjectives like you'd read in a hi‑fi publication. Endorsements by famous engineers are more common than ever. Science? We don't need science! This EQ sounds sweet, and Joe the Pro puts one on every track.

Many home recordists today, unhappy with the sound of their productions, wrongly blame their gear. Yet the audio quality of even the most Spartan computer‑based setup today far surpasses what we used 30 or 40 years ago. In the 1970s and 1980s, I owned a large professional studio with a quarter of a million dollars worth of gear. I would have killed for the features and sheer audio fidelity I enjoy today with Cakewalk Sonar Producer and its bundled plug‑ins.

A current consumer‑grade soundcard beats the finest analogue recorder in every way one could possibly assess fidelity. I'll argue that modern digital equaliser plug‑ins are far better than any analogue hardware, no matter what the price. A digital EQ has no noise and no distortion, regardless of signal level. Parameters are repeatable, and can be set precisely, so left‑right matching is assured. You can also save and recall presets.

One huge difference between productions from days past and project studios today is the environment used for recording and mixing. Most professional studios 40 years ago had a live room large enough that reflections from the walls and ceiling were softer and 'later' than recordings done today in a bedroom. In a pro studio, you can pull the microphones back far enough to capture a full sound from an acoustic instrument, without it sounding boxy and off‑mic, as happens in small rooms. Likewise for mixing. My first experience in a pro studio was in the early 1970s at A&R Recording in New York City, playing guitar on radio commercials. The live room was very large, with a simple linoleum floor, and the control room was large too. Those rooms were also acoustically treated, unlike the typical untreated bedrooms so many use today.

Every day I see a dozen forum posts asking 'What should I buy next?' This is inevitably followed by a long list of gear owned, and an even longer list of proposed new gear. In my opinion, what every project studio needs most, but so few have, is an excellent environment in which to record and mix. If you can't hear accurately while mixing, you might as well let a monkey turn the knobs. And if everything you mic up sounds distant and hollow, you'll spend weeks trying to make your mixes sound right.

These days, excellent-quality gear is a commodity item. But a good-sounding room and the skills to get the most from it are priceless.

Ethan Winer has been a professional musician and recording engineer for nearly 40 years. These days, his passion is designing acoustic treatment products for his US‑based company RealTraps.