Want to sound bright? Get it right.

We’ve all had those moments when we realise we’ve been incorrectly using an expression for decades. Until two years ago, I would say “deep-seeded” instead of “deep-seated.” No big deal — nobody’s paying attention, right? Wrong.

Are we going around, sounding like buffoons without even knowing it? 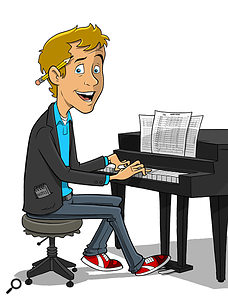 An example, unrelated to music, is “divide and conquer.” Usually, you’ll see it used like this: “You get the beers, we’ll get the pizza, and let’s meet in an hour. Divide and conquer!” Followed by a flurry of high-fives. Here’s the thing: divide and conquer is when you divide your enemy by causing dissent and confusion, thereby making them easier to defeat; not dividing yourself. But this one doesn’t bother me so much because I love pizza.

Sometimes it’s not about saying something incorrectly; it’s about not realising that the thing you’re saying is so played out that you seem out of touch for even mentioning it. For instance, when you’re at a party and someone declines a glass of wine, somebody else will say, “Well, a little wine is actually good for you” — as if that’s a little-known scientific secret. Invariably, some other pioneer chimes in with, “Too much of anything is bad for you”. Well, of course! That’s literally what “too much” means.

In the world of music creation, there’s also no shortage of worn-out axioms. Let’s start with one that’s been trending as of late, thanks to Malcolm Gladwell: the 10,000 Hour Rule.

This states that 10,000 hours of practice is the principal ingredient in becoming a master of something. An interesting theory, sure. So it’s no surprise that musicians are constantly reminding their colleagues to “get their hours in” if they want to be virtuosos. But, wait a minute! Do we really need a published author to convince us that we’ll make great improvements if we practise something for four hours a day, every day for seven years?

The element of this rule that we tend to overlook is that you need to practise deliberately — meaning you have to push yourself at every session. I’ve been playing guitar for 20,000 hours and I still suck. Probably because I only know four riffs and never learned the bridge to any song. But if you want an OK version of the ‘Back In Black’ intro, I’m your guy.

As an aside, the 10,000 Hour Rule was recently debunked by a massive Princeton study. Can you guess how long that study was in the making?

Another well-worn adage that doesn’t hold up to scrutiny is that “you can’t polish a turd.” We all know what this means: if the core of the project you’re working on is so bad, there’s nothing you can do to make it better. Interestingly, you never hear Quincy Jones saying you can’t polish a turd. It’s always an assistant engineer’s 21-year-old intern making this excuse. Because, indeed, you totally can polish a turd!

There’s perhaps a limit to how much you can improve something, but it can always be made better. We have the tools to do almost anything: re-tune, re-time, replace sounds, add stuff, delete stuff, make anything sound like something or someone else. You’re supposed to be a professional — make it fantastic! You can act like a jaded genius who belongs somewhere else all you want, but the reality is that you’re on this gig.

This next misnomer is used so often — and by incredibly established composers — that they should just change the definition to spare anyone more embarrassment. I can’t tell you how many times I’ve heard professionals refer to copyrights by saying their music has been “copywritten”. I’m cringing just typing it. I forgive someone new to the music industry who mistakes the noun ‘copyright’ for a verb, also possibly invoking marketing where ‘copy writing’ is, in fact, a thing. However, not only does ‘copywritten’ sound incorrect, it immediately demonstrates that the person saying it has no understanding of what a copyright is: owning the right to copy!

Incorrectly using a phrase is not a capital offence. We all do it. Most people around us probably don’t even know a gaffe has been committed. Complications arise, however, when we also want to seem bright. Speak like an idiot or sound intelligent: take your pick. You can’t do both.

If you would like to air your views in this column, please send your submissions to soundingoff@soundonsound.com

David Ricard is a two-time Emmy-nominated composer who is secretly judging everyone he hears speak.