Recently, a well‑known Internet retailer of books and CDs began selling downloadable music in MP3 format. The service launched to relatively little fanfare, and to a response that — at least among the few people I know who take an active interest in these things — was lukewarm.

Pondering this, two thoughts occurred to me. First: my instincts tell me that selling music downloads is fundamentally not a viable business model. Second: I don't trust my instincts. 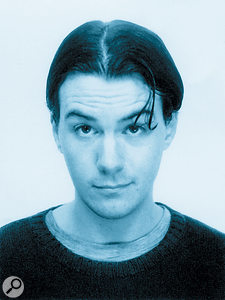 Why do I think selling music downloads isn't a viable business model? There are basically three reasons. First, the nature of the Internet means that it's both easy for people to exchange files freely, and difficult to prevent them doing it. (It may be possible to drag a few scapegoats into court, to try to scare everyone else into behaving differently. But that probably won't work.) Consequently people don't have to buy music downloads: they can get them for free.

Second, the 'DRM' copy‑protection systems commonly used by Internet music retailers inevitably end up penalising you, the paying customer. Sooner or later you find yourself in a situation where the technology works against you, preventing you from using your music in the way you want to. Perhaps you've bought a new computer or a different portable music player. Perhaps the company you bought the downloads from has gone out of business and can no longer issue you with new 'authorisations'. The problem may be trivially overcome, or utterly insurmountable. Either way, it's a problem that your friend who downloads his music for free will not have.

The first time you find yourself in this position it begins to dawn on you that you've been had. As a result of paying for your downloads, your life has been made slightly more difficult. If you hadn't paid, your life would have been slightly easier. You may pride yourself on being the most ethical consumer around. You may be determined to support the artists you admire. Good for you. However, I'm afraid you're in the minority. Human behaviour is predictably affected by incentives and disincentives. When people have a choice between cost and inconvenience on the one hand, and no‑cost and convenience on the other, it's not difficult to predict what most people will do, most of the time.

I ought to point out at this juncture that the newly‑launched service I mentioned before has very sensibly decided (unlike its most prominent rival) not to use any DRM technology at all. So my second point doesn't actually apply to them. However, my third point does — and that's the one I think may ultimately be decisive.

My third point is really just an observation: teenagers don't have credit cards. Therefore they can't buy downloads, even if they want to. They can download music for free, however, and they do. And by the time they're old enough to have credit cards of their own, they will have grown very used to the idea. How likely are they then to decide suddenly to start paying for their downloads? I'd be willing to go out on a limb and guess 'not very likely'.

A well‑run commercial music download service might be able to survive by selling downloads to people in their late 20s or older, but they can't sell to teenagers. And a music industry that doesn't cater to teenagers doesn't have a long‑term future, for obvious reasons.

And that's what my instincts tell me about selling music downloads: it's a business that has no long‑term future. Ten years, maybe. Probably less.

However, like I say, I don't trust my instincts. Why not? Simple: not so long ago I was convinced that MP3 would not catch on as a popular format. Its sound quality was too obviously compromised. A hard disk failure could cause your entire music collection to disappear in a way that only a house fire could your CDs and vinyl. Granted, you could probably fit quite a lot of MP3s onto a small portable device — but who cared about that? The disadvantages clearly outweighed the advantages, didn't they?

No. Apparently they did not. I was wrong then, and I may well be wrong now. It will be interesting to find out.

SOS contributor Paul Sellars is about 10 years older and two stone heavier than pictured. He agrees that the haircut was a mistake.