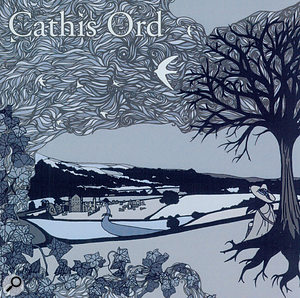 James Russell has managed to locate his music within a genre so obscure it's not even offered as an option by MySpace: Dark Prog. "The songs themselves,” he writes, "hinge loosely around a concept of a forgotten country where the ravages of time, nature and fate have left it uninhabited save for a solitary figure.” I guess that's the sort of concept that occurs when you live in Devon.

James' sense of isolation may have been compounded by the fact that although he describes Cathis Ord as a band, he hasn't yet managed to recruit anyone else to the Dark Prog cause. Anyone wondering what exactly that cause is won't be entirely surprised to learn that Dark Prog is a form of music where even a two‑song demo can clock in at over 22 minutes, divided roughly evenly between sombre folk guitar and portentous, vaguely Scandinavian hard rock. Nor should it come as a shock that James' vocal style suggests a yak undergoing an appendictomy without anaesthetic.

What is a very pleasant surprise, though, is that despite having been recorded on very limited equipment, Cathis Ord's demo sounds excellent. These are complex pieces of music that are technically demanding in every sense, and you can't help but admire James' achievement in realising them on a near‑zero budget, with no band to help out.

I can't imagine Dark Prog ever becoming a mainstream affair, but if James gets music of this quality out there, he won't remain a solitary figure for long. Sam Inglis

Put Your Slippers On 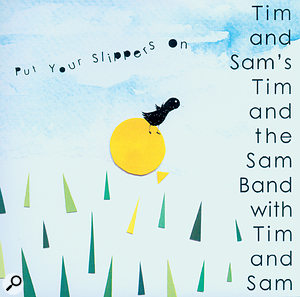 I've never quite understood why some bands wear adjectives like 'twee' as a badge of pride. Do they think it's somehow a good thing to be "excessively sentimental or sweet”, as my dictionary puts it? Is their self‑esteem so low that they define every aspect of their work by its bad qualities? "Dear sir or madam, I'd like to apply for the job you've advertised, although I do worry about whether I really have what it takes to cook a burger evenly on both sides...”

Tim And Sam's Tim And The Sam Band With Tim And Sam don't actually use the T‑word to describe their music, but they must be aware that they are making cardi‑core at its most sugary. There are lots of them, they play whimsical instrumentals on flutes, glockenspiels and novelty percussion, and they have song titles like 'Join The Dots' and 'The Badger Set'. It's tastefully arranged, delicately played, nicely recorded, and utterly, utterly cloying. I wanted to march them to the abyss and make them stare into it. Sam Inglis

Coma: A Safer Place To Live 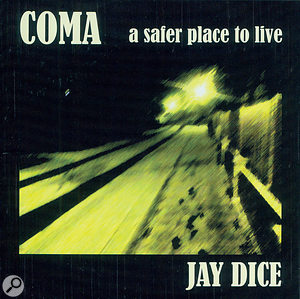 Should Tim and Sam require somewhere to stay while visiting the abyss, Jay Dice seems like the sort of chap who probably keeps a holiday home there. I would hazard a guess that his name and the phrase "barrel of laughs” don't often occur in the same sentence, unless it's a sentence pointing out that Jay Dice's music is not exactly a barrel of laughs.

It's just possible that he has a sideline as a cabaret entertainer, but the influence of Richard Stilgoe and Victoria Wood is definitely absent from his mini‑album Coma. A conceptual work, it records an imagined dialogue between a man in a 20‑year coma and his wife. It's frequently uncomfortable to listen to, but there's no denying the skill with which Jay has realised this somewhat bleak, and insanely ambitious, idea.

The six songs represent coma‑bound Jim's responses to his wife's attempts to talk to him, which in turn are presented in the form of chillingly understated spoken‑word tracks. The production and arrangement does an excellent job of underscoring Jim's emotions, and Jay pulls off the neat trick of embracing a very wide range of styles whilst ensuring that the album as a whole sounds coherent and unified. It's nicely recorded and mixed, and sounds very fresh and modern. Just don't expect it to cheer you up. Sam Inglis 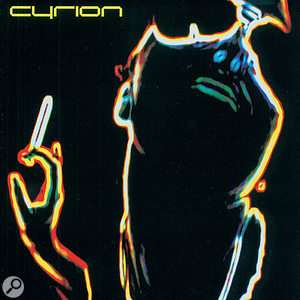 This may seem obvious but, as a general rule, where an album's opening track is described in the accompanying literature as an "all‑out glitchfest”, you would be wise to approach it with caution — especially first thing on a Monday morning, as extensive research has shown this to be the time of the week when our ears are most sensitive to abrasive sounds, and our tolerance for tempos above 160bpm takes a sharp dip.

Happily, though, Cyrion's self‑titled album wasn't quite the dentist‑drill experience I was expecting. Yes, there were machine‑gun snare rolls, but there was also a soft pad and, much to my relief, a clear sense of meter (something typically frowned upon by the chin‑stroking glitch community).

The rest of the album also surprised pleasantly, with the glitch element still there but largely taking a back seat after opener, 'Y Gweddill' (they're Welsh, by the way). The Warp Records influence is present throughout, but the emphasis seems to be placed on accessibility, with tracks such as 'Pressure State Response' demonstrating Cyrion's potential for commercial appeal.

There is a slightly 'rough around the edges' aesthetic to the album as a whole, but given that they're obviously capable of making floor‑fillers, I suspect this is by design. Despite this, I feel Cyrion are to be congratulated for making a dance album that doesn't require the ingestion of stimulants to enjoy (except, perhaps, for my Monday morning coffee). Chris Korff 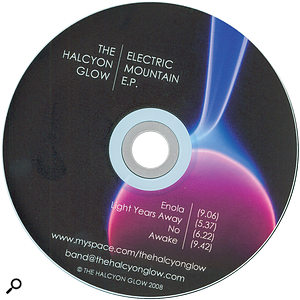 The Halcyon Glow apparently have both "progressive and post‑rock tendencies”. Which leads them, with crushing logic, to describe their music as "post‑progressive”. And if their music is representative, I'm afraid it highlights a few shortcomings of this bold new genre.

When the original prog bands did away with verse‑chorus structures and obvious melodies, it was because they had other things to put in their place: virtuoso musicianship, classical harmony and counterpoint, an interest in long‑form musical structures and unusual time signatures.

The Halcyon Glow have definitely mastered the bit about not writing short or catchy songs. The problem is that they're not doing quite so well when it comes to finding something else worth playing instead. Their material, for instance, mainly involves oscillating between A minor and E minor for about a week at a time. Any deviation from the straightest and most plodding of 4/4 is solely due to the presence of a drummer who makes Mo Tucker sound like Elvin Jones, while their guitar sounds bring to mind some sort of broken knock‑off Dave Gilmour modelling pedal. Their keyboard player does a game job of playing in time while all around him don't, but it's an unequal struggle. More pre‑school than post‑anything, this is the sound of a band attempting to run before they can walk. Sam Inglis 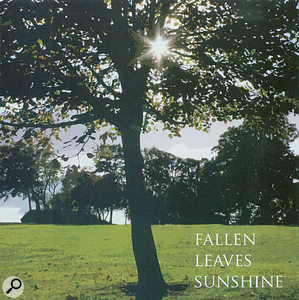 Fallen Leaves' demo has, alas, been languishing on the Playback shelf for nearly a year, so by the time you read this, they may well have secured their twin ambitions of finding a rhythm section and a recording contract. Alternatively, they may have realised that recording contracts are just so 20th‑century, and that the modern way is to stick it on iTunes and hope for the best. Or perhaps they've chucked in the music lark to study for their GNVQs in golf course management.

I hope they haven't, because their five‑track demo is really rather good. In the absence of a real drummer, they've made sensitive use of samples, and the software‑based electric pianos and Mellotron strings are likewise more than adequate. At the heart of things is Rosie Hillman's breathy, gentle voice, which has been kept right at the front of the mix where it belongs. The band's soft, warm, occasionally jazz‑inflected music floats out of the speakers like meringues on custard. If Radox sold music, it would sound like this. Sam Inglis 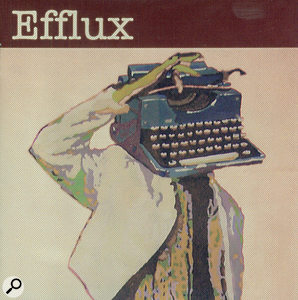 Taking prog in an altogether more fruitful direction are St Albans seven‑piece Efflux. For the most part, they avoid both the pastoral, folky fringe of prog and its cape‑wearing Dungeons & Dragons tendencies. Their songs are infused instead with a heavy dose of jazz‑funk and a strong blast of itchy, jerky post‑punk jumpiness. The musicianship on display is faultless, yet there's little of the showboating that so often blights both prog and fusion. The arrangements, recording and mixing are equally impressive. Top‑class. Sam Inglis 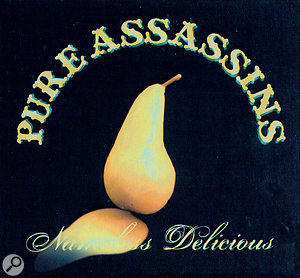 As any schoolkid facing exams will know, preparing a revision timetable is a brilliant way of feeling as though you are achieving something worthwhile, without actually having to do any revision. I have found that tidying up the demos awaiting Playback reviews brings similar rewards. Last time I did this, I found no fewer than four copies of Pure Assassins' six‑track EP, which seem to be accumulating at the rate of about one a month. It's tempting to see how long they'll carry on sending them in before getting disheartened, but that's no way to treat your readers, so I'll settle for giving them a slightly underwhelming review.

In many ways, Pure Assassins' music mirrors their approach to sending in demos, because it gives the overwhelming impression of people trying a bit too hard. You can almost hear the sweat that has gone into crafting their intricate arrangements; every song is a riot of weird guitar sounds and unlikely instrumental juxtapositions, and every sound is distorted, effected, double‑tracked, tremoloed or otherwise fucked with. Yet the production overkill comes across as an attempt to distract from the awkward fact that Pure Assassins lack an identity of their own.

For instance, a lot of work must have gone into assembling 'The Feeling's Strong', which piles up fuzztone bass, parping staccato brass, tremoloed slide guitar and octave‑doubled vocals; yet as far as the listener is concerned, what you get is a blatant pastiche of Odelay‑era Beck. As the old saying goes, you can't hum the spring reverb, and all the production gimmickry in the world can't compensate for anonymous songwriting. Sam Inglis

All The Space Before Us 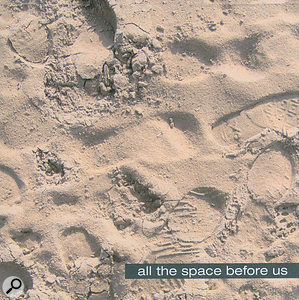 To my mind, the phrase "indie‑rock project” conjures up something horrific involving jangly guitars, concocted by former members of Cast in their now‑plentiful spare time. I can only assume that it means something different to Italians, because World End City sound more like Stevie Wonder than the Seahorses. They are, in other words, smooth, suave and soulful, and wouldn't be seen dead wearing a parka.

Their material is highly competent, albeit with a slight whiff of dolcelatte — where it does veer towards indie territory, as on 'Timeline', it's at the very poppiest end of the spectrum — and their production varies from the good to the top‑notch. 'Colours', for instance, underpins a fantastic vocal sound with imaginative use of heavily reverbed organ percussion. The musicianship is first‑rate, as is Antonio Micheli's singing, and the mixes generally excellent. Sam Inglis

This month's winner is James Russell of Cathis Ord.