I want to start with a confession. I love gear. Macs, DAWs, plug-ins, synths, microphones, monitors, audio interfaces, you name it. I get a kick from owning and using stuff which is beautifully designed and made, and which really works. 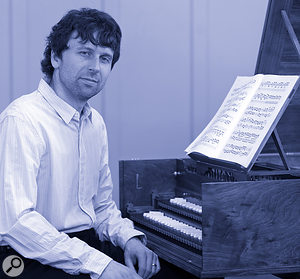 Not so long ago, though, I was reminded of a fundamental truth: above all, it’s technique, experience and sheer effort, and not gear by itself, that actually gets you the best results.

The story all revolves around some German mics. Despite a few pairs of these beauties costing the same as a reasonable second-hand car, I’d convinced myself that my recording life would not be complete until I had some. I was getting regular work as a freelance location sound recordist and producer, and always had my eye on the next purchase that might make my setup better. Nice preamps, monitors, headphones and a top-class audio interface were already in place. This new acquisition would be the crowning glory.

So having duly spoilt myself, and frankly being in denial of the eye-watering cost, I made my next few classical-style recordings using these mics. They came out pretty well, going down in multitrack at high sample rates. Classy, unforced, naturalistic presentation: tick! Low noise, wonderful level of detail: tick! Smug look on recordist’s face: tick!

In my mind this was it — the big league, the high end. I’d demonstrated my commitment to my art with my credit card, and life seemed good.

Until, that is, I happened to listen back to some albums I’d made way back, when I first got into location work. At that time, in the mid-to-late ’90s, an entry-level 16-bit DAT machine had been my workhorse. It was partnered with modest microphones, a small 16:2 mixer, and no outboard gear at all. Mix decisions had to be made there and then, on the session. I’d be constantly in and out of the control room, making tiny changes to the position of mics and musicians, listening really critically, triple-checking everything. It was hard work and quite scary.

Anyway, as you’ve already guessed, it turns out some of these old albums sounded better than the newest ones. I preferred the instrumental balance and the stereo imaging. The sound was more open and mellifluous. They seemed to hold their own with anything. I listened on further, and then I realised I also preferred the computer-era recordings that pre-dated the Big Mic Purchase as well. It was one of those awful moments — I felt a mixture of confusion, anger and sheepishness. I could absolutely not blame the gear, so it had to be something I was doing. When the nausea had died down, and I thought about it, I finally began to understand.

First, my gear fixation had made me lazy. I’d allowed myself to believe that I only had to sling up the wonder-mics, dial in all the stepped and digital gains, engage high sample rate, cry ‘Make it so!’, and then just sit back and revel in the warp-speed utopian luxuriousness of it all.

Second, my bamboozlement at the sheer monetary value and legend-worthiness of those damn mics meant I always reached for them indiscriminately. Other, cheaper models in my mic locker (well, OK, holdall) that might have been a better choice in some situations got left unused.

So I did an experiment. On the next session I left the big-money gear behind, and used my trusty ‘spare’ mics plugged into an ‘in case of emergency’ eight-channel ADAT mic pre. Only this time, I took nothing for granted. I put aside preconceptions about quality and cost and relied on my ears, comparing and experimenting. The outcome was startling. It was the best recording I’d made in years.

Am I saying we should all jettison our hardest-won, long-saved-for tools? No way! High-quality stuff can offer tighter manufacturing tolerances, a longer working life, be more repairable — and yes, it should sound great. However, I do honestly believe that more modestly priced gear is now generally so good that, when it’s used well, it offers no bar whatsoever to making world-class recordings. Practice, not price tag, makes perfect.

Robin Bigwood is a harpsichordist, sound recordist and producer, and has written for SOS since 2001.