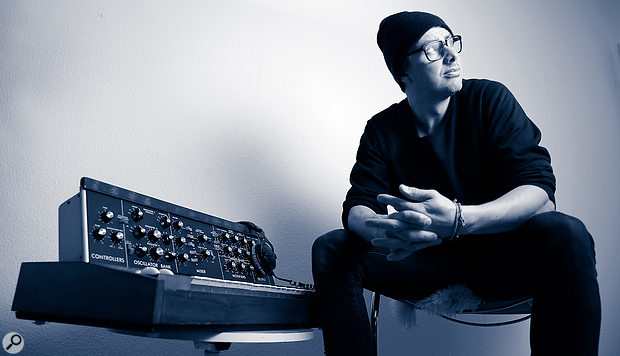 Could it be the idea of using software live is ‘sexy’ and sells units, but the back-end task of making it function solidly is not?

Keyboard players, tell me if this sounds familiar. You’ve got your perfectly crafted MainStage set, refined and tested in a wind tunnel the day before the show. It’s bulletproof. Then, just when you reach the most sensitive part of the set, it suddenly causes catastrophic problems. Hearts sink, and we ask ourselves: why do we persist with software instruments on stage when they consistently rob us of our sanity?

On delving a little deeper into this topic I was surprised by how unpopular this approach seemed to be. For some it works perfectly, for others, horribly. Why is such a vital issue the number one fart in the room of the keyboard world?

It’s easy to see why some don’t just take the easy hardware-only road — the latest software instruments sound really, really good. They are affordable, customisable and, combined with MainStage’s intuitive MIDI management, layering, assignments and horse power, they would send many hardware equivalents packing. A downside to this, however, is having to really plan your concerts in advance as they won’t always work out of the box without some setting up.

Let’s face it, though. Despite the daily complaints from keyboardists, MainStage is revolutionary, even if it’s still constrained by an open system that must cater for a plethora of third-party plug-ins and hardware, not to mention an operating system taxed by Netflix or family holiday video editing. Your Nord Piano 3 does not face these daily challenges. But soft instruments are supposed to be used live and in real time, I assume. Isn’t that the point? And isn’t your Nord piano also just a computer and keyboard at its core?

Let’s not forget that hardware keyboards from the big boys like Yamaha, Korg and Nord also sound amazing, and are self-contained, robust systems. These advantages, however, still blind us to the fact that manufacturers provide us with a downright stingy amount of sample and user memory. Keyboard users will fret over which sounds to load with their remaining 256MB of precious memory. Sorry, is this 1998? €10 at a computer store buys you more memory than most hardware workstations provide! More importantly, are we expected to buy a totally new keyboard to obtain a few new sounds? Yes, you can download extra sample libraries later, but must we pick teams?

So, if both hardware and software instruments have their advantages, why can’t we use a hybrid rig that features the sonic and practical benefits of both worlds without the unpredictable dangers? The technology is there, but what is the missing link? I don’t want to schlep an expensive rig full of road-cased Receptors and two mirrored Mac Pros to a local blues jam every Friday as a precaution.

It seems we are being sold a concept in the software instrument world rather than a functioning solution. Could it be the idea of using software live is ‘sexy’ and sells units, but the back-end task of making it function solidly is not?

Software systems must match hardware in the reliability department, simple as that. Why are playback buffers, driver stability and integration seemingly only a priority for a few high-end brands? It must be in everyone’s interest to have an integrated system that is tested and rock solid.

Perhaps this is a bit Disney Channel of me, but wouldn’t it be great if Apple could check each MainStage update carefully with the keyboard community, third-party developers and industry before release or, even better, develop their own integrated hardware solution? As a live performance application this should be an obligation! Could reliability somehow also become ‘sexy’ and be a major priority for the marketing and R&D departments of all companies involved in the chain? Our job depends on it. We cannot afford the odd problem here and there that can cost us a gig or even a tour. We need rock-solid stability on stage in order for these great software products to be more than a great idea, but a workable, day-to-day reality on stage. Stable audio driver performance and solid integration might not be everyone’s idea of naughty bed-time talk, but it sure sounds sexy to me!

Producer/keys player Simon Grey is currently seeking medical assistance for an unresolved analogue keyboard habit. Having emigrated to Europe from Australia, he has performed and lectured around the world and is currently launching new music. Go to www.simongrey.com.