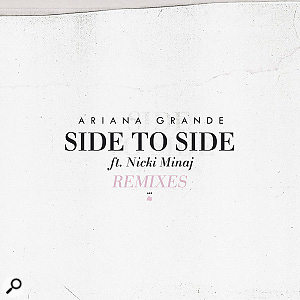 We’re always cautioning readers about the dangers of low-frequency mix clutter, and in general it’s probably fair to say that simpler bass arrangements tend to make life easier at mixdown. This production, however, features a tremendously varied arrangement at the low-end, so it’s educational to investigate how all the bass elements fits together. First off, it’s worth pointing out that the kick drum is pretty tight, with most of its LF energy focused around 60-80 Hz and not too much going on below that where it might interfere with the pitched bass parts. The drum’s fairly fast decay also helps keep loads of mix real-estate open between hits. But it doesn’t feel underpowered in any way, not least because there’s a generous helping of semi-distorted 400-800 Hz ‘knock’, which delivers an illusion of speaker-flexing power whatever system you’re listening on.

As far as melodic bass parts are concerned, there’s so much going on here that it’s actually quite tricky to reverse engineer just by listening to it! The main ‘foreground’ bass line in the verse/chorus texture features a strong fundamental in the 70-100 Hz region as well as solid low-mid-range energy for small-speaker translation. On the face of it, the former might appear to compete with the kick drum, but in practice its musical line rather cannily occupies mostly the rhythmic gaps in the drum part, side-stepping that potential mix issue. Below 60Hz, however, you’ll also clearly hear some subharmonic activity tracking the bass line, but I reckon this is actually a separate synth layer entirely, because it seems to be playing a much more sustained role with less rhythmic punctuation. Additional evidence for this conclusion is that the primary bass part appears without that sub-60Hz component during the second half of the rap at 2:38, presumably to provide a spectral pocket for the extra kick-drum sub-bass at that point.

During the pre-choruses, the primary bass line drops out, leaving a much more sustained, wide-band bass timbre which I initially thought might be the verse/chorus sub-bass layer on its own. However, the audibility of its less mono-compatible low end in the stereo Sides signal suggests it’s another independent layer, and indeed that it’s also contributing subtle off-beat rhythmic details to the choruses alongside the other parts as well. It might itself be a layered patch as well, given that the first two pre-choruses (0:38 and 1:38) feature much more sub-bass energy than the third (2:50).

The final piece in the puzzle is the subwoofer-tickling LF tone sweep that marks each of the pre-chorus bar-lines. Although in direct conflict with the bass line’s fundamental frequencies at those points, the comparatively sporadic appearance and mobile pitch-profile of the sweeps do a pretty decent job of keeping them perceptually distinct. And I love that they ‘rhyme’ musically with the primary verse/chorus bass part’s fluid portamento stylings and the falling special-effect one-shots that precede verse one and the first two choruses. All in all, if Mix Review had a Golden Subwoofer Award, this track’d be a hot tip. Mike Senior 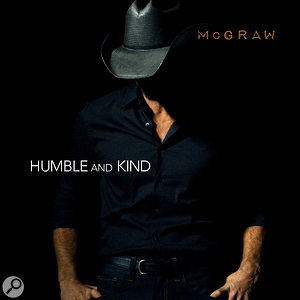 I’m always banging on about the importance of detailed fader rides if you’re trying to get competitive-sounding lead vocals in terms of balance stability and lyric intelligibility. However, there are some balance issues that even a blizzard of level automation can’t deal with, as demonstrated by these two contrasting productions.

Let’s take Tim McGraw’s ‘Humble And Kind’ to start with, which clearly contains plenty of fastidious fader rippling to optimise comprehension of the lyrics. Now while this achieves its goal admirably via a smartphone speaker and also over a slightly bigger driver such as that in my Avantone Mix Cube, it does come at a price when you’re listening on more full-range speakers. For example, have a listen to the section at 1:20-1:33 (“When the work you put in is realised / let yourself feel the pride but always stay humble and kind”) and notice how the words “you” and “but” in particular sound much fuller, which makes them leap out rather disconcertingly when heard over studio nearfields. The problem, as I see it, is that those syllables were originally sung more softly, such that the vocal timbre inherently had less mid-range and high end. As a result, if you ride the fader level of those syllables up sufficiently to ensure the intelligibility of their upper spectrum, the low end then appears bloated by comparison with the majority of the other more strongly sung syllables. 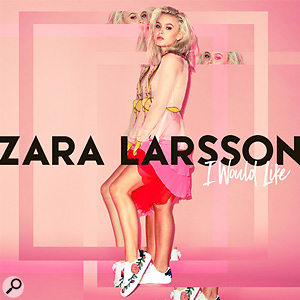 In a sense, you could say that Zara Larsson’s ‘I Would Like’ suffers from the opposite problem, in that it’s small-speaker translation that the vocal struggles with here. Check out 1:35-1:50, where the first two syllables of each of the four vocal phrases are sung in falsetto. The thing about the falsetto timbre is that it naturally tends to have loads of low-mid-range warmth and high-frequency breathiness, whereas there’s rarely much real mid-range energy in between. Listening over nearfields, the relative fader levels of the falsetto and non-falsetto notes seem pretty well judged as far as maintaining a relatively subjective vocal balance is concerned, but if I move to smaller speakers the loss of low-end power and/or high-frequency ‘air’ disadvantages the falsetto notes disproportionately, so that they sound underbalanced.

So how can you avoid these kinds of situations in your own mixes? Well, the main thing is simply to ratify your vocal rides over all relevant playback devices in the latter stages of the mix. While there’s nothing wrong with using a single small speaker for the bulk of of your vocal rides (it is, after all, extremely revealing of mid-range balance), do still make a point of specifically double-checking the vocal balance on other systems where mass-market translation is a priority. And if you hear sections which sound right on one system but wrong on another, then consider addressing these with automated or region-based EQ. For example, with the McGraw track an automated low-shelving cut might have made the vocal’s low-end balance more consistent, while an automated 800Hz peaking boost might have helped Zara Larsson’s falsetto moments project better in that crucial mid-range zone. Mike Senior 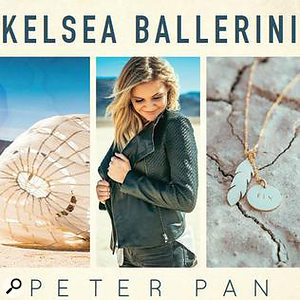 There are many aspects of this lush-sounding production to savour, but what stands out for me is the snare, whose sound constantly shifts to maintain interest and support the musical momentum. I love that every fourth backbeat gets that extra reverb impact during the choruses, mimicking the similar (but subtler) tambourine accent of the verses, making this idea so all-permeating that it becomes a little production hook. What most intrigues me about the snare, though, is whether there’s an automated delay effect. The purpose of this technique, that I’ll forever associate with Spike Stent, is two-fold. First, the echoed transients of a tempo-sync’ed delay tend to be masked by other foreground rhythmic elements, so the effect primarily increases the backbeat sustain, without using further compression or reverb. Second, the subtle rhythmic undulations of the delay repeats often make the groove seem more entertainingly complex and internally propulsive — as if the drummer (or programmer) were adding extra ghost notes. I’m inclined to believe there is something like this going on here. Listen, for instance, to the snare in the introduction, with its definite 16th-note sustain-tail emphasis, and compare that with the single-impulse snare as the first verse begins at 0:14. Then notice how that 16th-note feeling begins gradually to sneak back in after “boy, I let you have it” at 0:25, before manifesting itself more strongly after the word “lost” in the pre-chorus at 0:33 and 0:39. Furthermore, a clearly audible 16th-note delay (with more pronounced feedback) appears on the claps from the second verse, and even forms the backbone of the hook fill at 2:03. So why shouldn’t the same kind of technique be in use more surreptitiously on the snare?

While you ponder that, appreciate the tremendous unison fill delivered by the vocal, guitars, and bass during the final chorus on “never gonna learn”, an arrangement trick which, despite its simplicity, somehow still remains rather underused in pop productions. Mike Senior

What connects this song with Frank Sinatra’s ‘Fly Me To The Moon’ or that old jazz standby ‘Autumn Leaves’? The answer is that all those tunes (and a fair few other hits besides) feature harmonic progressions containing a complete minor-key cycle of fifths. What interests me more than their similarities, though, are their differences, as each songwriter wrestles with this harmonic archetype in their own way. Where this specific song trumps the others, for example, is in the sheer persistence of the pattern, which underpins the entire song, repeating 11 times in the single version and 28 times in the more extended album version. Furthermore, there are no chromatic shenanigans spicing it up (as in Lionel Richie’s ‘Hello’, for instance, which I critiqued back in SOS February 2016) and no attempt to soften the supertonic diminished chord by shifting it into first or second inversion (a frequent recourse of classical composers); it’s just heads-down, here-we-go-round-the-cycle from top to tail. 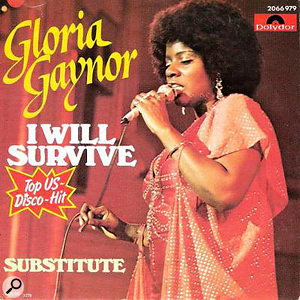 While I think there’s something undeniably hypnotic about this constantly recirculating harmony, it does present something of a practical problem for the poor bass player Scott Edwards, who’s faced with the unenviable task of trying to make 200 successive up-a-fourth/down-a-fifth root motions sound interesting! He certainly steps up to the plate, though, and his heroic efforts are probably the highlight of this whole production for me. In this respect, it’s a bit of a shame that most people know this song only from the single version, because it’s actually from the beginning of the fourth minute that Edwards really hits a purple patch. Obviously, he’s been providing tremendous rhythmic impetus up to that point, as well as switching up his end-of-bar eighth-note fills between chromatic and diatonic passing notes, but his melodic instincts really come to the fore after the single version’s fade-out. In this respect the new 16th-note fills under the second appearance of “and so you’re back” feel like a statement of intent, introducing the idea of a five-note diatonic falling scale that later appears in augmentation as eighth-notes under “all the strength I had” (5:11) and then grows into the more extended scalar workings under “walk out the door” (5:46) and “not welcome any more” (5:50). But the crowning glory for me is the sequential series of three scalar figures that underscore the second sax solo at 6:16-6:27, and which reappear under both the final harmonic cycles (starting at 7:22 and 7:38).

Whatever version of this song you listen to, though, take a moment to focus on how mellow those strings sound. For me, this serves a number of purposes in this mix. On the one hand, because we’re so used to the idea of violins being bright-sounding instruments acoustically, I think the fact that they’re outshone in the HF zone by the vocals and percussion here helps create an illusion that those more important arrangement elements are actually brighter-sounding than they really are. But it also means that the lead string lines are relying on their mid-range frequencies for audibility, avoiding a harsh spectral build-up at the high end of the mix, plus they maintain good separation from the lead vocal when both appear together after the song’s iconic hiatus at 2:35. Mike Senior