Thank you to all our readers over the last 30 years... Skip to main content

Thank you to all our readers over the last 30 years...

You are in good company!
By Will Betts 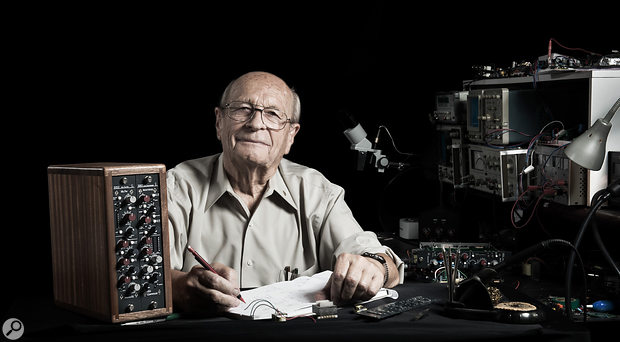 “I admire Sound On Sound as the survivor amongst the professional media. I knew the people that founded it, I read technical articles and have even lifted some of the articles and applied them to a few of my own designs! Long may you last!”

“Sound On Sound is the best resource for engineers, mixers, producers, etc, PERIOD!!! Sure, you can go online and get a lot of information nowadays, but how cool is having everything you could want at your fingertips in one magazine?? The product reviews are exceptional and the articles very insightful. In ‘Inside Track: Secrets of the Mix Engineers’ I’m able to see how some of my peers work and get inspired by some of their techniques. I also enjoy ‘Classic Tracks’, where I can read about the process of how some classic songs came together.”

“I have been a reader of Sound On Sound for as long as I can remember. The amount of enlightening information, the intelligence of the writing, the beautiful print quality, and the personal stories make it as useful as the audio tools it covers. I’m a huge fan.” 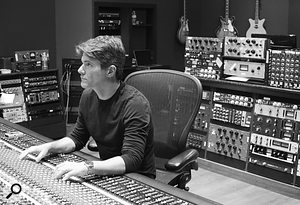 “As a professional I admire Sound On Sound as one of the most trusted and credible sources of inspiration and information.”

“Besides the excellent interviews and fascinating, in–depth recording and mixing articles, I can always depend on Sound On Sound for complete, unbiased reviews of the latest pro–audio gear. And they use all my favourite fonts!”

“I never miss an issue of Sound On Sound. There isn’t a magazine I look forward to receiving in the mail as much as SOS! It’s the best way for me to keep up with new products. I’ve learned a lot from reading about all of the secrets of the engineers and producers. Thanks SOS!”

“SOS digs deep into both mainstream and obscure gear, techniques, and the people in recording. Their worldwide perspective is a refreshing change from the trashy Hollywood gossip.” 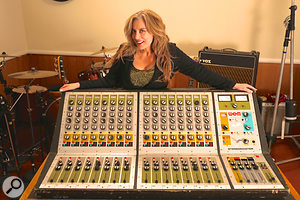 “Magazines like SOS have meant a lot to me since I was a kid wanting to learn everything about the music industry. I would read cover to cover about how big-name producers made their music, get tips and tricks, and of course stay on top of the latest gear. Sound On Sound is a truly great magazine and can inspire and motivate up-and-coming musicians.”

“Sound On Sound has been an amazing source of inspiration for me over the years. Being able to read first–hand accounts of how masters of production and mixing have crafted their hits has been invaluable, as have all the technical tips and gear reviews. I couldn’t do without it.”

“I can honestly say that Sound On Sound’s review of a certain speaker some years ago prompted me to spend ages tracking down this piece, and consequently my listening habits were forever altered going forward. Sound On Sound: ignore it at your peril!” 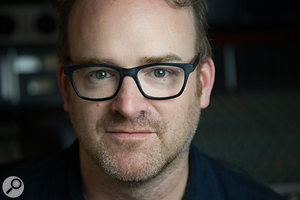 “Sound On Sound is like the textbook I never had. It’s just got SO much information, so much in-depth information about how things work in recording and I still reference it constantly.”

“I receive SOS every month — it’s the only technical magazine I read. I really like the historical articles: you always choose to feature an interesting artist who isn’t too obvious a choice.”

“I love the magazine. There are certain magazines you read where you take everything with a grain of salt and you’re not quite sure if you believe it. And Sound On Sound, when I read it, I believe it. It feels as though its only agenda is people reporting on stuff they’re interested in.” 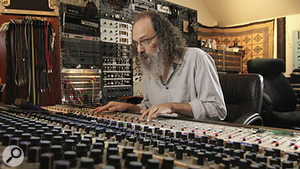 “In this crazy and rapidly developing world of music technology and recording, Sound On Sound is a prominent beacon guiding the way for both established professionals and anyone anxious to get started in the field. It’s the magazine that separates the men from the boys, by being consistently highly informative, uniquely unbiased and right on the cutting edge: my personal #1 go–to source of information.”

“I’ve been a subscriber and reader of Sound On Sound magazine for years. Having read many other trade magazines, SOS has always provided high, unbiased quality. As a multi-platinum mixer I have gained valuable insights and quality product reviews which helped me upgrade my studio over and over again.” 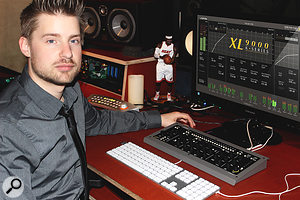 “Sound On Sound has always been my favourite magazine to read and I would always get excited to try new gear based on the reviews.”

“Sound On Sound is what I first read when I was getting into music technology. I used it at university, ever since, and I’ve featured in it a couple of times. It’s a great read for people who want to know about what we do.”

“One of the most enjoyable elements of mixing is never knowing all there is to know. I always learn something new when I read a copy of Sound On Sound! It keeps me informed and I love reading about how other engineers work. In the daily–changing world of digital, Sound On Sound is the best way to stay current. Their writing and editorial staff is as good as it gets.”

“My favourite SOS articles are the ones about how the old guys made such fantastic-sounding records with a rusty magnet, some tape and a wild imagination. Production and engineering are sometimes made to appear mystical, but SOS strips that away and shows you that it’s really about simply trying to capture a feeling in the best way.” 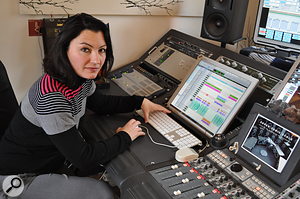 “I discovered Sound On Sound magazine when I lived in NY in 1992. I was a real fan of the engineer interviews. Today SOS is still my reference concerning equipment and professional music technology news.”

“Sound On Sound is informative from cover to cover, and I always read it. I always learn something from reading the interviews, and I rely on the new gear reviews. I look forward every month to the next edition.” 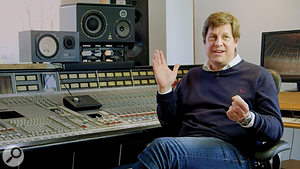 “I love Sound On Sound, and I think it provides an invaluable service to the industry in documenting and passing on studio know-how that has been garnered over many decades.” 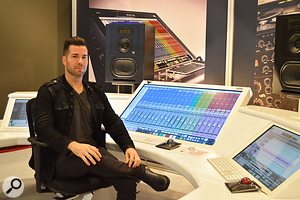 Steven Slate“What do people need when they get into a new field? They need education, and Sound On Sound brings them this education in a very efficient, intelligent and logical way. I’m really happy that it exists. I read every single issue to this day and I still learn a lot from it.”

To mark our 30th anniversary, the SOS team chose some highlights from the history of modern music technology. Click the link to download our Timeline Of Tech!