‘Shut Up And Dance’

There’s a definite whiff of the ‘80s to this production, with its gated drum ambience (especially on the snare), sheeny synth pads, reversed snare ‘whooshes’ (at 0:25, 1:05 and 2:40) and general willingness to embrace stadium–sized reverb/delay effects unabashed. Speaking of delays, the verse vocals are interesting in this respect, because you can hear the mix engineer (Neal Avron in this instance) shifting the balance between a shorter single–tap slapback delay and a longer quarter–note feedback delay to highlight words such as “Kryptonite”, “dream”, and “born”. The bass is well worth keeping an ear out for, too. Not only is the firmly fuzzed tone critical to the tunefulness of the basic distorted–guitar chorus texture, but the rhythmic interplay of the simple verse riff adds significant interest to the lead vocal’s line there, in my opinion. And don’t miss the little rising–scale guitar countermelody under the chorus “oo–oo–oo” line — I’d wager that it’s been tweaked up with the fader automation specially for you to appreciate, so it’d be churlish to ignore it! 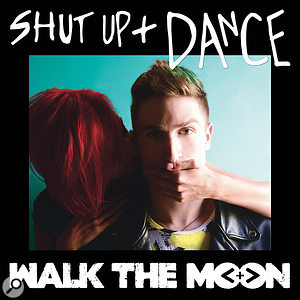 Besides all those good things, I think it’s quite clever the way the singer underlines the two “shut up and dance with me” hook–lines in this song’s chorus. The most obvious technique for the first hook is the fifth–upwards rise to G-sharp (first heard at 0:09), where the line has hovered on C-sharp thus far. Clearly this isn’t a factor for the second hook–line (at 0:16), though, preceded as it is by the higher A-sharp of “oo–oo–oo”, but in that case the change out of falsetto delivery performs a very similar highlighting function. However, the trick I like the most is when the syncopation between the kick–drum and the vocal’s rhythmic pattern during the first three lines suddenly resolves for the first hook–line, not only causing the kick–drum hits to heavily accentuate the words “–up and dance with”, but also emphasising the lyrical content by slowing down the note–rate in real terms (from dotted eighths to quarters). And you can hear something similar happening in the prechorus, where the dropped downbeat and subsequent eighth–note kick–snare–kick–kick pattern subverts the whole groove to underpin the lead–vocal’s “she took my arm”, “I don’t know how”, and “we took the floor”. Mike Senior

‘Want To Want Me’ 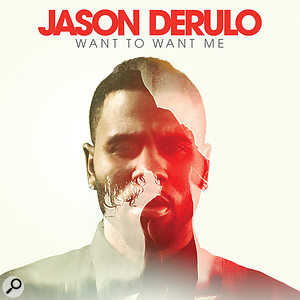 Despite its commendably powerful–sounding samples and generally slick production values, I can’t help feeling that this song’s groove is a bit stuck in the mud. In a live musical performance, musicians will naturally stress certain rhythmic subdivisions more than others, often giving downbeats more oomph than upbeats, for example. The particular patterns of rhythmic stress vary according to the musical style and the sensibilities of the performer of course, but what humans never do is play every subdivision exactly the same — that’s one of the hallmarks of expressionless machine–generated music, and generally the enemy of groove. And it’s what I’m hearing too much of here. There are some parts I’d directly point the finger at: the mechanical off–beat 16th notes of the bass; the monotonous hi–hat that arrives at 0:19; the clunky drum fill first heard at 0:30; and the rhythmic background pad pulsing away determinedly on 16ths during the choruses. But it’s not just that, because I generally just get the sense that the 16th–note subdivisions are being overemphasised in the balance overall, which is something that almost invariably cause any groove to drag, in my experience. I’m not saying there’s no place for some robotic–sounding elements in chart music, because they do have a certain appeal, but I do think they needn’t bog down the groove as much as this. Mike Senior

‘Where Are You Now’ 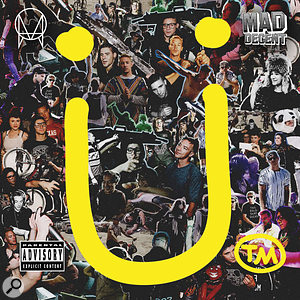 As you expect of Skrillex (who, together with Diplo, provides the brains behind Jack ), there are masses of creative effects on show here, right from the rate–increasing auto–pan applied to the opening reverse–envelope sound effects noise. The narrowed reverb on the G–G–A–B–A hook riff (first heard at 1:09) is particularly cool, not only because of the strange sense of distance it gives, but also because of its contrast with the width of the high percussion, the snare’s diffuse decay tail, and the lead vocal’s diffuse stereo effects. The growling robotic pitch–shifter layered onto the lead vocal at 0:44 is another highlight, setting itself in stark relief against Bieber’s syrupy (though beautifully recorded) falsetto delivery thus far. And, speaking of pitch–shifting, notice how the downwards octave shift in the first verse at 0:58–1:04 is answered in the second verse by an octave–up shift at 2:27–2:33.

The section transition when the main beat arrives is pretty effective too, the HF–rich transient of its first kick cutting the verse section’s long feedback delays and lush reverb dead, while the bass simultaneously drops the frequency floor with its powerful opening 40Hz tone. Some of this contrast vanishes on smaller playback devices, of course, but at least the underlying pitch is still represented in the 3/16th synth ostinato, so the music fundamentally remains intact. Mike Senior 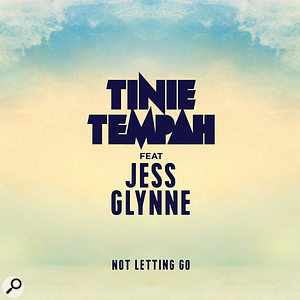 Vocal delay spins are nothing new. Indeed, ever since in–the–box mixing took hold, every man and his dog seems to have been tarting up the ends of sung phrases by riding up the echoes. Those wanting extra value also frequently differentiate the delays from the dry sound by panning them somewhere different and maybe processing their return channel with some kind of EQ or even distortion. But the vocal spin on the words “right track” here (at 0:31) is a little special because not only are the two echoes panned to create a ‘ping–pong’ effect and heavily filtered to adjust their tone, but the second delay tap has also been pitch–shifted upward a third or so, independently of the first. Worth all that effort for such a fleeting moment? Well, I certainly did a double–take myself, and I can’t believe I’m the only one whose fancy was so tickled. Mike Senior 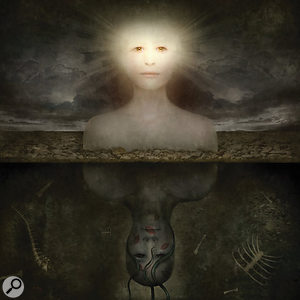 As happy as I am that Mutt Lange continues to eschew the golf course in favour of the recording studio, I can’t help wishing that he’d retired his Def Leppard snare sound! Putting that aside, though, this production certainly exhibits that juggernaut directness that I associate with so many of Lange’s classic stadium–targeted productions, staking everything on the quality of the song, the performance/personality of the singer, and the song’s basic groove and sonic signature. Less confident producers (me included!) would probably have caved in to the temptation to tease the listener’s ear with additional layers, spot effects or section contrasts — one of Lange’s strengths is his ability to imagine himself into the head of the everyman first–time listener and then strip out anything that distracts from the essentials of that punter’s experience. We mere studio mortals effectively stop appreciating the importance of the bare bones of the track by the time we’ve heard it a hundred times during the recording and mixing process, so we tend to add extra arrangement frills for our own benefit that only serve to distract the less musically sophisticated majority of the public from what we actually most want them to buy into.

As admirable as it is, however, the Lange approach has one important downside: it leaves a less–than–stellar song and/or vocal performance with nowhere to hide. Oh well. Better luck next time, lads... Mike Senior 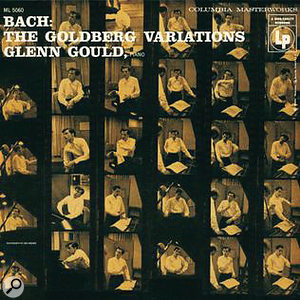 Ask most listeners which composers are most challenging for pianists to play, and they’ll almost certainly put the great romantic virtuosos at the top of their, er, Liszt. It’d be a rare punter who placed any baroque composers on their performer’s pain scale, and yet Bach is actually fiendishly difficult to realise on the piano. It’s not ‘flashy difficult’, as in throwing fistfuls of notes around the place right across the keyboard, but rather the difficulty is one of control, of phrasing each individual melodic line independently of several others woven around it, despite having only two hands available. Creating smooth legato lines is particularly tricky, not only because the music may only spare you one or two fingers to play a given line, but also because the instrument’s sustain pedal can only offer scant assistance, acting as it does on everything at once — lean on that more than fleetingly and the whole piece just dissolves into mush. It’s within this context that Glenn Gould’s classic Goldberg Variations recording continues to astonish me.

Despite his rattling through the notes with what many consider unseemly haste (Gould himself took things much more slowly when he rerecorded the piece shortly before his death in 1982), you still get a palpable sense that you’re listening to an ensemble piece, rather than just a single player’s 10 digits. Even more impressive is how clearly all that detail comes through the mono recording, without the benefit of any stereo cues to differentiate the pitch registers or separate the piano’s tone from the room ambience. Part of the secret to this is Gould’s leaning more towards staccato delivery in general, and perhaps the most virtuosic aspect of his achievement here is that he manages to maintain the evenness of this delivery even at ferociously high speed — as in variations 21 or 24, for instance.

On a more technical level, Glenn Gould was one of those pianists who presented engineers with an extra problem — he had an unconscious habit of emitting all sorts of unconscious singing and humming noises while playing. (It’s one of the lesser–known secrets of pianistic success, you know. Just ask Keith Jarrett.) On this recording, though, these utterances remain pretty inconspicuous, so I wonder whether any special means were used to avoid picking them up. In particular, my curiosity was piqued by a studio photograph I discovered online [Alas, we were unable to establish the copyright owner and so are unable to reproduce it here — Ed], allegedly showing Gould in mid–flight during the Goldberg sessions with a Neumann mic prominently positioned about six feet directly above the top octave of the keyboard, pointing 20–30 degrees downwards towards the centre of the instrument’s soundboard. To be honest, that’s not the first position I’d instinctively select for recording classical piano... unless I were using a figure–of-eight polar pattern to reject Gould’s humming. Agreed, a figure-of-eight pattern would have lost ground to an omni at the low end given the miking distance, but perhaps that might have been considered an acceptable trade–off in this instance, given that the piece itself doesn’t actually make use of the modern piano’s lowest octave at all.

And a final little titbit for you trivia lovers: this album was recorded in the same room as Miles Davis’s Kind Of Blue. What do you mean, you didn’t recognise it...? Mike Senior