With so many active nearfield monitors available, how do you decide which pair is right for you? Here's a round-up of some of the models we've rated highly in the last few years, along with advice on choosing monitors. 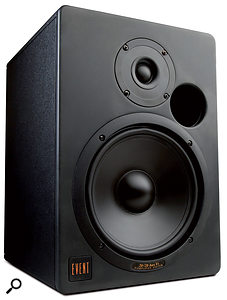 Although cheaper than most of the models in this round-up, these speakers definitely hold their own, thanks to their impressive bass extension and clear portrayal of mid-range and high frequencies. Capable of surprisingly high playback levels, they also offer very good stereo imaging. 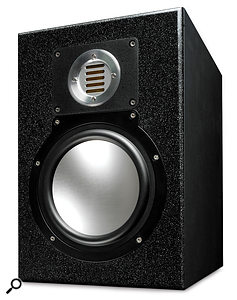 Unlike many of the monitors here, the Rocks, from Unity Audio, are not ported — their cabinets are sealed, which helps to produce a more accurate bass response than that of many vented speakers. The Rocks are capable of going much louder than you'd expect, too, and are attractively priced, given their level of performance. 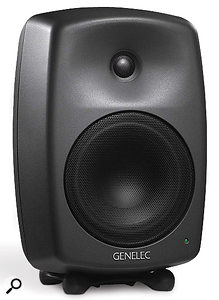 These monitors have been on the market for several years, yet are still a popular choice with mix engineers, thanks to their brutal honesty, low distortion and excellent stereo imaging. Like most other Genelecs, the 8040 APMs have a 'forward' tonality that many find useful for highlighting problems in the critical mid-range. 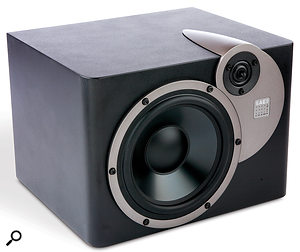 Like Unity's The Rock speakers, the AE22s are a sealed-box design — in fact, they were intended to perform the role of Yamaha's classic NS10 monitors, but have a significantly smoother frequency response. Their time-domain response is also outstanding for a speaker of this price. 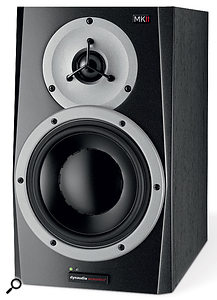 These updated versions of Dynaudio's long-established BM5s follow the classic two-way, ported-speaker design. In that respect, they are unremarkable, but they are built to a very high standard, using quality components, and present an accurate and neutral sound. Their bass reproduction is commendable for a monitor speaker of this type. 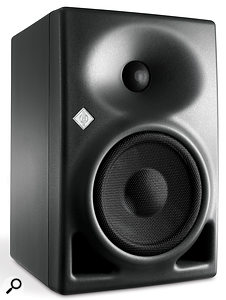 Both powerful and accurate, these compact speakers are absolutely worthy of the Neumann badge, boasting bass extension that's highly impressive for their size, conveying an excellent sense of depth, and with stable stereo imaging. A neutral tonality is complemented by commendably noise-free performance. 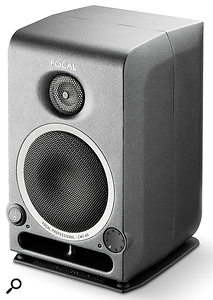 Small though they are, these dinky speakers from French manufacturers Focal are nonetheless capable of producing a remarkably big sound, with surprising bass extension. As such, they're a good choice for anyone who needs quality monitoring, but for whom space is at a premium. The larger models in the CMS range are also well worth checking out if you need more volume or lower bass reproduction. 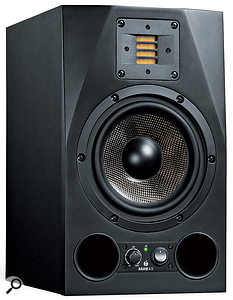 Adam speakers are probably best known for their unusual ribbon-based tweeters. These are both highly efficient and have a very wide bandwidth, meaning that they can reproduce sound much higher in frequency than dome-type designs. The A7Xs are compact, yet still effective at low frequencies, and they boast good stereo imaging and a wide 'sweet spot'. 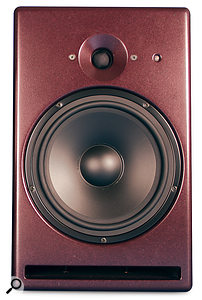 These compact monitors from Swiss company PSI Audio employ some clever technology to deliver an impressively accurate sound. Their amps are powerful Class-G types, for example, and they use a system called Adaptive Output Impedance to yield an extremely fast impulse response. They're not cheap, but they are very high quality. 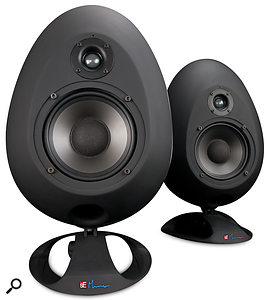 Perhaps the most unusual-looking speakers here, the SE Munro Egg 150s owe their ovoid shape to the design work of acoustics guru Andy Munro. The rounded cabinets reduce edge diffraction, while the egg shape minimises internal resonances, both features contributing to an accurate and neutral sound. A monitor controller, with EQ presets and source switching, is built in.

Buying a pair of monitors is a tricky business, but you can avoid many of the pitfalls by knowing what kind you need, and doing your research... 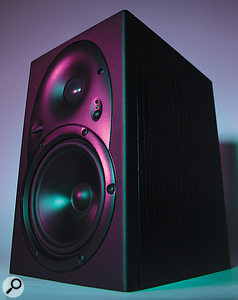 Whether you're buying your first pair of studio monitors or upgrading your existing ones, it's worth spending time thinking about what you need from them. Unlike hi-fi speakers, which are often designed to sound pleasing, monitors are supposed to sound accurate, which means that if what you're playing through them is recorded or mixed poorly, they ought to let you know! But even though they're all designed with the same general purpose in mind, manufacturers have different ideas about achieving it, and that's why there are so many different models available. What's more, almost all of the various makes and models are built with a price point in mind so, to a large extent, you tend to get what you pay for.

In this Spotlight feature, we're focusing on active, nearfield types, because they are by far the most common sort of monitor and the market for them, consequently, is very crowded. Active monitors — those with amplifiers built in — are also a highly convenient choice, as they save on cabling while also eliminating the need to specify and buy a separate amp. Nearfield types, meanwhile, are so-called because they are designed to be used up close, so that most of the sound you hear comes straight from the speakers themselves, rather than from reflections bouncing around the room. This is particularly advantageous if the room in which they're being used isn't optimised for monitoring (which, if our Studio SOS visits are anything to go by, means the vast majority of home studios!).

Active nearfield monitors are almost always two-way designs, meaning that they use two drivers — often referred to as a tweeter and a woofer — to produce their sound. The audio going into the speakers (from a mixing desk or audio interface) is essentially split into a high-frequency band and a low-frequency one, with the tweeter taking care of the highs and the woofer handling the lows.

Tweeters, being smaller and lighter, can move quickly, which allows them to vibrate at higher frequencies. By contrast, reproducing low frequencies at volume requires a lot of air to be moved — something woofers, being relatively large and heavy, are rather good at! In fact, there's a pretty direct correlation between the size of a woofer and its ability to produce bass, so pay attention to the driver size when you start shopping around. For example, if bass reproduction is important to you (which it may be if you work with dance music), you may want to opt for a speaker with a six-inch or eight-inch woofer. For some styles of music, however, the extreme lows may be less critical, and you may be able to get a better-quality monitor, albeit with less bass extension, for the same amount of money.

Most of the nearfield monitors we come across are 'ported', meaning that there's a hole ('port') somewhere in the cabinet leading to the back of the woofer. The purpose of this port is to allow some of the sound coming from the rear of the woofer to be heard from the front, through the opening in the cabinet. This makes such speakers capable of producing lower frequencies and going louder.

There is a problem with this approach, however: the port itself has a resonant frequency, which means that the speaker may continue to sound bass notes for longer than it should. This can make it difficult to judge things like bass compression, or the relative levels of a bass guitar and a kick drum. Sealed-cabinet speakers, on the other hand, are better in this respect: they tend to stop producing sound more quickly than their ported equivalents, though the trade-off is that they are also less efficient, and so can't reproduce extremely low frequencies as loudly. In short, then, although sealed-cabinet speakers may not be able to output as much bass, the bass they do produce will often be presented more accurately.

Once you've got a rough idea of the type and size of monitor you need, and you've drawn up a shortlist, it's advisable to listen to as many of your potential purchases as possible. Although this may mean a trip to your nearest retailer or distributor, it's still the best way to buy, as, despite all the theory, there are many aspects of a speaker's performance that boil down purely to personal preference!

It's also worth mentioning that buying a pair of monitors is only the first step on your journey to monitoring Nirvana. The room itself contributes enormously to what you hear, and is by far the weakest link in most home-studio monitoring systems. This is why we recommend you set aside a decent portion of your monitor budget to treating your room, either with off-the-shelf products from the likes of Auralex and Vicoustic, or with DIY bass traps, absorbers and so on. There isn't enough space here to go into detail about acoustics, but you'll find a wealth of useful info in our Studio SOS articles, and in our 2007 article on acoustic treatment, which you can read at /sos/dec07/articles/acoustics.htm.