Does Alan Parsons’ latest book add anything useful to his video tutorial series?

Back in March 2011 my good friend and colleague Mike Senior reviewed a set of instructional videos by legend of the recording industry, Alan Parsons, under the title Art & Science of Recording (ASSR), (www.soundonsound.com/sos/mar11/articles/keyfax-parsons-dvd.htm). In September 2014, Parsons and his associates released a 272-page hard-back book with the same title to both support and supplement these videos. However, this new book (ISBN 978-1-4584-4319-9, published by Hal Leonard) also stands very well in its own right and can be read and used completely independently of the videos as an excellent primer to the subject.

Naturally, the book follows the same basic structure as the video tutorials do, but it goes into each of the 24 distinct subject areas in a little more depth and breadth. As with the videos, the technical topics covered include the history of recording, studio acoustics, microphones, consoles/controllers, digital audio and computers, monitoring, MIDI, EQ, compressors and limiters, noise gates, reverb and delays. These subjects are covered at introductory primer level, but the information is very focused on getting the job done efficiently and there’s a great deal of constructive and practical information, including some illuminating (and often entertaining) quotes from a wide range of industry stalwarts. 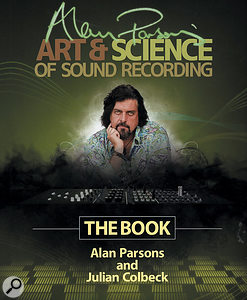 The book continues with very practical sections on the techniques of tracking a full band, recording vocals, drums, keys, bass and guitars, as well as the common challenges of recording singing guitarists and choirs, and even collaborating over the Internet. The final chapters cover recording a live stage performance, the mixing process and, very usefully, dealing with disasters. There’s also a glossary and an index.

As Mike said in his review of the videos, “The overviews of each subject area are fairly well–judged and easy to digest, and frequently touch on important real–world issues that amateur engineers tend to overlook, such as monitoring technique and session psychology. Regular SOS readers may find the large sections of entry–level material rather unrewarding, but it wouldn’t be true to say that ASSR has nothing to offer more proficient operators.” Having read the book, I concur entirely with that view!

Nicely illustrated throughout with clear diagrams and photographs, the book is very approachable and can be used as a full course if read cover to cover, or as a refresher on specific items of interest by simply dipping in and out. Being picky, there are a few minor technical inaccuracies here and there, the most frustrating being the widespread omission of descriptive suffixes when discussing recording levels — such as -14dB instead of -14dBFS. The values usually makes sense in context, but it’s a tad disappointing for an educational book that aims to establish good working practices and standards. Overall, though, this is a very good book for novices and beginners that will start them travelling the right way down the road of sound recording, and there are many pearls of wisdom and experienced insights for the more proficient, too. Hugh Robjohns