Dancehall Vibes Volume 1 provides 30 loop‑based construction kits, plus a small collection of vinyl scratches. I auditioned the Acidized WAV files in Acid Pro 7 and these totalled over 1.7GB of sample data. The advertising blurb suggests that the material is inspired by artists such as Sean Paul, Beenie Man and Mr Vegas. For those not so familiar with the dancehall genre, its roots lie in Jamaica and, while the West Indian vibe is still very present, modern dancehall (also known as bashment) melds this with influences from R&B and hip‑hop. 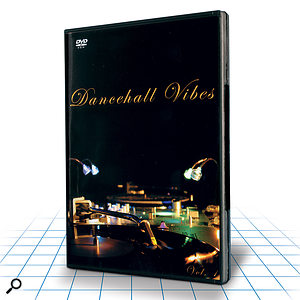 Each construction kit contains the usual collection of loops, and the bias towards mid‑ and low‑tempos (95 to 119 bpm) isn't surprising. The loops include the expected drum and percussion elements — kicks, hi‑hats, snares, claps and other assorted things being hit — and a range of synth parts. The latter are fairly sparse, in keeping with the musical style, but oddly, many of the synth loops run for several bars, even if the playing is limited to one or two, so there's some unnecessary silence. Usefully, there are some individual samples too, covering the same range of sounds in a one‑shot form. These could easily be used to build simple kits in a software sampler for adding additional parts yourself.

Each of the construction kits includes a pre‑mixed file for auditioning purposes, which is very useful to get a sense of what can be done. For those looking to build experience in this style of music production, it's an excellent way to hear how quite simple musical elements can be combined effectively. As musical beds, the kits work very well, but because vocals are such a big part of the dancehall sound, if you're looking to build such tracks you'll definitely need some suitable vocal talent to go along with these loops.

The culture of dancehall might not be to everyone's taste, but like its West Indian counterpart reggae, it can be infectious. Dancehall Vibes Volume 1 captures that pretty well, and despite some rather long periods of silence in some of the synth loops, there's a reasonable body of material to get your teeth into. In the absence of the distinctive dancehall vocal style, many of the construction kits would work just as well as beds for modern R&B, hip‑hop or rap tracks, so the library also ought to have much wider appeal than the title might suggest. John Walden