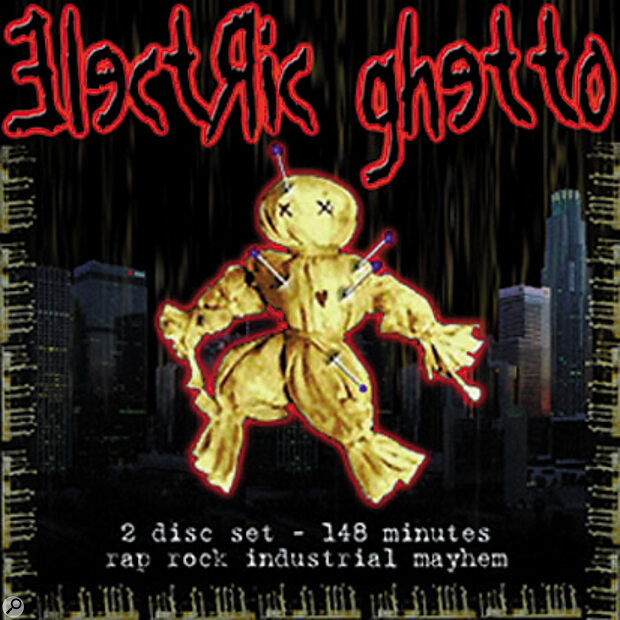 Spanning four discs — two audio and two with the same samples in WAV form — Electric Ghetto describes itself as a collection of "rap rock industrial mayhem." With Marilyn Manson and Eminem name‑checked in the sleeve notes, it comes as no surprise that this is a collection aimed at producers of nu metal/hip‑hop fusion and techno‑influenced rock.

Construction kits are the mainstay of this CD, each one composed of an extended loop (with key and tempo given) featuring an intro, main groove, hook and/or breakdown, followed by its component samples and hits. Disc one contains 18 kits, followed by five tracks of well‑played guitar riffs, ranging from mellow, delayed picking to heavy chugs and screaming fuzz. Disc 2 continues this theme, with a further 22 kits, followed by two tracks of synth atmospheres, and is rounded off by a another collection of 16 beats.

The construction kits sound fantastic, with tempos stretching from a steady 80bpm to a thrashing 200bpm, and the programming is top‑notch. The beats are excellent and range from hard, synthetic techno patterns to spot‑on, live sounding, crunchy hip‑hop breaks. Some of the beats are processed or EQ'd, then layered for a truly fat sound. For extra flexibility, each of these layers is included on their own, along with all the individual drum hits used, to allow easy customising of the loops.

The guitar samples are well recorded, yet they retain a suitably raw and chunky feel, focusing on rugged rhythmic phrases with a minimum of excessive fret fondling. A few familiar riffs creep in now and then, but not enough to dent the overall usefulness of this set. Add to this some fantastically dirty and abrasive synth sequences, a sprinkling of filter swept acid squelches and some very atmospheric washes. The whole collection exudes class.

The only slight downside for me is the lack of electric bass. The bass riffs included seem to be synthetic in origin, and although they do a great job I would have liked to see some 'real' electric fuzz bass.

What impresses me most about Electric Ghetto is its attention to detail; the construction kits are intricate and well put together, and the overall sound quality is excellent. The production is rich and authentic, and although 40 kits over two CDs sounds slightly stingy, the sheer amount of usable material more than makes up for that.

Electric Ghetto is one sample collection that delivers exactly what it promises. Versatile enough to be a valuable asset to any producer looking to inject hip‑hop/metal/industrial attitude into their compositions, it contains some of the most authentic construction kits I've heard in a long time. Although the lack of electric bass remains a niggle, it doesn't detract from the quality of the collection.

For the acid test, I threw some loops together and played the resulting 'track' to the nu‑metal chick that doubles as my younger sister, whose smiling response was "this rocks". Praise indeed! Oli Bell