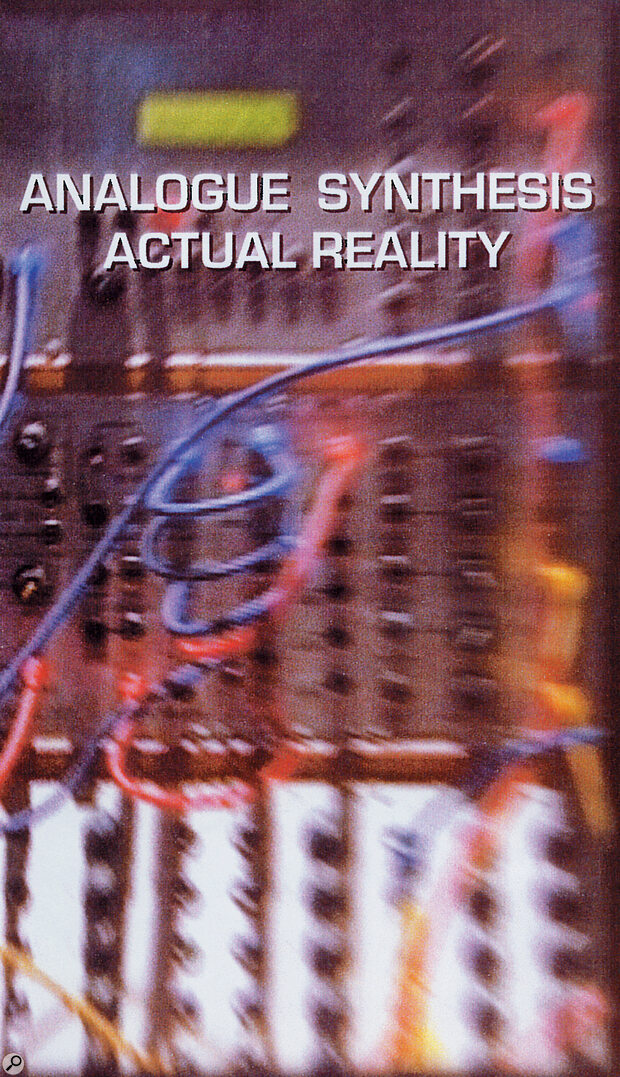 This hour‑long video was produced by Dave Goodman, the man behind Helpful Music, in a bid to demystify the complexities of voltage‑controlled subtractive synthesizers and the fog of jargon that surrounds them. Commendably, the video seeks to tackle its subject from the perspective of a modern MIDI‑based musician approaching a CV‑based modular synth with no previous experience of such instruments. To this end Dave is joined by his friend Duncan Fairweather, who explains that heis familiar with MIDI synths from the mid‑'80s and later, but does not understand voltage‑controlled, freely patchable synths.

In the main part of the video, Dave takes us slowly through the main modules that make up a modular synth. Proceeding in a logical order (approximately that of signal flow in a typical patch), he moves from connecting the synth via a MIDI‑CV converter, through discussing the oscillators, LFOs, amplifiers, and filters, as well as the basics of a few more obscure modules at the end. Careful thought has been given to the best way of presenting each module on screen — each time Dave introduces a new one, we move into a close up of the controls and connections, and he takes the viewer through them one by one.

Another well‑thought‑out section is that which explains the concept of an envelope generator. Once again, we see the controls in close up, and this time we hear the effect of the changes he makes, which helps to drive home the function of each stage of the envelope.

Despite these strong plus points, the video fails to satisfy on a number of levels. Helpful Music's original aim of making a video that is 'jargon‑free' goes sadly unfulfilled; many terms are used by Dave without explanation, such as oscillator, gate, pulse width, logarithmic and linear (as in CVs), and filter cutoff. Even the term VCO is used without anyone telling you what it means.

The idea of using a real modular, the Analogue Solutions AS8500, as the demonstration synth is a a good one in theory, but for me, rather too much time is spent describing the details of this particular synth, rather than general features which any analogue synth will possess.

More seriously, viewers of this video will go unenlightened about some of the fundamental concepts of voltage‑controlled synthesis. The idea that voltages in a modular synth can be used interchangeably as either audio or control signals — a concept frequently misunderstood, particularly by MIDI musicians — remains unexplained. This is an area where Duncan, as the uncomprehending MIDI musician, could have saved the day, but the only question he poses about the concept of control by voltages is when he asks whether they are dangerous.

As the video claims to be pitched at an introductory level, its failure to explain synthesis jargon is a serious one. This same criticism must also be levelled at the 10‑minute introduction, filmed amongst the famous collection of rare analogue synths at Martin Newcombe's Museum Studios. Dave asks Martin questions about some of his favourites, and Martin replies in some detail — but most of what he says will be incomprehensible to the novices at which this tape is aimed. Nice though it is for those who already have an interest in modular synths to see some of these rare instruments, this section won't do much to interest beginners in the subject.

All in all, Helpful Music have put a lot of thought into how to present this subject visually, and then rather undermined this with a script that doesn't really address its chosen target audience. Matt Bell