by Richard Brice By Hugh Robjohns 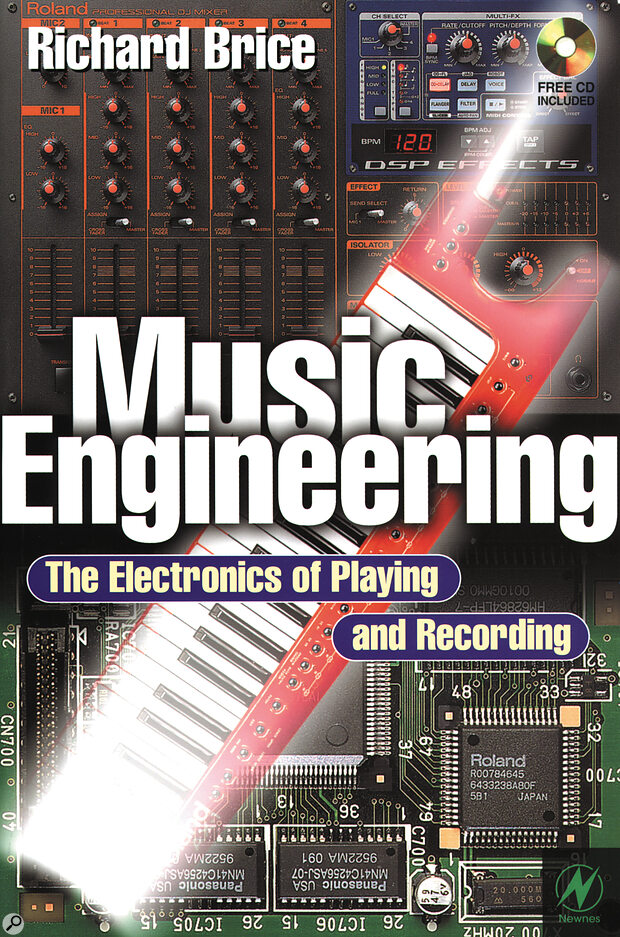 The perfect all‑round audio reference book is still to be written and, I suspect, never will be. However, this new tome by Richard Brice is extremely comprehensive, and is pitched to appeal to both relative newcomers in the subject and more experienced practitioners. I certainly found much of interest within its pages, and the handy demonstration CD which comes with the book is useful in illustrating some of the points raised.

Music Engineering is divided into 15 chapters, each devoted to one specific aspect of the subject matter. After an opening scene‑setting chapter, the meat starts in Chapter Two with the physics of sound, the origins of musical scales and temperaments, and the harmonic series. It soon becomes clear that Brice's approach is not heavyweight and theoretical, but neither does he skate over complex subjects. The casual reader is given just enough to enable sense to be made of following chapters, while a list of references allows the more investigative to pursue their interests more fully. This may not be the best book for those wanting every last detail of a technical theory, but it does provide very readable overviews of each topic, generating sufficient understanding to allow the reader to make the best use of equipment and techniques.

Chapter Three moves on to consider microphones, with a very basic outline of some of the more common operational techniques. From here on, the book suddenly becomes a lot more meaty, with a thorough examination of the fundamentals of valve amplification, including some practical circuit designs. This leads neatly into a review of the workings of some of the classic electric instruments such as electric guitars, Hammond organs, Theremins, Clavinets, Rhodes pianos, Mellotrons and so forth.

Chapter Six covers the principles behind such electronic effects as echo, reverb, fuzz, wah‑wah, phasing and flanging, dynamics processing, vocoders and much more. Again, block or even circuit diagrams are included where they aid the explanation of a particular process. By the halfway stage, we are reading about the elements of electronic sound synthesis, followed by a chapter on MIDI and sequencing — nothing earth‑shatteringly new, but a good grounding with enough detail to interest an experienced MIDI user.

Chapter Nine covers the diversity of sound recording, starting with magnetic theory and the physics of recording on magnetic tape. After establishing the basics, Brice goes on to examine analogue and digital applications, although the world‑wide standard of 2‑inch 24‑track analogue recording is notable by its absence, and hard disk recorders are, we are told, limited to only two tracks! However, omissions and errors are generally few and far between.

The secrets of digital audio, from sampling theory to psychoacoustic masking, are the topic of the next chapter, which also spends some time looking at various audio computer file formats and the hardware associated with digital audio on typical PC systems. Intriguingly, the following chapter is devoted in its entirety to spatial sound processing systems including Roland's RSS, Ambisonics, EMI's Sensura, Dolby Surround and various other surround and pseudo‑surround systems. Chapter 12 considers sound mixing desks and associated technologies such as metering, line‑up, console architecture, controls, automation and even the signal processing principles employed in a digital console.

The two penultimate chapters cover power amplifiers in all their guises and loudspeaker technology, and the final chapter discusses video systems, specifically in relation to synchronisation. In an industry where multimedia is increasingly important, the inclusion of a grounder in the video arts is most welcome, especially as it explains the key elements of both PAL and NTSC analogue video as well as the most common digital video formats. Never again will the prospect of producing music‑to‑picture be scary!

The included audio CD is given its own appendix of track descriptions and explanations. The contents include calibration tones, frequency sweeps, and odd and even harmonic series, followed by examples of 'typical' recording techniques for comparison. The largest section contains 17 examples of various kinds of signal processing and audio effects, before an assembly of simple analogue synthesizer patches, sound samples, and musical excerpts. The last two sections of the disc provide mixing and production examples, and a collection of surround and pseudo‑surround processing. In all there are 55 tracks.

Music Engineering is a welcome addition to the small library of titles available to the budding audio engineer. It offers a clear, no‑nonsense approach to the subject, with the emphasis on practicalities rather than heavy theory, and tackles the underpinning technical issues in a simple but readable way. There is a lot of emphasis on electronic circuit design, but even if you couldn't tell the difference between a beam tetrode and a 1 percent MOS resistor, there is still much to be gained from reading this book.

The content is well judged, far reaching and generally accurate but unfortunately, the same can not be said for the graphics. Although the majority of figures are of the expected standard and clarity, far too many photographs appear to be amateur snapshots, woefully underexposed (or printed), or with glaring camera flash hot‑spots. Similarly, some of the graphics and diagrams are very poor and many have been scanned extremely ineptly, with such bad bit‑mapping that the text can be hard to read and technical detail becomes almost unintelligible.

This disappointing lack of attention to detail is most uncharacteristic for a Newnes title, but don't let it put you off. Even with the poor graphics, there is still much to praise here and I can thoroughly recommend this book.