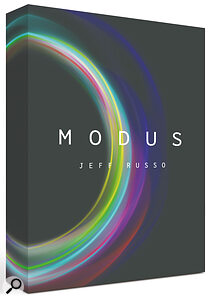 Mr Russo has conjured up some unusual, ear‑catching combinations: alto flutes and violas (a beautiful, lyrical woodwind/strings texture), piano and violas (great for midrange ostinatos), and the sparkling celestial chimes of unison vibraphone and glockenspiel, described by Russo as “the sound of Trek”. Ramming the point home, the library also features a Klingon choir intoning guttural syllables in their own language, which is frankly what the sample world has been waiting for.

In addition to these otherworldly timbres are human male and female 12‑piece choirs, large string, woodwind, trumpet and horns sections and a low brass combo of bass trombones and cimbassos, augmented by tuned percussion ensembles and lush cymbal effects. I enjoyed the low strings’ big, brooding, ominous sound, the calm, tranquil tone of the six clarinets, the eight horn players’ broad, warm tone and the choirs’ quiet ‘mms’ and ‘aahs’. Also featured are a pair of Japanese shakuhachis (another Trekkie sonority) whose breathy legatos add a sinuous world‑music aura.

All good stuff, but Modus’s heart really lies in its dramatic performance styles. ‘Transitions’ are ready‑made note movements with a built‑in articulation change (for example, normal to tremolo, or vice versa) with an initial short swell leading to a held note which then fades down. You can set the target to one or two semitones up or down, or leave it at unison. Thus you can trigger uplifting melodic and chordal movements played by high strings, low flutes or octave bassoons, shuddering low strings descents, woodwind and brass flutter‑tongue outbursts and choral intervals shifting from ‘aah’ to ‘ooh’ vowels, all at the touch of a finger.

‘Tension performer’ artics introduce independently played additive harmonies when you raise the mod wheel. There are four types: ‘overtones’ correspond to the natural harmonic series, ‘fifths’ stacks up quiet perfect fifth intervals, ‘cluster’ adds four or five semitones to cacophonous effect, while ‘atonal’ ticks the horror and suspense boxes by introducing a series of increasingly dissonant notes. The results are revelatory, inspiring and occasionally scary ‑ the female singers’ quiet clusters are not the sort of thing you want to hear when visiting a deserted graveyard at midnight on All Hallows’ Eve.

On a more cheery note, you can now buy each of the 21 ensembles separately for as little as €10, then download their individual mic positions when you need them. Hats off to OT for championing this inclusive, forward‑looking approach.