Electro-house is probably one of the broader house/dance sub‑genres and this download pack by Platinum AudioLab aims to plug you into the electro-house sound.

The meat of this collection are the eight construction kits, all labelled with musical key info, that come in 24‑bit WAV, AIFF and REX2 format. Style wise, this pack is quite diverse, encompassing trance‑like leads, dirtier, dubstep synth wubbs and even stuttering, glitchy riffs. This broad approach is also visible in the tempos of the eight kits, which range from a slow 95bpm to a reasonably speedy 145bpm. This wider selection of sounds works rather well but perhaps the 'electro-house' tag of the title may be a touch misleading to some.

The loops themselves (187 in total) range from two to four bars in length and are nicely put together. The beats are punchy, basses deep and there's a good range of synths on show, from analogue‑sounding plucks to warm strings and buzzy leads. Each sound is well chosen and programmed nicely with some solid dance riffs and arpeggios. I also liked the processing and effects used, which are tasteful and not overpowering. The actual amount and type of loop each kit contains varies: for example, some of the kits contain a handy mixed loop of the drums, as well as all of the individual loops, 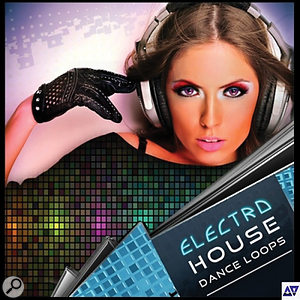 whilst others do not. That being said, the kits are full and detailed with a good selection of loops (from 16 to 32) for each one.

Ignoring the sounds for a moment, the labelling of the samples could be clearer. It's nice to have the tempo and key info (all except for one kit that puzzlingly has no tempo info), but some of the actual loop names are quite cryptic. More annoying is the lack of a fully mixed example loop which could quickly and conveniently show what kind of stuff each kit contains. Hardly a deal breaker, but it would have made auditioning a mix of each kit's loops a lot easier.

In addition to the kits there is a folder of 147 drum hits in WAV format. These hits cover all the essentials — kicks, snares, hats, et cetera — and are a bit of a mixed bag. There are some nice weighty drum sounds to be found, but also hits that are less useful and seem to be sliced randomly from the kit's drum loops at a very low volume. Add this to the fact that the majority of the hits are not named by their type or sound and this folder feels like a game of drum-hit lucky dip and too much of an afterthought.

In spite of a wider array of styles than its title suggests and a slightly lax eye for detail (confusing labelling, scattershot drum hits and the presence of some undeleted backup files) Electro House Dance Loops has a lot going for it as a low-cost, solid collection of very usable modern dance loops. Oli Bell

Top 10 Boring Things That Are Really Important In The Studio
6 days 23 hours ago.