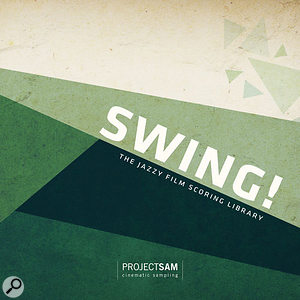 The library is subdivided into seven instrument folders: Lead instruments, Big Band Ensemble, Sax Section, Brass Section, Rhythm Section, Slide Guitars and Tempo Sync Grooves. A selection of ready-made Multis additionally showcases some useful instrument combinations. The GUI layout of each instrument varies according to their features, but in all cases they are clear, simple and functional. The principal performance controls are just velocity and mod wheel; in many cases velocity is used to select articulations, whilst modulation controls dynamics — although in some presets this arrangement is reversed. Most presets have controls for attack and release times, reverb, velocity curve (where appropriate) and limiter. In many cases, phrase-based articulations include a control to adjust their speed (by time stretching). All instruments offer at least two mixable mic perspectives.

Swing specialises in brass, and there’s a lot to like here. Standouts include unison legatos (very Glenn Miller), tutti, octaves, Harmon cup mutes including a lovely legato with chromatic glissandi and solo trombones. The Rhythm category includes nylon guitar, Manouche guitar and ukulele, all presented as playable instruments, plus tempo-sync’ed grooves and pre-recorded strummed chords. Double bass and Fender bass take care of the low end, whilst a selection of tempo-sync’ed drum grooves provide the backdrop over which a playable jazz kit is available to add your own spontaneous hits, fills and rhythmic variety. In the ‘unusual’ department, we find instruments one might not necessarily associate with Big Band swing: Accordions, Harmonica, Toy Piano, Slide (lap steel) Guitar and a Whistling Ensemble — it’s these that contribute much to Swing’s endearingly quirky nature. Particularly enjoyable is the Slide Guitar; notoriously difficult to emulate convincingly on a keyboard, this is simply and elegantly implemented, offering short, marcato, long, gliss up and gliss down articulations, tempo-sync’ed, pre-recorded phrases and chords — some of the latter having internal movement. The harmonica is also well conceived: chromatically playable, with authentic swell and vibrato articulations, staccatos, chords and an accompanying set of very useful bends, licks and phrases.

Quite apart from its film and TV scoring potential, this library should prove invaluable for fans of Electro Swing — if you’re thinking Caro Emerald, Parov Stelar or the Swing Ninjas, you’d be in the right ballpark. Don the brogues, Oxford bags and tank top (the Marcel Wave is optional) and get ready to Charleston. As for that cheeky chappie Whistling Ensemble, I just dare you to pair that with the ukulele. You know you want to. Maybe it’s just me, but I detect humour and irony in this Kontakt library — in a good way. Whether or not that’s intentional, Swing simply makes me feel happy.