While there are a few great House sample libraries, there are also numerous collections with fewer infectious grooves than a copy of Wisden. It was, therefore, with mixed feelings that I opened up this library from new developers Sample Magic. My misgivings were soon crushed under some enormously chunky drum grooves, which surged forward with a predatory determination I've seldom heard elsewhere. The all-important kick drums are fine specimens, ranging from rich and resonant to taut and funky, and they meld with the other percussive loop elements to give the sound that usually elusive 'smack'. 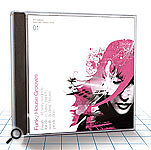 The drum loops are in three tempo groups (125bpm, 127bpm and 130bpm), and are accompanied by various folders of upper percussion layers, some of which are performances by individual instruments, such as congas, maracas and tambourine. Most have nice, expressive performance touches. However, the mixed-percussion 'tops' tracks are even better — nothing too busy, but with great momentum and a fullness that really shines when you drop the main beat into your arrangement.

Bass tones are a strong point. A good selection of frisky-thumbed bass-guitar workouts is balanced with a handful of restrained but gargantuan synth loops. Some of the sounds have obviously been designed to stay out of the way of the more subby kick drums, but there is plenty here that could single-handedly tear your subwoofer cone from its surround! Just as importantly, the developers have included enough well-focused mid-frequency content, so even the porkiest of these offerings will punch through on your iPod headphones.

The most inspirational material, though, resides elsewhere: the beautifully programmed Music Loops folder shows an undeniable flair for creative effects processing, while Rhodes and Wurlitzer folders schmooze you with rounded, often pleasantly grainy, timbres, and a folder of lyric-less vocoded loops swish and sparkle magnificently.

To turn to brass, there are too few of the perky section riffs, the trombone recordings mostly lack presence, and the trumpet often comes over as unpalatably piercing, though the sax is nice and punchy. The guitar loops can fill out the texture of a track in a workmanlike fashion, but I wouldn't really look to them for inspiration. The usual token section of orgasmic spoken/sung female vocal snippets is more comic than anything else.

No library is perfect, but the good bits of Funky House Grooves are so good you'll want to charge straight into the studio with them and get working!  Mike Senior

A rather impressive sounding strap-line claims that Ambience Impacts Rhythms (AIR) is an 'All-in-one composer's toolkit'. I'd prefer to have a few more tools than this in my arsenal, but I'd happily include AIR as one of them, because it does what it aims to do with aplomb. AIR is aimed primarily at media composers (film, TV, computer games, web sites, and so on). and it offers them a good combination of contemporary sounds (think of the dark swirling ambiences, tension-building rhythms and deep metallic clangs of CSI New York, or of the granular synth madness of Native Instruments' Absynth).

The front end is the familiar Native Instruments' Kontakt Player, though you can also load instruments into the full version of Kontakt, to manipulate things with its much deeper functionality. The sounds themselves are divided into three main categories which, not surprisingly, are the Ambiences, Impacts, and Rhythms from which AIR gets its name. Within each category is a series of sub-folders, each containing well-named patches. Given that these sounds are not designed to emulate any recognisable acoustic instrument, this categorisation shows good sense and makes locating your sounds intuitive. In fact, most of the time I was able to select a sound that was somewhere near suitable for my test composition without difficulty.

The samples have been mapped to take advantage of the Kontakt engine's tempo-matching functionality. This allows instant gratification, as you can pick any two or three sounds and they will gel seamlessly to the tempo of your host sequencer (or, in stand-alone mode, the master tempo of Kontakt Player). This means that it is possible to conjure up an atmosphere track with only two or three sounds, and with only two or three keys pressed down on your keyboard. Even if this isn't your final composition it will certainly help you to keep the ideas flowing, or help narrow down the brief from your client, thus avoiding nasty surprises later on.

While it is aimed at composers, AIR will have broader appeal, particularly for electronica artists. As well as some powerful bass sounds and the generous array of infectious rhythms, you can find plenty of good modern and retro-trance sounds here to tingle your tastebuds — think Orbital, Underworld and the like (a good thing, in my book!).

Of course, similar sounds are achievable if you have time, patience and a suitable selection of synths. Arguably, some of the joy of the creative process is bypassed by having ready-made sounds so easily available. However, this library is about the speed and ease with which you can knock together a useable tune, without sacrificing on quality of results: for me, it achieves on all these fronts and I don't know of another library that does this in quite the same intuitive way.  Matt Houghton

VSL's monumental Symphonic Cube is completed by the two Percussion and Harps Vienna Instruments. The 84GB Percussion comprises all the percussion from VSL's First and Pro Editions. While some new instruments are included, the rare and wonderful musical artifacts on VSL's Horizon title Glass & Stones are not.

Load all 13 of Percussion's new concert toms and your programmed tom fills will go on for an impressive amount of time! Played with sticks and sampled at eight dynamic levels, these super-clean samples offer left and right hand straight hits, alternating-repetition samples, flams, upbeats and rolls, but no soft-mallet tom hits. The new rototoms sound pure, ringing and melodious, though the clanking bark of the rim shot is, sadly, absent. Rock and pop producers may feel these drum samples lack aggression, but heavily processed rock drums would sound out of place in this context. 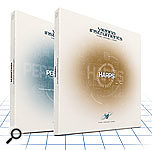 Judging by their sound, Percussion 's Japanese taiko drums vary considerably in size, from a thick, booming low-pitched tone, to a high, bongo-like sound. Thanks to the wonders of sampling, you can use the entire set (including some nice, knocky shell hits) without worrying about whether they will fit in the car. I don't know exactly what a 'stir xylophone' is, but there are three here, with vigorous, rattling glissandi loops that would wake the dead. Their rather oddly tuned, brittle-toned multisamples are strangely attractive.

Several of VSL's stock orchestral percussion instruments have new versions, the most significant being the comprehensive set of timpani samples, played with 'standard mallets' which give a good, unmuffled attack. Harder mallet performances also give the orchestral bass drum, xylophone and glockenspiels extra clout and penetration. A selection of processed percussion hits feature built-in reverb created by VSL's forthcoming MIR convolution engine, which sounds exquisite on the cymbals, xylophone and celeste and adds some welcome space and size to the timpani.

The 21.3GB Harps contains two high-class instruments. Harp 1's existing content is lifted from the Pro Edition; the same samples also appear in the VSL Horizon title Vienna Harps, from which Harp 2's entire content is taken with no additions. Although the harps sound broadly similar, a close listen reveals that number two has a slightly more defined attack. Both sound gorgeous, and VSL's super-clean Silent Stage recording environment brings out the detail of their sumptuous, intimate tone. There are soothing bisbigliando tremolo effects from both harpists; Harp 1's new performances comprise 'whole tone' glissandi and an extremely versatile set of three and four-note major, minor, diminished and augmented arpeggios and straight chords in all keys. A superb collection.  Dave Stewart

By inserting nuts, bolts, erasers and sheets of paper between the strings of the piano, American avant-gardener John Cage created a new industrial sound world. 'Prepared piano' is still spoken of in reverent whispers in classical circles, and several companies have released libraries based on Cage's carefully documented procedures. Soundlabel take the idea much further in Piano Attack, but there's nothing reverent about their approach!

Despite the brutal imagery and violent (though clearly tongue-in-cheek) language that accompanies the library, it contains some fabulous other-worldly sounds and textures. Some are so heavily processed as to be unrecognisable, but that's no bad thing. The processing is skilful and creative, and gives the library a contemporary edge you can't get from a collection of purely acoustic piano noises. The 1.2 GB of samples were made by playing, brushing, bashing and scraping the piano strings and soundboard with fingers, plectra, percussion mallets, household implements and tools (including vicious-looking pliers and saws), thus bypassing the keys completely.

The 'Atmospheres' section has plenty to offer film composers: 'Frictionscape 3' and 'Ghost Wind Ambience' are spooky, evolving soundscapes, and the scary 'Haunted Piano' sounds like Norman Bates rummaging around the piano's bass strings. Based on a tranquil, sustained major 6/9 chord, the delightful ' Morphazzo ' reminded me of the new-world atmospheres on BT's Twisted Textures.

Some multisampled patches can be layered with other keyboard sounds to interesting effect: the beautiful 'Fade-In Piano Dream' uses Kontakt 2 's MIDI scripting facility to produce a series of rising octave intervals, and sounds astonishing when combined with strings. But Piano Attack tends to avoid conventional pitched samples, concentrating on atmospheric noises and effects: for example '8 String Resonatorz 2', a collection of eight evolving, drone-like samples, rumbles and jangles as if in some huge underground cavern, and the sounds are given extra resonance by Kontakt 2 's convolution effect.

As the name suggests, this library contains many unsettling impact noises, including a large, random array of percussive knocks and bangs. Coupled with fast string sweeps, these short, staccato hits have great potential for creating unusual rhythm patterns. To prove the point, there's also a collection of pre-programmed rhythm loops. Arranged in 16 graded-tempi programs with half and double-speed variations, the loops play bang in time and though many of them sound bonkers in isolation, the right combination of two or three can produce a terrific groove. Enormous fun, and an unexpected bonus from this unpredictable, sacrilegious and wildly inventive library.  Dave Stewart