GarageBand may not be considered a serious piece of recording software by some, but in reality it does most of what the majority of us actually need from a sequencer, and Apple Loops, far from being gimmicks, have lots of applications in songwriting and even in the creation of original music. Building whole songs from 'cut and paste' elements may seem a bit of a cop-out, but many pieces of TV music are already made that way and, after hearing this library for myself, I can understand why this is possible — the quality is seriously impressive.

Once the installation has been carried out from the two DVDs, containing around 10GB of material, you'll find that you have over 2000 orchestral loop elements that can be used in GarageBand 2, Logic Pro 7, or Logic Express. There are also over 30 sample-based orchestral instruments, which Logic users can load into EXS24 or EXS24P (though some of the clever mod-wheel/pitch-bend tricks may not come over with the samples). The loops are mainly solo instrument phrases covering a number of classical and film styles, and all the ones I auditioned sounded smooth and lush, with exactly the right character and an appropriate amount of added ambience — I can envisage many of the parts sitting nicely in pop songs or soundtracks. In addition to the vast range of loops, there's also a great selection of sample-based orchestral instruments divided into strings, brass/woodwind, and keyboards/percussion, again with a suitable ambience added at source.

All the main orchestral instruments are represented, and the sounds have a mature, mellow quality which contrasts with some of the strident samples that I've heard from other libraries. The strings are particularly good, though it's hard to fault the wind samples either. There may not be a great depth of multi-velocity sampling going on (usually just two layers), but the sounds just seem to work together, which is really all that matters. Furthermore, the designers have made full use of the modulation and pitch-bend wheels to add expression to specific instruments — for example, the orchestral oboe changes timbre depending on the mod wheel position and eventually produces staccato notes at the extreme mod wheel position. The pitch-bend wheel sets the starting volume, so it can be used to dynamically control notes. I did manage to get some of the loops to click by wiggling the mod wheel excessively during playback, but reloading the instrument seemed to cure this problem.

The pianos and harps also sound the part, and while this pack may not give Vienna Symphonic Library a hard time, it's incredible value, both for its loops and its sample-based instruments. Only some audible sample looping (which would probably go unnoticed in a real composition) prevents me giving this the full five-star treatment. As it is, it's a worthy four. Paul White

This is a cost-effective Apple Loops product from Ultimate Soundbank which, rather than being too tightly themed, sets out to give the users a broad palette of styles, both in Apple-Loop form and as software instruments that can be used within Apple's GarageBand software. The Apple Loop section, which also works in Final Cut Pro, Logic Pro 7, Logic Express, and Soundtrack, comprises over 4000 loops, both instrumental and percussive, and these are augmented by in excess of 220 software instruments.

The collection comes on a single DVD and requires 4GB of hard drive space for installation. Included instrument genres encompass drums, percussion, basses, guitars, and a large number of synths, as well as some more traditional instruments. A lot of the rhythm loops are aimed at contemporary dance and hip-hop styles, but there's also some traditional pop/rock material as well as riffs and phrases played on guitar, bass, wind, strings, and synthesizer/keyboard. The blurb on the back of the box says that 'your composition will sound as good as a professional record in a couple of seconds'. Personally, I'd say this claim errs on the side of exaggeration, but I have to agree that the quality of the material provided here rivals that of far more costly sample CD libraries.

While many of the Apple Loops products I've looked at so far concentrate on a specific genre, Sonic Boom Box could be considered the Apple Loops equivalent of a workstation synth, albeit with a dance-music bias, and as such it's a good starting-point for your collection, especially if you work in diverse pop genres. The loop material is nicely produced, rarely needing additional processing to make it sound good, and while the included instruments are pretty simple, they still manage to sound strong and 'right for the job'. I particularly like the quality of the percussion and rhythm loops, though some are a bit too 'off the wall' for my taste — words like 'chemical' and 'acid' come unbidden to mind. In all, there's some great stuff in here and it's certainly easy to get the basis of a groove together to stimulate your creativity, which is where I think these packages score best. If you like variety and have a penchant for loops that are a bit 'out there', Sonic Boom Box is a bargain. Paul White

The Loopmasters Origin Series, of which this library forms a part, aims to offer 100-percent copyright-free loops, multisamples, and single sounds in a value-for-money format. All the CDs in the series include WAV loops, REX 2 files for all the loops, and some Propellerhead Reason instrument patches. As suggested by the title of this CD, the collection of samples here were all recorded at lower tempos (100bpm and slower), while the musical content is both dark and somewhat quirky — hence the 'leftfield' tag. The library totals some 700MB of data, with 275 REX 2 loops, 700 WAV files, and samples for 21 different drum kits included. 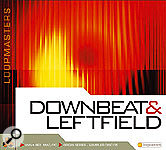 A good chunk of the collection is made up by a mixture of over 100 live and programmed drum loops recorded at 100bpm, 90bpm, and 80bpm. There is some good stuff amongst this lot that would suit anything from hip-hop through to chill-out. The sounds are nicely produced and not over-processed, with some of the percussive elements lending a darker feel to the grooves created. The tone is not lo-fi gritty, but it does conjure up a 'serious' hip-hop mood, so think Nelly or Snoop Dogg rather than Goldie Lookin Chain or The Beastie Boys — although you could get to the latter with suitable extra processing. A separate folder of percussion loops, drum fills, and other drum 'extras' is also included.

Aside from the drum loops, the rest of the collection provides a diverse set of instrument loops and sounds. These include a folder of bass loops (plus a small collection of Reason NNXT bass patches) whose moods match the drum loops very well, so there is plenty of scope for mixing and matching between these. A further folder of 'instrument' loops is subdivided into guitar, keyboard, pad/atmosphere, strings, vocoder, and woodwind (dominated by solo sax lines) groups. This is a pretty mixed bag. For example, the keyboard group includes a good number of chilled Rhodes loops while, in contrast, the pad/atmosphere set provides a mixture of both chill-out and much darker moods. Two further folders complete the collection. Firstly, a sound effects folder contains various bleeps, bloops and other noises — all very disturbing. Secondly, the Vibes & Atmos folder contains a mixture of bed-style pads and sound effects, plus a collection of turntable scratches.

In use, there is plenty to get your teeth into in this collection, and the loops from the various groups can easily be mixed together to produce a complete musical arrangement. The single hits, REX 2 loops, and instrument patches (for Reason users) add extra flexibility. For styles moving from Zero-7 chill-out through to darker hip-hop moods, Downbeat & Leftfield has plenty to offer. The only downside is that, while the material is all very useable from a musical perspective, I'm not sure there is anything radically new offered here. That said, the sample set is competitively priced and certainly does offer good value for money. John Walden

This title aimed squarely at fans of West-Coast hip-hop has been produced by Keith 'Clizark' Clark, a man who already has 10 million record sales to his name having worked with such names as Snoop Dogg and the Eastsidaz. The single split-format disc acts as both a normal audio CD and a WAV CD-ROM (all samples are duplicated in both formats), and the audio comprises 20 construction kits followed by a small group of additional synth samples. 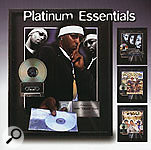 The construction kits cover tempos of 93-103bpm, and each track begins with a mixed track featuring MPC-style sampled drums, bass, synths, and some guitars — this lasts less than a minute. Most of these mixes exude an understated yet powerful menace which would be well complemented by the kind of smoothly murderous rapping that Snoop Dogg has nailed. The rhythm programming is beautifully done, creating that head-nodding momentum that so often seems to separate the hits from the 'B' sides — the fact that Clizark has made this difficult task sound so easy here should leave no-one in any doubt as to his production chops!

Although the style of all the tracks is quite sparse, this is definitely part of Clizark's trademark sound, and you'd have no trouble transforming any of these mixes into a finished production with just a bit of editing and the addition of some vocals. The solid basses doubtless account for some of this gravitas, especially as they have been shrewdly chosen to complement the kick drum in each case. However, it's the meaty drum sounds which really carry each track and which are the obvious highlight of Platinum Essentials to my ear: just the right amount of attack to sound punchy, just the right amount of mid-range and sustain to provide body, and just the right amount of low end to anchor everything firmly. You could spend a great deal of time trying to obtain drum sounds as good as on even one of these construction kits, and you get 20 different sets here. If they had Desert Island Discs with sample CDs, including this one would be a no-brainer as far as I'm concerned!

Clearly, then, I was delighted to find that all the drum loops and single hits from each full mix were included in each construction kit. However, I wasn't quite as delighted to find that this was pretty much all that was provided in the way of separate elements — none of the guitar licks, synth pads, and other pitched samples which had helped round out the mixed tracks so successfully. Anyone expecting a more traditional construction-kit format would justifiably feel a little cheated. The small selection of synth multisamples at the end of the CD help make up for this a bit by including ten rather nice sets of 'one note per octave' bass-synth samples, which are pretty much to the standard of the drum sounds. However, the other synth sounds are a wash-out, and don't sit well against the rest of the library content.

If it weren't for the bargain UK price, I'd be rather in two minds about giving Platinum Essentials as a whole our top star rating. On the one hand there are drum sounds here which would outshine many five-star releases; on the other, the incomplete track breakdowns, measly 32-minute running time, and wafer-thin documentation leave me with a sneaking feeling that someone's having a laugh! The bottom line for me, though, is that the drums and basses are worth the mockery, and at this price that's got to mean five stars. Mike Senior