The Sounds Of Star Wars 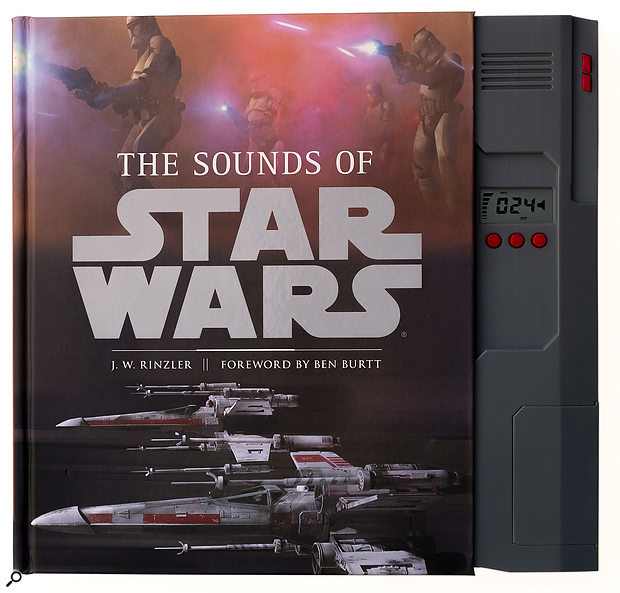 Along with classic sci-fi films like War Of The Worlds (1953) and Forbidden Planet (1956), the Star Wars film franchise (1977 onwards) has always stood out for me because of its superb use of genuinely bespoke and innovative sound effects, most of which came from the incredible imagination and talent of a young sound designer at the start of his epic career called Ben Burtt. I’ve spent years trying to work out how some of those sound effects were achieved, so I was delighted when recently I was given a (second-hand) copy of JW Rinzler’s The Sounds Of Star Wars (Chronicle Books, 2010; ISBN 978-0811875462).

This substantial 300-page large-format hard-back book, complete with an attached audio player module loaded with 256 sound effects, might look like a child’s book but, trust me, it is designed to appeal to and appease the inner-child of sound enthusiasts and professionals! 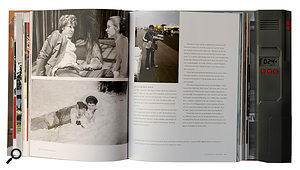 The book is illustrated with plenty of stills from the Star Wars movies, but also features audio clips.This very readable tome discusses the background to and creation of countless individual sound effects (and speech processing techniques) developed for the first six feature films (Star Wars, The Empire Strikes Back, Return Of The Jedi, The Phantom Menace, Attack of the Clones, and Revenge Of The Sith), plus the animated TV series The Clone Wars. Each of the eight chapters is lavishly illustrated with stills from the films as well as many behind-the-scenes images, with enthralling details. Usefully, individually numbered audio clips of all the sound effects being discussed in the text can be auditioned directly from the onboard sound module (powered by easily replaceable batteries) which has a built-in speaker as well as a 3.5mm headphone socket.

Some of the audio clips appear to have been lifted from the film soundtracks, although many come from the original effects archives. Sadly, there are no detailed ‘before and after’ examples to show, step-by-step, how the original ‘found sounds’ were converted into the final sound effects tracks. However, the inclusion of the sound module is enormously helpful in making it easy to audition the effects being discussed as you read about them, and the quality is good enough (even through the built-in speaker) to get a very good idea of the processes involved.

The hard-core technical content is patchy, and it is clear that the author doesn’t always understand or appreciate the information Burtt was sharing with him, but there is enough evidence of much of the equipment Burtt used and his techniques to form a good impression of what was done and how most of the sound effects were achieved — and perhaps Burtt didn’t want to give away all his clever secrets anyway! Nevertheless, one of my favourite discoveries from this delightful book is the description of how the room-shaking roar of Jabba the Hut’s pet Rancor beast (in Return Of The Jedi) came from “an insanely aggressive dachshund” owned by one of Burtt’s neighbours! And the description of all the different elements involved in the light-sabre sound effects is quite astonishing.

I’ve enjoyed reading this book enormously and found it inspiring, informative and entertaining in equal measure. If you’re being pestered for ideas for Christmas or birthday presents, and you’re a fan of the Star Wars films, this could well fit the bill. Although currently out of print, new editions do crop up from time to time and pristine second-hand copies like mine are readily available from the usual online retailers.