Q. Can I use three different soundcards at the same time? Skip to main content

Q. Can I use three different soundcards at the same time? 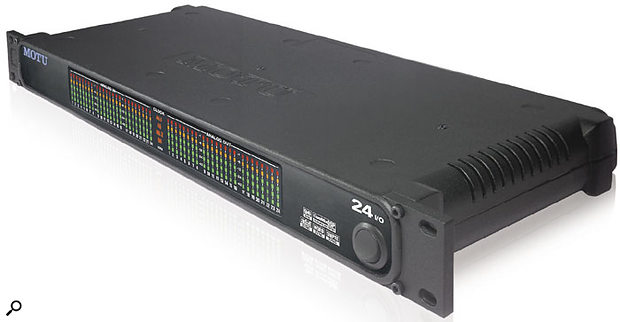 I use a large analogue Soundtracs desk with wonderful EQ, coupled to various bits of outboard gear. I want to output my audio from my PC into the desk for processing. Using all three of my soundcards simultaneously will give me 24 balanced outs. However, these soundcards are different models from different manufacturers. Is there a workaround or do I need three identical cards?

PC music specialist Martin Walker replies: The answer all depends on which MIDI + Audio application you want to run, and which type of soundcard drivers it uses. Although Steinberg's Cubase can run with multiple soundcards from different manufacturers, it can only do so on the PC when running its ASIO Multimedia or ASIO DirectX drivers, neither of which provide low latency. Only true ASIO drivers on either Mac or PC will give you the responsiveness of latencies lower than about 20ms, but unfortunately you can only choose a single ASIO driver from within Cubase, so you could only use one of the three cards at a time.

If, on the other hand, you're using Cakewalk Sonar on the PC, you'll probably be taking advantage of its support for WDM drivers, which can be run in tandem across multiple soundcards of differing makes and models, as well as providing fairly low latency. In most cases you'll be able to run several different soundcards side by side without problems, although there are no guarantees, and some rare combinations may suffer from audio clicks and pops, or cause your computer to crash occasionally or even refuse to boot up at all.

However, if your cards are different, and even if you do manage to run them all simultaneously from a suitable application, you will have to lock their timing together externally. Most 8-in/8-out cards offer S/PDIF I/O, and sometimes word clock, and either of these can be used for sync. Designate one card as Master (therefore running from its Internal clock signal), wire its S/PDIF or word clock output to the S/PDIF or Word clock input of the second card and set the second to expect an external clock. Make the same connection between the second and third cards, with the third also relying on external sync.

If you don't do this, the three cards will 'freewheel', and while they may start in perfect sync they will gradually drift apart during the course of a song, giving rise to possible flanging between tracks running on the different cards, and eventually (on long songs) more obvious inter-track timing problems.

Some manufacturers write soundcard drivers that support multiple cards of the same family, and which can also be internally synchronised to sample accuracy using proprietary sync cables. This is by far the easiest way to approach your problem, since with three identical soundcards of this type you simply end up with an assembly that acts as one huge soundcard with 24 ins and outs, but which appears to ASIO audio applications as one device that can therefore be used with Cubase.

Personally, if I owned a large Soundtracs mixing desk I'd find out which of the three existing cards has drivers that support expansion, and then buy two more cards of the same type — this is the only real way to get professional results when transferring 24 simultaneous tracks from a computer. Alternatively, MOTU's 24I/O interface provides 24 ins and outs from a single PCI card. You could also combine a 24-channel digital audio card with external D-A converters.