Q. Why do my recordings sound harsh now that I've switched to digital? 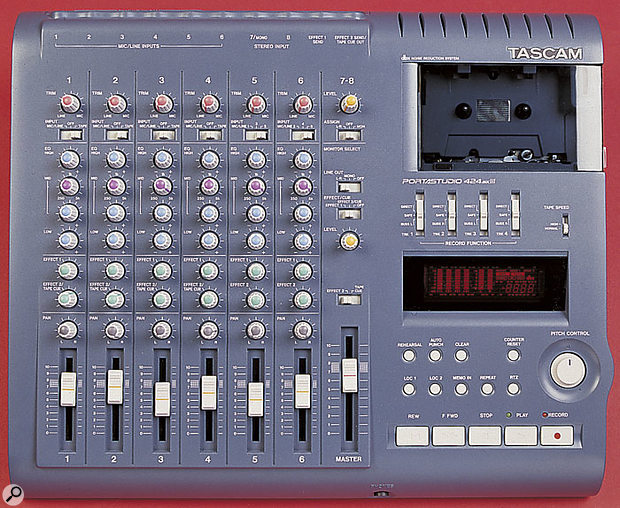 I've been recording my own compositions for many years now, and over that time I've successfully used a variety of analogue tape machines, both reel-to-reel and cassette. Recently, I decided to take the plunge and buy a digital recorder. I've been re-recording some of my old compositions from scratch in digital but, to my great disappointment, I am finding that my mixes are sounding harsh and cluttered, and I am having difficulty getting everything sitting together in the mix. A typical track will include drums, bass, keyboards, electric and acoustic guitars, plus lead and backing vocals. I thought that digital recording would give me more clarity in the mix because of its higher fidelity. Can you tell me where I am going wrong and what I can do about it?

SOS contributor Tom Flint replies: Despite its many plus points, there are various reasons why digital recording is not always as 'forgiving' as analogue tape. For a start, there is usually more inherent noise in analogue recordings, which can often mask any number of mixing sins in a rather flattering way. To curb excessively noisy tape hiss, most recorders offer built-in noise-reduction systems from companies like Dbx and Dolby, which can also have the side-effect of calming high frequencies. 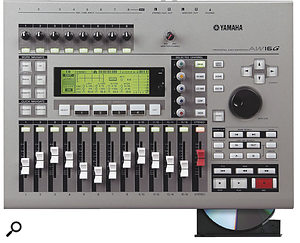 If you're used to recording on an analogue multitracker like the Tascam 424 MkIII, upgrading to a digital recorder, like Yamaha's AW16G, will entail a change in working method. Provided you're not using Dbx noise reduction, however, analogue tape also responds quite well to overloading, allowing engineers to record into the red without experiencing nasty clipping effects. The resulting tape saturation provides a kind of compression, which down-plays the abrasiveness of certain drum, guitar and keyboard sounds, and allows them to be placed fairly high in a mix without sounding harsh. The digital domain, on the other hand, won't offer you any kind of helpful compression effect, and if you try to run your signals into the red you will experience very unmusical digital clipping.

The clinical characteristics of the digital medium allow you to 'get away with' far less, so in order to get a satisfactory mix, more work is usually required to ensure each audio element has the right character. Having gone from using an analogue system to a digital one myself, I have noticed some curious differences in the way the elements of a mix behave when balanced with one another. For example, if you wish to make a guitar track stand out from other tracks in the mix, on an analogue recording it's often only necessary to raise the appropriate fader a few decibels to get the desired result, whereas the equivalent fader raise on a digital system seems to have less of an effect. Consequently, you can find yourself pushing faders up by an unhealthy amount to get the desired clarity.

The solution to the problem is to find ways to emulate the beneficial sonic effects of analogue tape — hopefully, without the harmful ones! The difficult bit is deciding where and how to do this, and only you will be able to decide how this should be done in relation to your work. Personally, I like to get sounds right at source, if I can, using a combination of mic choice and placement, and guitar and amp tonal adjustment to get things right. However, many engineers favour the approach of recording a more neutral signal, leaving more options open to adjust the sound at the mixing stage. If you prefer this approach, you will need to ensure you have some good EQ and compression tools at your disposal when mixing.

Let's start by thinking about electric guitars, which are often a problem. If you are using a highly specified mic with a very flat frequency response for your guitar recording, you may find that guitars and amps can sound very bright on digital systems, especially if you've just fitted some new strings for the benefit of your recording. This can sound great in isolation, but often makes the guitar very difficult to sit in a mix, and a cheaper mic with a less 'perfect' frequency response may produce more usable recorded guitar sounds. Alternatively, you could limit the bandwidth of the recorded guitar sound at the mixing stage, using shelving EQ filters at each end of its range. I'm also in the habit of running my mics through a valve voice channel with the EQ and compressor sections switched out of circuit, to take advantage of its pleasing gain stage.

Keyboard lead sounds can also become problematic where digital recording is concerned, because they are often quite harsh and energetic in the mid-range. This means that they can easily end up fighting with guitars and vocals in a more aggressive way than they did on an analogue system. Again, a bit of carefully applied EQ can help separate them from other instruments, and allow them to be played at a decent, audible level without conflict. As for bass, you may find that rolling off high frequencies leaves more room in the mix for other elements in this area.

You may also find that now you've switched to a digital recorder, you need to change the effects settings which you were used to using when recording on tape. Your reverb may now sound too bright, for example, and may require high-frequency damping. You might also find that you can reduce the amount of reverb and still achieve the same results as before. A good test for your mix is to make sure the things you want to be audible are exactly that when everything is panned centrally and without effects. Once you have the mix working the way you want it, then the subtle use of effects and panning will enhance your mix further.