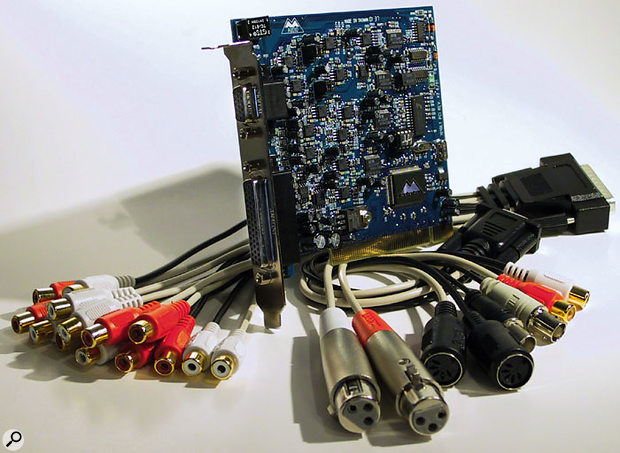 The Delta 1010LT features 10 inputs and outputs at a reasonable price.

I need a new soundcard, as I'm upgrading to a 64-bit system, and I've been looking at M-Audio's Delta 1010 and Delta 1010LT. What's the difference between them and will they work with my new machine?

PC Music Specialist Martin Walker replies: Well, both are good products, but although they provide a similar number of inputs and outputs, they are very different beasts in reality, and you can't expect quite the same audio quality from the budget LT version as from the original rackmount model. This is evident when comparing M-Audio's published specifications. The dynamic range of the standard Delta 1010's D-A converter is 117dBA, while the Delta 1010LT only manages 101.5dBA; the standard 1010 features balanced inputs and outputs, whereas the 1010LT doesn't; and the rackmount version allows 24-bit/96kHz full-duplex playback and recording.

However, the 1010LT is great value considering its range of inputs and outputs, especially as it has two mic preamps that the standard 1010 lacks. It costs a mere £199, compared to the Delta 1010's list price of £399, but both products offer fantastic value for money. Remember that if you go for the LT you have to contend with the many cables that ooze from the back of the PCI card. Unless you have a patchbay, or are going to leave all connections in situ, re-plugging your soundcard will involve fumbling around behind your PC's tower. The standard 1010 has a rather more convenient breakout box. 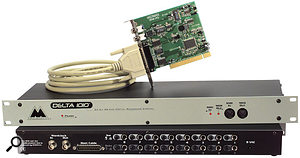 For more information on the Delta 1010, check out my review in SOS January 2000 (www.soundonsound.com/sos/jan00/articles/midiman1010.htm).

As for the 64-bit compatibility issues, you're in luck: M-Audio were the first manufacturer to announce 64-bit drivers for their Delta and Firewire interface series. However, it might be worth considering products from other manufacturers, including Edirol, who also stepped in fairly quickly with a raft of drivers for lots of their UA, UM, and PCR products.

Others offering 64-bit support include Emu, for their DAS (Digital Audio System) interfaces and their XBoard USB/MIDI controller keyboard; Lynx, for their Lynx Two/L22/AES16 range; RME (only their Fireface 800 at present); and Terratec, for most of their EWS, EWX, DMX and Phase products. I'm sure there are others on the market with 64-bit compatibility, but you can keep an eye on manufacturers' web sites for details of new updates.