Q. Do I need to register with royalty collection agencies abroad as well as in the UK?

Is the German GEMA essentially the same as the MCPS? Does a band putting out its own CDs need to register with different people in different countries, or do these organisations cover all situations?

SOS contributor Tom Flint replies: GEMA performs pretty much the same function in Germany as the MCPS (Mechanical Copyright Protection Society) does in the UK. GEMA's full name (Gesellschaft für musikalische Aufführungs- und mechanische Vervielfältigungsrechte) translates as the Society for Musical Performing and Mechanical Reproduction rights. In other words, GEMA help songwriters, lyricists and music publishers obtain their royalties and, just like the MCPS, GEMA acquires these funds by taking a cut of record sales revenue in exchange for granting manufacturing licences to record labels. 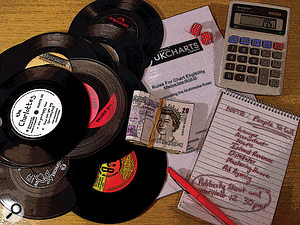 Releasing a record commercially requires a fair amount of paperwork.

In the UK, the MCPS licences usually have to be paid by the record label up front and are set at 8.5 percent of the price the label charges the distributor for each record (known as the PPD or Published Price to Dealer). The 8.5 percent is the writer's cut of the record's sale price, although writers who are signed to a publisher have to split their fee according to their publishing deal. If no dealer or distributor is involved, the figure paid by the record label is rated at 6.5 percent of the retail price, excluding VAT. GEMA operate in a similar way, although they take just over 9 percent of the PPD.

Other countries besides Germany also have their own versions of GEMA. In France, for example, there is SACEM, in Japan JASRAC, and in the US they have the Harry Fox Agency.

Quite whether you will actually need to deal with GEMA, or any other foreign agency depends on your location. According to the MCPS, licensing is not determined by the country of manufacture, but by the country in which the label is based. This means that if you are a UK-registered company it won't be necessary for you to get a licence from GEMA, even if you are using a German manufacturing company to make your CDs. The same is true if you are manufacturing CDs in the UK and exporting them to Germany. Obviously you could strike some sort of deal with a German label and have them release the record on your behalf, but it would then be up to them to obtain the relevant licence from GEMA.

It's worth noting that the MCPS are not the only collection society you need to consider contacting when releasing a record. There is also Phonographic Performance Limited (PPL), which collects licence fees for records played on the radio and TV and in pubs, clubs and other public places, and the Performing Right Society (PRS), which collects royalties from the public performance and broadcast of musical works (both recordings and live performances). Fortunately, both the PPL and PRS gather musical performance royalties from foreign countries on your behalf, so you don't necessarily have to sign up to the equivalent organisation in each and every country.