Q. How can I bypass an External FX plug-in in Cubase? 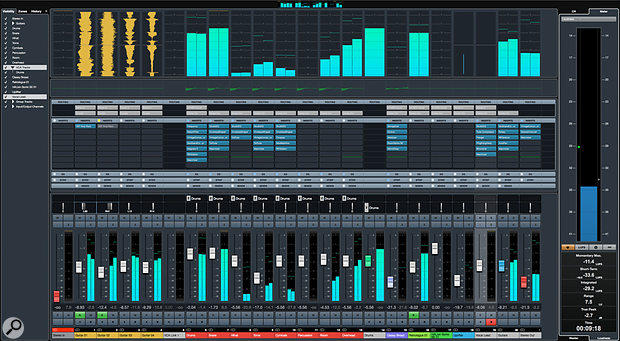 I’ve not found a way of bypassing an external effect (Boss DD-500) by using automation in Cubase 8.5 Pro. I didn’t want the effect on a particular part of the track and thought that enabling Read/Write and clicking bypass at the right point would do it. I was using the effect as an insert, and did think the easy option would have been a dedicated effects send. But I wanted the whole signal running through the Boss as, rightly or wrongly, I think there is a difference in the result. In the end, I gave up and created another track with the part and without the effect. Can Cubase’s external effects be controlled in this way or have I missed something?

SOS Reviews Editor Matt Houghton replies: For some reason, Steinberg have not given us the ability to automate bypassing of their External FX plug-ins even though it can be done manually — I tested it in both Cubase 8.5 and the latest version, Cubase 9.5 — so don’t worry, you’re not going mad!

As I understand it, you want the whole signal to flow through the Boss unit when the effect is on — which is why you’ve configured it as an insert effect — and all of the signal to flow ‘around’ it to whatever’s in the next insert slot when you’re bypassing the effect. I can think of a few of ways of achieving this.

The first is to disable the effect on the Boss device itself. The signal will always flow through the Boss unit, but you use MIDI to automate the bypassing of the effect. To do that you’ll need to consult the Boss manual, which is free to download from the manufacturer’s web site. (I checked; there does appear to be a way to bypass the effects via MIDI).

Arguably a better approach is to use conventional editing: duplicate the untreated track, and render the Boss processing on the duplicate. Then edit the two parts to give you broadly the sections you want of each. Then edit away — you might want the end of the processed clips to overlap the start of the dry ones to give you an effect tail that decays naturally; pay close attention to the length and shape. The downside of this approach is that you need to commit to any other processing you’ve used up to that point.

You can achieve a similar thing using send effects. Insert your External FX plug-in on an FX Channel, and from the source channel route a pre-fade send to the effect. Automate your send level to set the effect level, and use the source channel’s fader to control the level of the dry sound. If you want one fader to control both parts, route both tracks to a Cubase Group Track (or assign them to a VCA Fader).