Q. How can I learn to finish my projects? Skip to main content

Q. How can I learn to finish my projects? 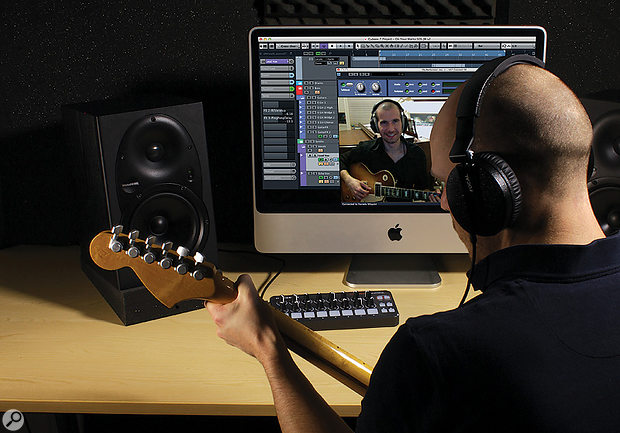 Collaborating with a fellow musician, either in-person or remotely over the net, can help focus you on finishing tracks.

A few years ago I decided to concentrate on producing my own music. I’ve since spent thousands of hours going through Logic Pro tutorials and gleaning knowledge from the Internet, and am keen to progress. The problem is that I never ever seem to be able to push a project across the finish line. It seems like I’ve erased and restarted hundreds of projects now, and I’m getting tired of it! I have a Nexus II, 200GB of samples, templates, MIDI files, and I’ve learned how to side-chain and basics like that, but I’m still having trouble. Would studying one of the big books on mixing help me to progress beyond this point? Or taking one of those Internet courses?

SOS Contributor Mike Senior replies: Although books and courses can help in a technical sense, and may help make the mixing process more logical and manageable, the bottom line is that there’s no book or course on Earth that can finish your music for you, because you’re the one who needs to decide when something is done. Finishing a project is more a state of mind than some kind of absolute quality benchmark, and the reality for most working engineers/producers (me included) is that it involves making a decision to quit while you’re still on the right side of the law of diminishing returns. If you wait for everything in a project to be perfect, you’ll never finish anything, which means you’ll miss out on arguably the most important tool for improvement there is: feedback from other musicians and engineers, industry insiders, and indeed the public at large.

That said, I reckon you’re probably giving up too early if you’ve already abandoned hundreds of projects. I’ve always found that it’s the process of really fighting to bring an idea to fruition that has most improved my own production chops, and taught me what was possible — and, just as importantly, what was impossible! What turns an incomplete track into a finished track most reliably is the process of analysing its shortcomings and learning how to remedy them. The more practice you get at doing that, the better.

I’d also suggest a couple of other practical tactics. The first is to try dissecting a couple of your favourite productions, and then use them quite rigidly as models for creating new tracks — mimicking the lengths of the sections and the function of all the musical parts as closely as you can, but without directly copying the melodies or lyrics. Although this will inevitably lead to rather derivative results in the first instance, it’ll give you a much better idea of the demands of the styles you’re working in, as well as a clear benchmark for the sonics.

And my second suggestion would be to try collaborating with someone, because that can provide a valuable extra source of motivation to get things done — as well as a wider pool of inspiration and technical ability to draw upon.