Q. How do I make a viola sound like a full string section? Skip to main content

Q. How do I make a viola sound like a full string section? 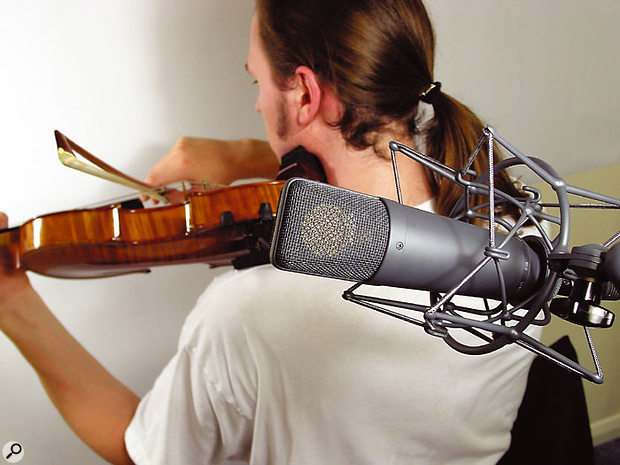 I'll be recording a viola player to provide the string section for a track I'm working on. The parts are all scored out and are idiomatic to the viola (within its range, correctly bowed and so on). The plan is to track each part multiple times and thus create a string ensemble. This is my first time recording strings in this way and I'd be grateful if you could pass on any hints and tips. I want to create a rich layered string sound but I'm worried that as it's the same viola, tracked 13 times or so, it'll sound thin and phasey, similar to ADT.

Reviews Editor Mike Senior replies: There is a danger of this, if you're not careful. However, I've seen a variety of different approaches that people have taken to this technique, so here are some tips. 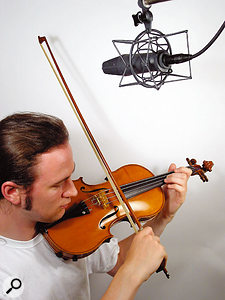 When multitracking a single violin or viola to sound like a full section, using different miking positions for the various parts and takes will add some tonal variation. Placing the mic at least 12 inches away will ensure that you pick up plenty of room sound, adding further variety.The main trick is to get the violist sounding a little different for each take, to help create the illusion that there are many different players being recorded. Here are some ways you can do this.

Firstly, if you can, ask the player to bring a few different violas (you'd be surprised how often string players have more than one instrument) and maybe a violin as well. If the player does bring a violin, then make sure that they favour higher positions on the lower strings so as to stay more within the realms of the viola sound. Even using different bows might be enough to add some variation to the different takes.

You can also suggest that the player tries a few passes with the mute on. In fact, there are different types of mute (including practice mutes), and each one has a slightly different sound, so this increases your options. If your violist has brought a violin along, then muting the violin will bring it closer to the viola sound.

Next, suggest to the viola player that you do a few passes where he or she moves up the fingerboard by five positions, thereby playing the same notes one string lower, if that's possible given the part. If your violist can really play, then try getting them to shift up 10 positions!

Finally, use different mics and some different mic positions for the various takes. I'm not sure you really have to worry about 'realism' here if you're just after a rich sound. Each mic and miking position in the room will give a different tonal balance and room sound, even in a comparatively dry studio. Don't just try to make the tracks sound different by EQ'ing them differently — it won't really create the effect you're after here.

Another thing to consider is the old TV ad composer's trick for getting quick, realistic string sounds: layer a string synth patch alongside the recorded parts. In fact, this technique also works the other way round, in that you add a few recorded passes of a real violinist to a sequenced string section! The synth part adds consistency and body to the sound — the richness — and the real parts add, well, the realism. Again, you might find you get a better overall string-ensemble sound by layering several different synth sounds. Once you're at the mixing stage, then judicious panning and a generous dose of reverb should probably round things out nicely.