Q. How should I set up stereo-widening delay effects? 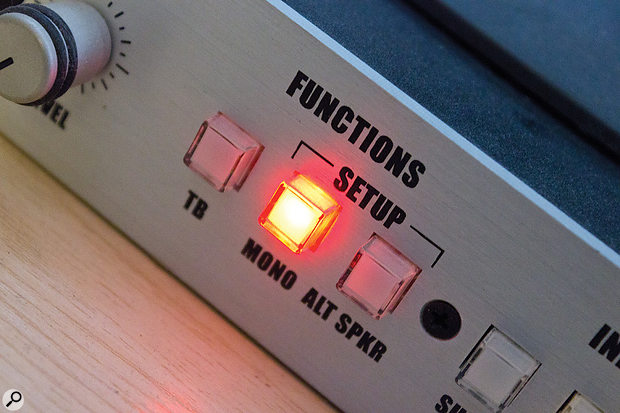 It might seem counterintuitive, but stereo widening techniques can help make your vocal level more consistent when switching between mono and stereo playback.

I’ve read about a classic stereo-widening effects patch, comprising two short delays (say 11 and 13 ms) hard-panned to opposite extremes, with the shorter one pitch-shifted slightly down (say 5-10 cents) and the longer one the same distance up. Why does it matter which delay is pitch-shifted in which direction? Also, I’ve read that this scheme can make the vocal level appear more consistent when switching between stereo and mono playback. Why should that be?

SOS columnist Mike Senior replies: The stereo-widening effect you mention is one I use on most mixes. I prefer to shift the shorter delay downwards because I feel it creates a more balanced widening effect — one that doesn’t lean more to one side. Let me explain my reasoning...

First, consider a situation where I omit the pitch-shifting from the scheme, and just use hard-panned delays. The earlier of the two delay taps causes the combined stereo image of the effect to feel like it’s leaning to the side of the shorter delay, on account of a psychoacoustic phenomenon called the Precedence Effect, whereby we humans tend to detect the position of a sound source in reflective environments from the direction of the first wavefront that reaches us. And now let’s consider the pitch-shifting on its own, without the staggered delay times. Here there’s no specific documented psychoacoustic effect at work, but I’ve nonetheless always felt that the upwards-shifted side seems to dominate perceptually over the downward-shifted side somewhat, such than the combined stereo image of the effect appears to lean slightly to the upward-shifted side. On this basis, shifting the shorter delay downwards creates a situation where the delay processing is encouraging the stereo image to lean one way, but the pitch processing is mitigating that by encouraging the stereo image to lean in the opposite direction. However, it has to be said that in most situations where the effect level is quite low (as it would tend to be in most modern mixes), the audible difference between applying the shifting either way round will likely be negligible in practice.

To address your second question, one of the essential difficulties of stereo mix translation is that any instrument that feeds the stereo Sides component (ie. any mono track that’s panned off-centre or any inherently stereo tracks) will lose apparent level when the mix is summed to mono, relative to any mono tracks that are panned centrally. Given that vocals are so often panned centrally, it’s not uncommon to find that the apparent vocal level in a wide-sounding mix suddenly seems a lot higher when you listen in mono.

One way to reduce this disparity is to pull down the level of the vocal channel slightly, and then restore its apparent level in stereo, by boosting its contribution to the mix’s stereo Sides component using stereo widening effects. That being said, an increase in the apparent vocal level when switching to mono isn’t necessarily a bad thing in practice, given that vocal intelligibility is so often compromised in real-world single-speaker listening situations — by poor-quality hardware, distant/off-axis listening positions, and high levels of background noise. As with many mixing issues, your safest option is to take your cue from commercial tracks in your genre when it comes to judging how vocal levels translate between stereo and mono playback scenarios.