Q. Is it worth recording at a higher sample rate? 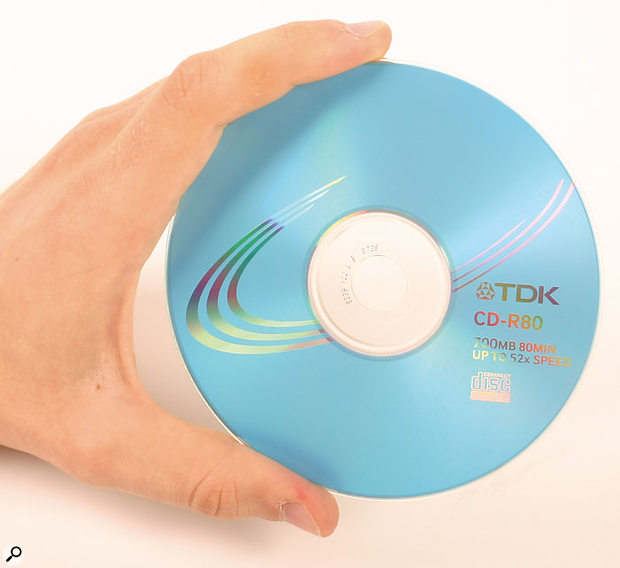 I've recorded several songs in 24-bit/48kHz. When I went to burn the CD, the application I'm using for burning (Nero) did not recognise the files. I had to convert them to 16-bit/44.1kHz first. So does it make a difference in the audio quality of the final CD tracks to record at the higher rates when it's then converted back to 16-bit/44.1kHz? Maybe it's not worth getting a fancy audio interface after all?

Technical Editor Hugh Robjohns replies: If your end format is destined for a 44.1kHz sample rate — the standard audio CD format (the 'Red Book' standard) is 16-bit/44.1kHz — there is no point in recording at 48kHz in the first place. There is no significant quality gain involved in using a fractionally higher sample rate (48kHz is only eight percent higher than 44.1kHz), and the technical losses and time involved in sample-rate conversion aren't very constructive either.

I would recommend recording your material at 24-bit/44.1kHz and then truncating and re-dithering the finished tracks to 16-bit as the final stage before burning the CD. There is a useful advantage in recording your original material with 24-bit resolution, as this increases the dynamic range available to you. This translates into greater headroom and a reduced risk of overloads and transient clipping.

If you want to start with higher resolution source recordings, possibly with an eye to releasing the material on high-resolution formats in the future, then you have a choice of sample-rate options. Obviously, sample-rate conversion will be needed for a CD release, and many argue in favour of recording at 88.2kHz as this is double 44.1, making the down-sampling relatively simple.

In the early days of sample-rate conversion this made a significant difference to the resulting sound quality, but modern sample-rate converters appear to handle non-integer conversions with no loss of quality at all, and a 96kHz sample rate is more widely used in high-resolution formats. In my opinion, there is very little to be gained in going to higher sample rates, so I would use 24-bit/44.1kHz for a CD-only release (reducing to 16-bit/44.1kHz at the last possible stage), and 24-bit/96kHz for everything else.