Q. Should I be worried by port chuffing on my monitor speakers? Skip to main content

Q. Should I be worried by port chuffing on my monitor speakers? 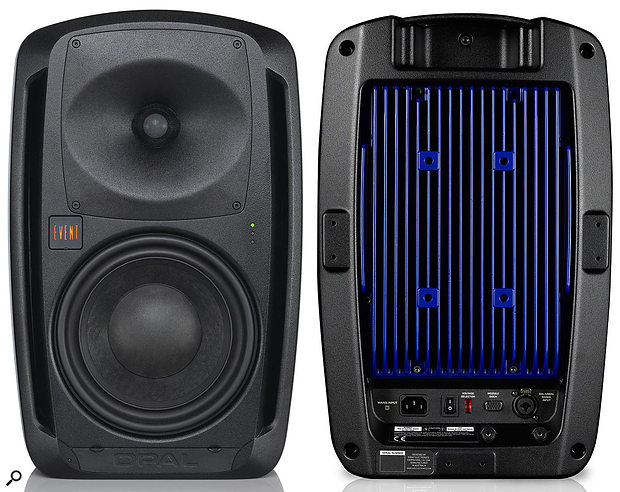 Don’t write off strange low-frequency noises as a problem with your monitors — very often the problem lies somewhere else, and a few quick tests can point you in the direction.

I recently bought myself a pair of Event Opal speakers. I’ve only had them for about 10 days, so I’m still getting used to them and tinkering with placement and so forth, but on the whole I’m very pleased with them. I was unable to audition them before buying, so bought them ‘blind’, having spent a lot of time reading about them. One thing that seemed to get a lot of mentions was bass-port chuffing and other rattles/noises when playing low-frequency material, such as low kick drums and sine-wave basses. In one forum thread, someone posted a video where they played the low-frequency heartbeat sound effects at the start of Michael Jackson’s ‘Smooth Criminal’ through the speakers [in which the chuffing can be clearly heard]. I’ve listened to the Jackson number and I do indeed hear chuffing sounds, but have no idea what is fair or unfair to expect. No disrespect to Michael Jackson, but are there other, more scientific tests I can run?

SOS engineer/producer Mike Senior replies: There are many reasons why you can get unwanted extraneous noises when you play low-frequency information through nearfield speakers, and although ‘chuffing’ (air turbulence occuring in the bass reflex port) is one possible culprit, there can be many others too, such as distortion from driver nonlinearities, physical vibrations from the speakers causing buzzing resonances in studio furniture, or rattling of insufficiently secured components within the speaker of itself. Although the Michael Jackson track may highlight that some of these issues are at work here, the transient nature of the heartbeat sound effect and its mixture of different frequencies make it difficult to troubleshoot specific problems.

Much more useful, to my mind is a ‘semitone staircase’ of steady-state low-frequency sine-wave tones — you can download one in WAV format from www.cambridge-mt.com/ms-ch1.htm#audio. Because this test signal comprises only a single frequency at any given moment, it’s much more revealing of exactly what’s behind any unwanted noises. Pure distortion, for instance, shows up as ghostly higher-frequency overtones or a subtle timbral shift away from the mellow purity of the sine-wave timbre towards the hollowness of a square wave. Furniture resonances are also much easier to spot and deal with using steady-state tones, because you can loop the tone that’s causing the unwanted buzz and then go round your studio hunting for its exact source at leisure, either by simply following your ears, or by pressing on different furniture surfaces to feel for induced vibrations. Its not uncommon to find the desk in project studios vibrating in sympathy at some frequency or other, particularly if the speakers are resting on the desktop rather than on separate speaker stands, and it’s a dead giveaway if leaning on the desk surface damps the buzz! If it is indeed port turbulence you’re hearing, you’ll almost certainly hear it increase the more the cabinet’s air resonance is excited — put your hand close to the port to feel the amount of air flow, and the correlation should be obvious if that’s the cause.

Whatever the cause of the things you’re hearing in your case, though, it’s tricky to judge their severity in isolation — that’s the problem with buying blind, I’m afraid! My best suggestion would be to find a project studio (perhaps that of a like-minded SOS forum-ite?) in your area where you can take your speakers and compare them side-by-side with some others, with the help of the that sine-wave test file.