Q. Should I buy a vintage analogue synth or a modern modelling synth?

I want to buy a 'knobby' synth because I am fed up of setting up sounds with a data wheel. I also want a very analogue sound. I am thinking of buying a modelled synth but, at the same time, I would really like a genuine vintage synth to get a 'real' analogue sound (and because they look so cool!). Any pointers would be appreciated.

SOS contributor Steve Howell replies: As was pointed out in Sounding Off in SOS February 2004 (www.soundonsound.com/sos/feb05/articles/soundingoff.htm), analogue synths are not without their pitfalls. Firstly, assuming you can actually find a good example of the synth you favour, they can be costly to buy but, more importantly, they can also be costly to maintain.

When buying a vintage synth, you should check for noisy pots and switches. Whilst these can often be fixed with a squirt of an appropriate contact cleaner, replacing them can be expensive, especially if the pots are surface-mounted to the PCB and/or the switches aren't now available. You might think that noisy pots aren't really a problem, but a large part of the appeal of a knobby synth is the ability to tweak controls during a performance — there's nothing worse than your ripping solo being spoilt by the intrusive sound of crackles!

You must also check out the keyboard. Often, the keyboard mechanism on these old synths is very simple and it is all too easy for the contacts to break (or become bent or twisted so that they don't make contact). You can sometimes fix these yourself if you're handy with a soldering iron, but getting them repaired or replaced by a specialist is likely to set you back a few bob! And what about MIDI? Most old synths don't have it, although they can usually be triggered by control-voltage (CV) and Gate signals. So if you want to integrate the vintage synth into an existing sequencing setup, you're going to have to seek out an example that has a MIDI retrofit, or budget for some kind of MIDI-to-CV converter. 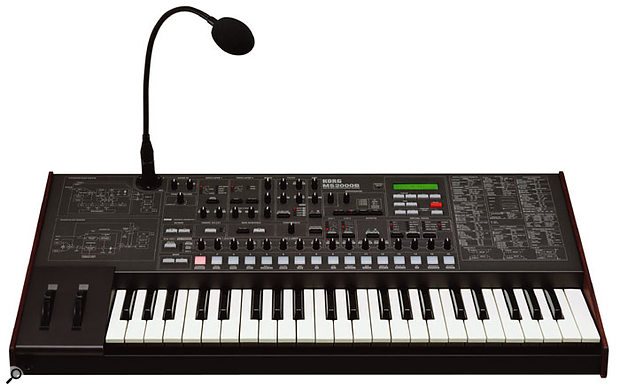 Korg's analogue-modelling MS2000B synth is more flexible than the vintage MS20 (top) and still offers plenty of 'tweakability'... but is it as desirable?

Then there's the sound-generating circuitry itself. By definition, it's going to be old, and components may be failing, leading to tuning and other instabilities as well as noisy outputs — I once tried an ARP Axxe that sounded as though someone was frying bacon in the background! Not only are these problems potentially costly to repair but it could well be that some components are simply not available any more, especially if the manufacturer used any integrated circuits that are now in short supply, or worse, custom components.

Of course, if you buy the synth from a reputable dealer who specialises in vintage synths, a lot of these issues can be avoided, as the stuff they sell will invariably be refurbished (or at least serviced prior to sale) and will often carry some form of warranty. You will pay a bit more for that peace of mind, understandably, but it can be worth it.

You should also listen carefully to anything you are thinking about buying — or even do a blindfold test — and ask yourself, "Does it actually sound good?". Do not allow yourself to be deluded by the attractive retro looks or the allure of owning a genuine analogue. Due to component tolerances (and failing components), not every analogue synth sounds good (or even the same as another identical model). And just because it has a Moog badge on it (or whatever), don't consider that a guarantee of 'fatness', 'warmth' or any other adjectives that are applied with dewy-eyed nostalgia to anything vintage. 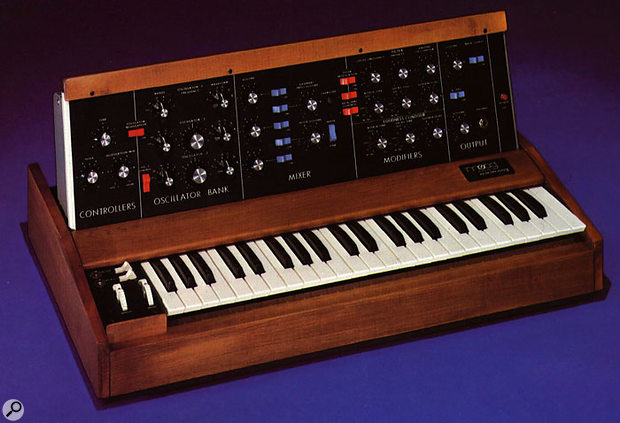 If you have to have a true analogue synth, the Voyager by Bob Moog (above) might be expensive, but you won't find a MIDI-equipped original Minimoog (top) in pristine condition and perfect working order for less money, if at all.

I had lusted after an ARP Odyssey since the time I tried one as a teenager in Rod Argent's Keyboards back in the mid-'70s, and when one was offered to me many, many years later for a very silly price, I bought it on spec without checking it out first — bad move! When it arrived, it looked gorgeous — a prime example of a white-faced original, with all its sliders intact — but it was a totally underwhelming example of the instrument, and not at all what I had been remembering so fondly. I guess what I am saying is, don't buy an old synth wearing rose-tinted spectacles. If you do, you may well be in for a disappointment!

Modern, modelled synths are often a much better bet as a long-term investment. To all intents and purposes, and perhaps contentiously, they sound equally as good as the majority of vintage synths, if not better in some respects. They are inherently more flexible, are usually polyphonic, and are often more versatile, with sound-shaping facilities that the originals could only have dreamt of. They are also usually multitimbral, come with effects to polish the sound built in, and may have sophisticated (and often programmable) arpeggiators. They might not sound exactly like a vintage Moog, ARP, or Roland, but they're pretty close, and (unless you're very unlucky) won't spend much time being serviced.

I guess the only slight downside to these modern, modelled synths is that whilst many have plenty of knobs, they don't always have a control or switch for every parameter, unlike original analogue synths. Often, the less frequently used parameters on the modelled versions are accessed via an LCD and menus. However, it's perfectly possible to create very vibrant and convincing analogue synth sounds without ever having to delve into the more obscure aspects of the synth's programmability.

No-one has a greater respect for old synths than I do — after all, they paved the way to the technology we enjoy today. But just because a synth is old and carries a badge doesn't make it good. Witness the Polymoog — what a weak-sounding, unreliable crock! There are some great old synths out there if you can find a good example of one that satisfies your requirements and budget, but don't dismiss the more recent modelled hardware synths.