Q. What Speakers Do I Need For Surround Mixing? 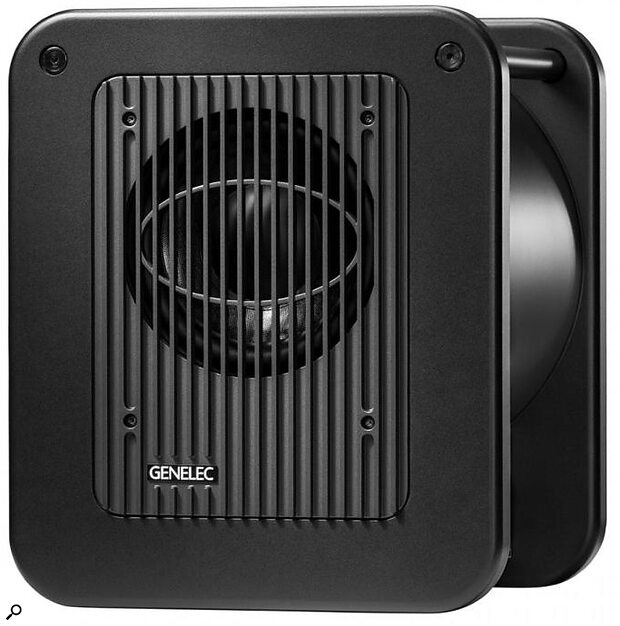 A subwoofer tends to play a different role when surround mixing for music than for audio‑visual projects — but either way, it’s important because surround listeners will probably have a sub.

I’d like to be able to do some surround mixing in my home studio. I already have stereo monitors and have enough outputs on my interface. Can I just add three more of the same speaker, or do I need to get a dedicated surround system?

Also, do I really need a sub for 5.1 mixing, or can I just use five speakers the same way that I use two for stereo?

SOS Contributor Phil Ward replies: There are two fundamental questions here, so I’ll try and answer them individually. However, some of the issues they raise do overlap — so be prepared for some complication!

The straightforward answer to the first question is, yes, you can just add three more of the same speakers. In fact, depending on your ambitions for ‘surround mixing’, you can add as many speakers as you have outputs for. The world of multichannel mixing is moving fast towards an ‘object‑oriented audio’ model in which you don’t think of the output in terms of a mix spread across a fixed number of channels but, rather, position audio objects in space and leave the downstream multichannel playback processing to decide how that is best achieved given the number of channels/speakers available. Having said that you can add more of the same speakers, they don’t necessarily have to be the same, although it will probably help with tonal consistency across the mix if they are (or are of a similar type and brand).

Having said that you can add more of the same speakers, they don’t necessarily have to be the same...

The concept of what you describe in the question as a “dedicated surround system” is really an artefact of consumer audio systems. In that context, speakers need to be compatible with domestic environments and so take on particular dimensions and form factors in order to achieve a reasonable degree of domestic acceptability. So centre channel speakers are typically of a landscape D’Appolito (mid/bass, tweeter, mid/bass) format that fits conveniently below TV screens, and surround speakers are relatively small, with consequent low‑frequency bandwidth limitations, so as not to take up too much room space. Some domestic surround speakers are also designed to have a dipole dispersion characteristic, with the ‘null’ directed towards the listening position so that their source position is less apparent and their contribution more diffuse. That idea is fading these days, however, as the previously mentioned object‑oriented approach gains momentum. With object‑oriented audio you don’t rely on surround channel dispersion to create your diffuse surround effects but create the effect required within the multichannel output.

Moving on to the second question, as framed, it appears to reveal some confusion over the role of a subwoofer, so I’ll try and clear that up. The original idea of a subwoofer in consumer hi‑fi, back before the concept of home cinema (‘home theatre’ in the US) and 5.1 audio was even a thing, was to take responsibility for the low‑frequency band, below, say 80Hz, away from the left‑ and right‑channel speakers and reproduce it in mono via a single large ‘bass speaker’. The advantages were, firstly, that the main speakers could be made more compact and, secondly, that a single subwoofer is relatively uncritical of positioning. (It also meant hi‑fi dealers could sell three speakers for stereo rather than the traditional two!) The main point to take from this, though, is that the traditional use of a subwoofer is integral with conventional stereo programme material.

When 5.1 channel material made its way from the big screen into the home, though, the role of the subwoofer changed. In 5.1 audio, the material the subwoofer plays has little to do with the main left and right speakers. The subwoofer is not present to play the bass that the main speakers would otherwise handle, it’s present to play a specific audio channel known as LFE (Low Frequency Effects). So, if you’re mixing 5.1 and the material includes, for example, explosions or very low‑frequency rumble and drones, you very much do need a subwoofer because that’s where those sounds need to be routed. If an end customer has a multichannel system that doesn’t include a subwoofer and they play 5.1 material, one of two things will happen: if the system is set up properly, the LFE channel will be appropriately folded into the main left and right channels by routines built into the 5.1 decoding firmware, and if it’s not set up appropriately, the LFE channel will simply not be played or heard.

Now, I’ve implicitly assumed in the previous paragraph that if you’re mixing for 5.1 you’re probably involved in audio‑visual work and not just music. But what if you’re doing a 5.1 music mix? Well in that case, as you probably won’t be dealing with many explosions (unless it’s a Spinal Tap mix, obviously), what do you do with it? There are a few options. Firstly, you could choose to not use it at all, and that’s fine (and actually not uncommon). Secondly, you could arbitrarily decide to send any very low‑frequency components of the mix to the subwoofer alone. And thirdly, you could actually decide to employ the sub in the old‑fashioned way and use it to take some of the low‑frequency load away from the main left and right speakers... which kind of takes us back to where we started.

There’s a multitude of ways to skin this particular cat but still, fundamentally, if you’re mixing for 5.1, you need a subwoofer because a lot of your end customers will have one.