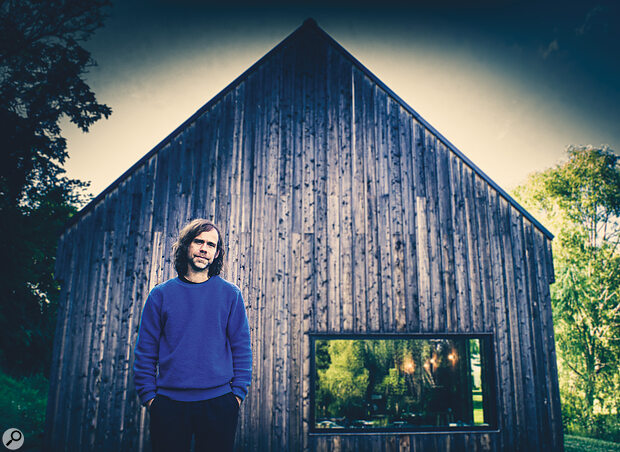 Few artists during the pandemic have been as prolific as Taylor Swift. In July 2020, she surprise‑released folklore, a double‑length album recorded entirely remotely and in isolation. It went on to become the biggest global seller of the year, with four million sales and counting. Then, in December, she repeated the trick with the 15‑song evermore, which quickly became Swift’s eighth consecutive US number one.

In contrast to her country‑music roots and the shiny synth‑pop that made her a superstar, both folklore and evermore showcased a very different Taylor Swift sound: one veering more towards atmospheric indie and folk. The former album was part‑produced by Swift and her regular co‑producer Jack Antonoff (St Vincent, Lana Del Rey), while the other half of the tracks were overseen by a new studio collaborator, Aaron Dessner of the National. For evermore, aside from one Antonoff‑assisted song, Dessner took full control of production.

Although his band are hugely popular and even won a Grammy for their 2017 album Sleep Well Beast, Aaron Dessner admits that it initially felt strange for an indie‑rock guitarist and keyboard player to be pulled into such a mainstream project. Swift had already declared herself a fan of the National, and first met the band back in 2014. Nonetheless, Dessner was still surprised when the singer sent him a text “out of the blue” last spring.

“I mean, I didn’t think it was a hoax,” he laughs. “But it was very exciting and a moment where you think it’s like serendipity or something, especially in the middle of the pandemic. When she asked if I would ever consider writing with her, I just happened to have a lot of music that I had worked really hard on. So, the timing was sort of lucky. It opened up this crazy period of collaboration. It was a pretty wild ride.” 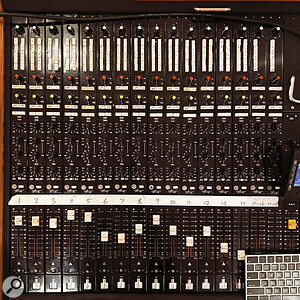 Long Pond’s WSW/Siemens console is thought to be one of only three in the USA.Photo: Jonathan LowSince 2016, Aaron Dessner has been based at his self‑built rural facility, Long Pond Studio, in the Hudson Valley, upstate New York. The only major change to the studio since SOS last spoke to Dessner in October 2017 has been the addition of a vintage WSW Siemens console built in 1965. “It had been refurbished by someone,” he says, “and I think there’s only three of them in the United States. I heard it was for sale from our friend [and the National producer/mixer] Peter Katis. That’s a huge improvement here.”

Although the National made Sleep Well Beast and its 2019 successor I Am Easy To Find at Long Pond, the band members are scattered around the US and Europe, meaning Dessner is no stranger to remote working and file sharing. This proved to be invaluable for his work with Swift. Dessner spent the first six weeks of lockdown writing music that he believed to be for Big Red Machine, his project with Bon Iver’s Justin Vernon. Instead, many of these work‑in‑progress tracks would end up on folklore. Their first collaboration (and the album’s first single), ‘cardigan’, for instance, emerged from an idea Dessner had been working on backstage during the National’s European arena tour of Winter 2019.

“I sent her a folder and in the middle of the night she sent me that song,” Dessner explains. “So, the next morning I was just listening to it, like, ‘Woah, OK, this is crazy.’”

As work progressed, it quickly became apparent that Swift and Dessner were very much in tune as a songwriting and producing unit. There was very little Dessner had to do, he says, in terms of chopping vocals around to shape the top lines. “I think it’s because I’m so used to structuring things like a song, with verses and choruses and bridges,” he reckons. “In most cases, she sort of kept the form. If she had a different idea, she would tell me when she was writing and I would chop it up and send it to her. But, mostly, things kind of stayed in the form that we had.”

Dessner and Swift were working intensively and at high speed throughout 2020, so much so that on one occasion the producer sent the singer a track and went out for a run in the countryside around Long Pond. By the time he got back, Swift had already written ‘the last great american dynasty’ and it was waiting for him in his inbox.

“That was a crazy moment,” he laughs. “One of the astonishing things about Taylor is what a brilliant songwriter she is and the clarity of her ideas and, when she has a story to tell,...