Q. Why can't I do all my mixing on headphones? 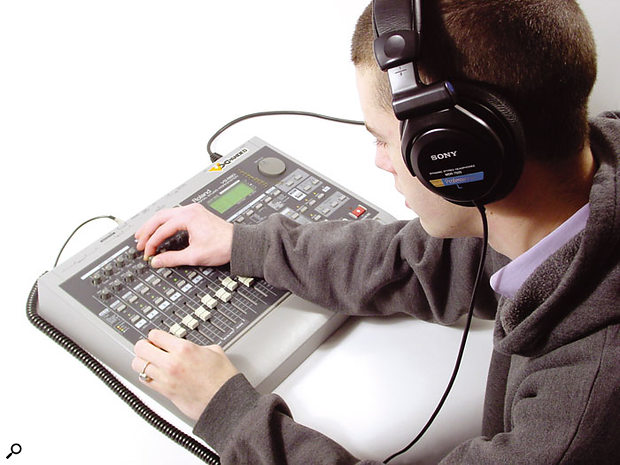 Using headphones while mixing can be useful, but is no replacement for mixing on monitors.

Every article I have read on the subject of mixing states that you want to have an 'uncoloured' room sound and talks about acoustic treatment and the problem of room reflections. But if you want an uncoloured sound and you have poor acoustics, wouldn't it be better to mix using headphones, which will have no issues with room acoustics at all? Even the best nearfield monitor is still affected by room acoustics.

Technical Editor Hugh Robjohns replies: There are pros and cons to mixing using headphones, as there are to mixing using monitors, but the bottom line is that one is not a replacement for the other — you really need both.

Good-quality headphones are useful for revealing some details that even the best speakers gloss over. In particular, I often find that it's much easier to hear edit points in the audio when using headphones — edits that sound perfect on speakers can sometimes be really obvious on headphones!

On the other hand, stereo imaging and panning information is much harder to judge on headphones, as is equalisation sometimes, and stereo mixes which sound impressive over headphones can sound very wrong on speakers, and vice versa. 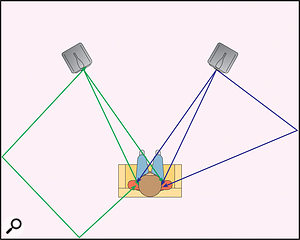 Unlike headphones, when listening to a pair of speakers in a room, both ears hear both the left and right channels.

When using headphones, the way our ears receive sound, and hence the way our brains analyse and process it, is radically different to the way things work when we use loudspeaker monitors. Clearly, when wearing headphones, each ear will only hear the audio carried on the relevant channel, but when listening to a pair of speakers in a room both ears will hear the signals produced by both the left and right loudspeakers. The timing differences associated with this acoustic 'crosstalk' between the two channels and each ear lie at the core of the 'stereo illusion'. This is what allows us to perceive phantom images between the speakers, and coincident-mic and stereo-panning techniques (which employ only level differences between the two channels to convey the spatial information) rely entirely on this acoustic crosstalk to work properly.

When listening to ordinary stereo material via headphones, this interaural timing information is missing — we have only the differences in level between the two channels to go on — and hence the stereo images become non-linear and ill-defined. In fact, most people perceive the individual sound sources to lie on a line running directly through the centre of the head, instead of being portrayed in front of us as they would be with loudspeakers. This radically different presentation is what makes judging stereo signals and panning mono ones so much more difficult on headphones.

There are ways of introducing interaural timing differences for headphone listeners. The binaural recording technique is one way (see my article on stereo recording techniques in SOS March 1997), and HRTF (head-related transfer function) processing is another, but neither really recreates a true stereo image for most people in the same way as listening on speakers can.

If your room is acoustically problematic and you have poor monitors, then headphones may well be a better and more reliable approach. It is certainly possible to achieve good results by mixing using headphones alone, although it does take practice and require a good deal of familiarity with the particular headphones you use. But whichever way you look at it, using headphones, it is a lot harder in some respects to achieve the same kind of quality and transferability that comes more naturally on good monitor speakers in a reasonably good acoustically-treated room.