Q. Why does reverb sound different on headphones? 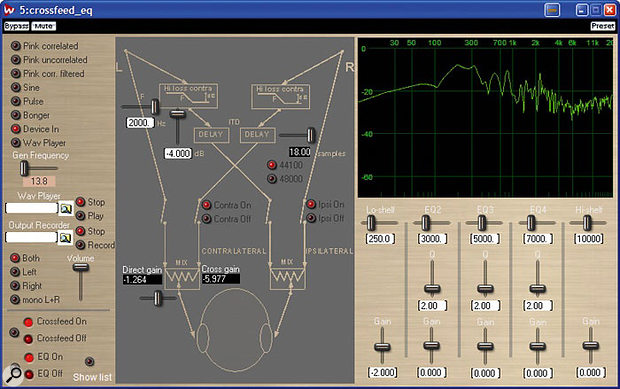 Why is it that reverb is so much more audible on good headphones than good speakers? Is it to do with the ambient noise or reflections in the room, something about the width of the stereo stage (though it persists when monitoring via a crossfeed EQ), or simply that my ‘good speakers’ aren’t good enough? Or is it something else entirely?

I have to do a lot of work on headphones currently, and while I can usually judge the character of reverb without a problem, what sounds like a fairly wet mix on ‘phones can sound quite dry on speakers — and often, it’s not a subtle difference! 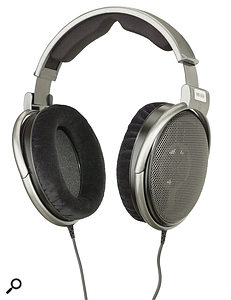 Many people seem to hear reverb more clearly in headphones and, consequently, end up with drier-sounding mixes. And while crossfeed systems can mimic the sound of speakers, they don’t seem to ‘correct’ this perceived difference.Hugh Robjohns replies: You’re not alone in this perception; it’s something I hear people comment upon regularly and I’ve experienced myself. I believe the effect is due to the very different way that our brains process sound when presented via headphones compared to speakers. The fundamental difference, of course, is that when listening to speakers both ears hear both channels plus the indirect sound bouncing around the room, whereas with headphones each ear hears only one sound channel and no room contribution. As a result, the different and distinct reverb signals in the left and right channels are interpreted as separate sources, not disregarded as part of the general room ambience, and so acquire a greater prominence within the mix in our perception.

That being the case, you might expect the use of a ‘crossfeed’ process in the headphone monitoring system to remove or reduce this effect, but it seems not to. (And while I know some find them useful, I’ve found most crossfeed systems don’t really simulate loudspeaker listening accurately for me anyway!)

I’ve also found a similar effect with some monitoring speakers combined with over-damped listening rooms. I remember clearly being rather surprised at the clarity and prominence of the reverb in a mix the first time I auditioned some ATC SCM100 monitors (compared to the BBC’s ubiquitous LS5/8 studio monitors). The effect wasn’t quite as strong as it can be on headphones, but it was a similar embellishment, which I’ve come to associate with the ATC mid-range driver. This makes me wonder whether phase relationships across the frequency range play a role. I’d be interested in hearing any other theories or explanations of this effect.