Q. How important is a microphone’s self-noise figure for sound-design work? 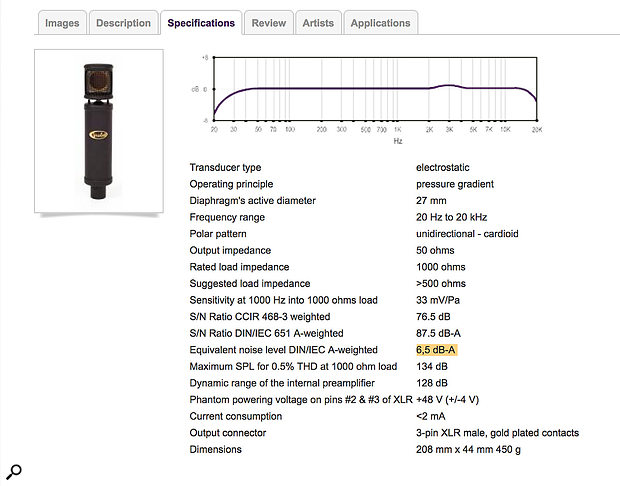 I’d like to get a mic for sound-design work. Specifically, I wish to record quiet sounds, amplify them and mangle them with various processes in Reaper. How important is the self-noise figure of the mic — or is it the case that the noise in the room is more problematic and that any half-decent condenser will be up to the job? I saw Hugh Robjohns’s review of the Violet Design Black Knight, which said it had very low self-noise, and the price looks decent too. Might this be a good option? Or are there better mics for this task at a similar price?

SOS Technical Editor Hugh Robjohns replies: This apparently simple question generates a surprisingly involved answer but, in short, the Violet Black Knight would probably be as good as any other good-quality, large-diaphragm, cardioid mic, although it might be worth considering a multi-pattern or even shotgun (interference tube) mic if you need to minimise the impact of off-axis sounds from your recordings, which is something that may become particularly important if recording on location.

There are really three sources of noise to think about in this kind of scenario. First is the ambient room or environmental noise, then there is the self-noise of the microphone, and finally the electronic noise of the mic preamp.

You can minimise the ambient room noise by placing the microphone as close as possible to the sound source, so that you capture the strongest possible direct signal relative to the ambient room sounds. However, this can sometimes be counterproductive — particularly if the sound source is relatively large — as the closer the mic, the more it ‘hears’ only a smaller proportion of the sound source, which tends to give an ‘unbalanced’ or unrepresentative sound character. However, while this might be considered a disadvantage if, say, close-miking a violin, for sound-design work — and especially when you are planning to ‘mangle’ the sound afterwards anyway — it probably won’t be a huge concern. It’s also possible to minimise room and environmental ambient sound by placing acoustic screens around the sound source and microphone, and by using noise-reduction software in post-production, of course. 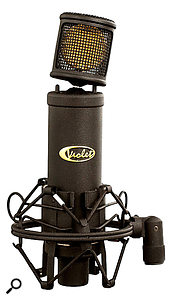 Just how meaningful or comparable are the noise figures listed in microphone manufacturers’ specifications?The microphone’s self-noise is obviously related directly to the type of mic you’re using, and there are two aspects to consider: the electrical design and the acoustical physics involved. Taking the last element first, the larger the capsule diaphragm the more of the sound-wave energy is detected, and the better the signal-to-noise ratio will be. Put another way, the physics always dictates that small-diaphragm mics are noisier than large-diaphragm mics. On the electrical side, the noise from a passive dynamic mic (moving-coil or ribbon) is determined principally by its output impedance, and is due to the thermal agitation of electrons within the conductors (called Johnson noise). A lower source impedance creates less Johnson noise.

In theory the (RMS) Johnson noise level produced by a 200Ω mic (at 20ºC and with a 20Hz-20kHz measurement bandwidth) will be -129.7dBu. If the source impedance is reduced to 150Ω the Johnson noise would fall to -130.8dBu, and a 50Ω mic would be even less at around -135.7dBu. If we use an A-weighted noise measurement (which is a reasonable thing to do given the ear’s sensitivity to different frequencies at very low levels) we would acquire figures roughly 5dB lower, or around -135, -136 and -141 dBu (A-weighted) for 200, 150 and 50 Ω sources, respectively (at 20ºC and a 20Hz-20kHz bandwidth). Although the Johnson noise level is temperature-dependent, taking the temperature down to -18ºC would only make it 0.5dB quieter, so there’s probably little practical advantage to recording sounds in a freezer!

With capacitor (and electret) mics, most of the noise is generated by the active impedance-converter electronics, and the microphone specification usually describes this in terms of the equivalent (DIN/IEC, A-weighted) acoustic sound-pressure level needed to generate the same measured RMS noise level at the output of the microphone. Typically, the quietest large-diaphragm capacitor mics specify self-noise figures around 4 to 6 dBA, although I’ve seen a few claiming lower. The quietest mic in my own collection is the CAD E100S, at a claimed 3.7dBA. Conventional small-diaphragm ‘pencil’ mics are inherently noisier than large-diaphragm mics, and range from about 12 to 15 dBA — so electrically roughly twice as noisy, although it tends not to be perceived as that much.

The third noise-contributing element is the mic preamp, which is necessary to raise the low output level of the microphone to a higher level we can use in signal processing devices and so forth. If a mic preamp raises the microphone’s output level by 66dB, it will obviously raise the mic’s Johnson or self-noise, and also the ambient room noise, by the same amount, and these account for the vast majority of the noise we hear at the preamp output.

However, every preamp will also introduce some further noise of its own, due to the Johnson noise of its own circuitry and the noise generated by the active circuit devices. Having said that, though, a well-designed mic preamp should introduce negligible noise of its own — a ‘noise factor’ of less than 1dB is not unusual.

Generally, the noise of a preamp is specified in terms of an Equivalent Input Noise, or EIN figure, but to be genuinely meaningful this specification must detail the source impedance, temperature and measurement bandwidth. Sadly, few manufacturers bother to do that, but these parameters all affect the EIN figure — especially the source impedance. Some manufacturers have provided an EIN figure acquired with a dead short across the input terminals, for example, which will give a rather misleadingly good result compared to a manufacturer that used a sensible 150Ω source.

The EIN figure is arrived at by connecting a known source impedance (typically a 150Ω metal film resistor wired between the XLR pins 2 and 3), setting the gain to maximum, and measuring the output noise level. So if the output noise measured -70dBu, with a gain of 60dB and a 150Ω source, the EIN figure is -130dBu (70+60 dB), and the preamp’s noise factor is 0.8dB (the difference between the measured EIN and the theoretical Johnson noise of a 150Ω resistor, which is -130.8dBu). In practice, most modern high-quality preamps can get extremely close to the theoretical limits.